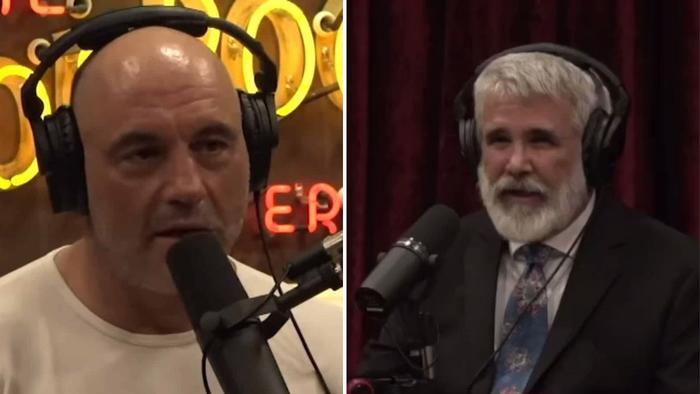 You knew it was coming…

Two weeks after Joe Rogan interviewed mRNA inventor Dr. Robert Malone on his Spotify podcast – which boasts 11 million viewers on average – an angry letter brigade of 270 doctors and scientists have written an open letter to Spotify to demand they censor Rogan and implement a Covid-19 “misinformation policy,” so that people, even highly trained virologist-immunologists such as Malone, can’t contradict ‘the science.’

Getting down to their core argument:

In episode #1757, Rogan hosted Dr. Robert Malone, who was suspended from Twitter for spreading misinformation about COVID-19. Dr. Malone used the JRE platform to further promote numerous baseless claims, including several falsehoods about COVID-19 vaccines and an unfounded theory that societal leaders have “hypnotized” the public. Many of these statements have already been discredited.

The links go to an instagram slideshow and three MSM ‘fact checks’ – one of which doesn’t even discuss Malone, and say his actions are not only “objectionable and offensive, but also medically and culturally dangerous.”

And of course, just three of the signatories are immunologists, roughly 10% are nurses or nurse practitioners, and 33 are some type of ‘assistant’ (professor, nurse, lab, etc.). In short – hardly any of these people are qualified to refute Malone, which is probably why they link to ‘fact checks’ instead of compiling their own response on the merits of what Malone said.

Hey @Mediaite. “Scores of Doctors” is a more accurate headline. It looks like dozens of MDs, a bunch of PhDs, and a lot of “others” (e.g. students, writers, communicators).

Please someone with the time to do this, cross reference the doctors who signed this letter and the ones who signed that letter declaring racial injustice a bigger threat to public health than covid to justify their support for BLM protests during the pandemic. https://t.co/dAkFuMXmHA

No wonder establishment lapdogs are in a tizzy…

For those who missed the podcast, our original post is republished below in its entirety.

If you’ve got three hours to spare, we recommend you watch the entire thing (cliffs notes here):

Malone, an expert in mRNA vaccine technologies who trained at UC Davis, UCSD and the Salk Institute, was suspended by Twitter with no explanation on Thursday. It appears he’s preparing to sue, as Alex Berenson is currently doing.

Dr. Malone discusses his suspension from both LinkedIn and Twitter for the crime of promoting “vaccine hesitancy.”

He argues that if the risks are not discussed, informed consent is not possible.

“Informed consent is not only not happening, it’s being actively blocked.” pic.twitter.com/cSWSA5S0bh

Joe Rogan questions big tech for censoring “one of the most qualified people in the world to talk about vaccines”Dr. Robert Malone.

Twitter is in no position to judge Dr. Malone. If he, as inventor of mRNA vaccine technology, is concerned, we should all be. If Big Tech and Big Pharma have another perspective, they’re free to voice it. But censorship of whistleblowing experts must not stand. #RestoreMaloneNow https://t.co/XcjUmSqNIC

The suspension came after Malone was vilified by a hit piece in The Atlantic which was funded by Facebook and Johnson & Johnson.

“Three days before this thing came out, the journalist – he previously publishes on ‘woke’ issues on the topic of higher education. He’s clearly hired. And they explicitly say the article was funded by the Robert Boyd Johnson foundation and the Zuckerberg-Chan initiative.

He was totally obsessed. ‘Robert, why are you saying these things? You must have some financial incentive. There must be some reason you’re doing this‘ – and I told him repeatedly, ‘because it’s the right thing to do.’

I think I’m the only one who has been involved deeply in the development of this tech, that doesn’t have a financial stake in it. For me, the reason is, because what’s happening is not right. It’s destroying my profession. It’s destroying the practice of medicine worldwide … I’m a vaccinologist. I spent 30 years developing vaccines. A stupid amount of education learning how to do it, and what the rules are. And for me, I’m personally offended watching my discipline get destroyed for no good reason at all except, apparently, financial incentives, and – I dunno – political ass-covering?” -Robert Malone

As a creator of the mRNA tech, why is he speaking out? Dr. Malone responds: “Because it’s the right thing to do”.

“They are lawless. They completely disregard bio-ethics. They’ve broken all the rules that I know, that I’ve been trained on for years”. pic.twitter.com/mxG7phVhIJ

Malone then explained to Rogan how the Uttar Pradesh province in India crushed Covid with early treatment that included ivermectin, however he claims that the Biden administration met with Modi and a ‘decision was made not to disclose the contents of the treatment.’

Joe Biden met with Narendra Modi and a decision was made to not disclose the contents of the treatment. Why? pic.twitter.com/PG9AkhIHvG

They then went deeper into the topic of ivermectin and early interventions in general. According to Malone, “There are good modeling studies, that show a half a million excess deaths have happened in the US, through the intentional blockade of early COVID treatment by the US Government.”

Joe Rogan and Dr. Robert Malone on the villainization of Ivermectin.

Dr. Robert Malone: There are good modeling studies, that show a half of Million Excess Deaths have happened in the US, through the intentional blockade of early COVID treatment by the US Government. pic.twitter.com/lj9YKktcQZ

Dr. Robert Malone offers his observation of what could be behind the targeting of physicians,such as @P_McCulloughMD, who advocate for early COVID treatment to keep people out of the hospital.

He tells Joe Rogan to follow the money. pic.twitter.com/yI1Kc4k4gP

Malone and Rogan then got into some heavy science behind Covid – with Malone explaining how people with natural Covid immunity are at higher risk of adverse events from the vaccine.

“There is a number of things here that are not supported by the science.”

Joe Rogan and Dr. Robert Malone discuss how people with natural COVID immunity are at a higher risk of adverse events from the vaccine. pic.twitter.com/faAXiHMuL1

They then discussed the case of a 14-year-old girl who was injured by the vaccine, yet the incident was reported as a stomach ache.

“This young woman who was listed as having a stomach ache, when in fact what she had was a seizure. And she’s now wheelchair-bound with a nasal-gastric tube. One of 1,000 subjects.”

On Joe Rogan, Dr Robert Malone discusses an alleged whistler blower case where a teenage girl was severely injured by the vaccine, yet the incident was reported as a stomach ache. pic.twitter.com/KEOlL57T4P

Towards the end of the interview, Malone gets even deeper – suggesting that people are living through a mass formation psychosis – drawing parallels to 1920s and 1930s Germany, where “they had a highly intelligent, highly educated population, and they went barking mad.”

On Joe Rogan, Dr Robert Malone suggests we are living through a mass formation psychosis.

He explains how and why this could happen, and its effects.

He draws analogy to 1920s/30s Germany “they had a highly intelligent, highly educated population, and they went barking mad” pic.twitter.com/wZpfMsyEZZ

Robert Malone pointing out that Reuters are the fact checkers for twitter….and are tied to Pfizer.@joerogan looks genuinely shook by this.

The truth will come out. pic.twitter.com/CCSTV05mCo

And Twitter doesn’t think Malone’s voice deserves to be heard.

Why does listening to Dr. Malone on #JoeRogan feel like WW2 French Resistance trying to get outside info on a ham radio? 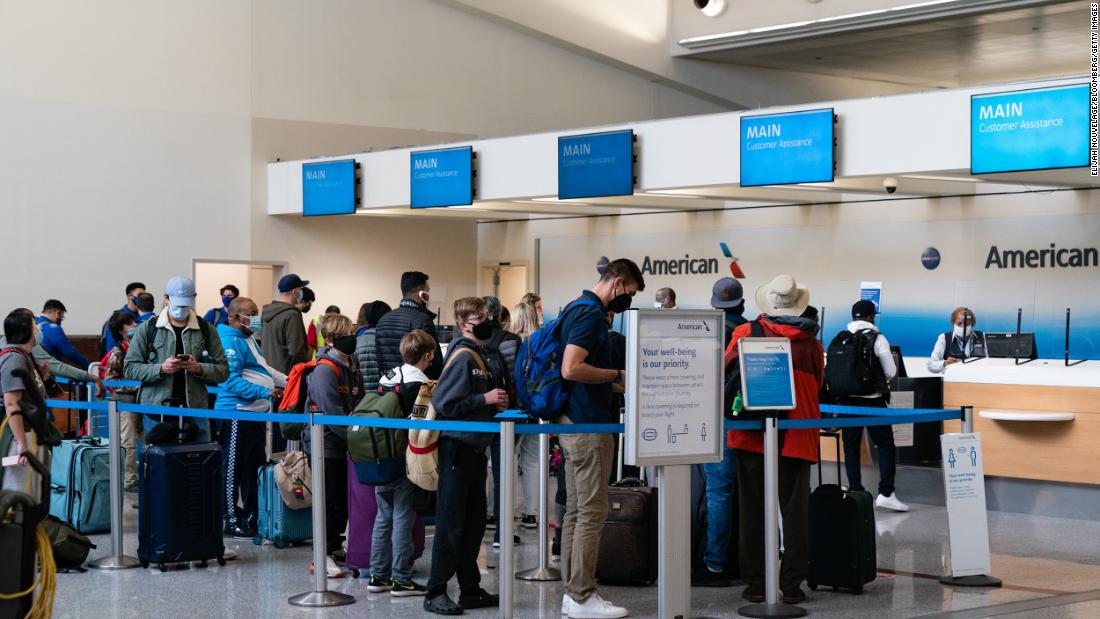 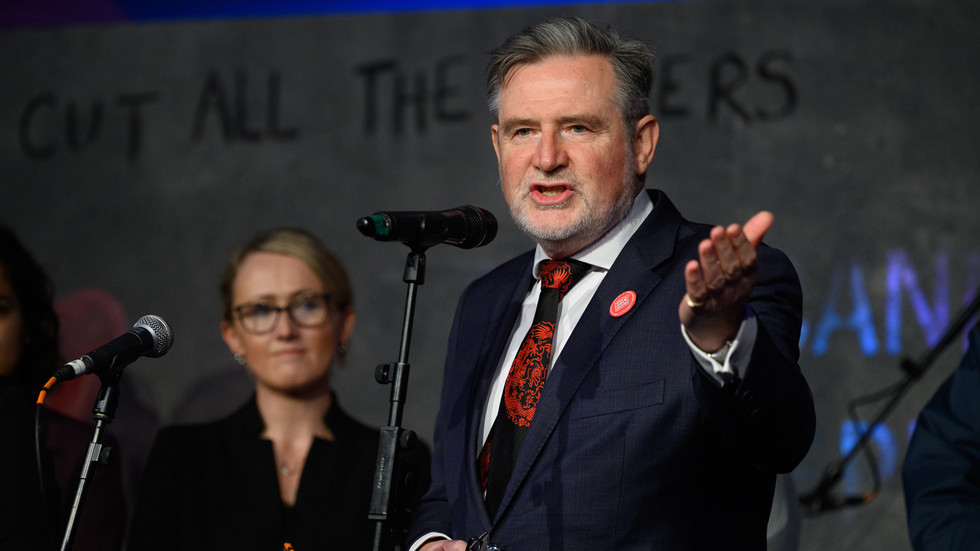