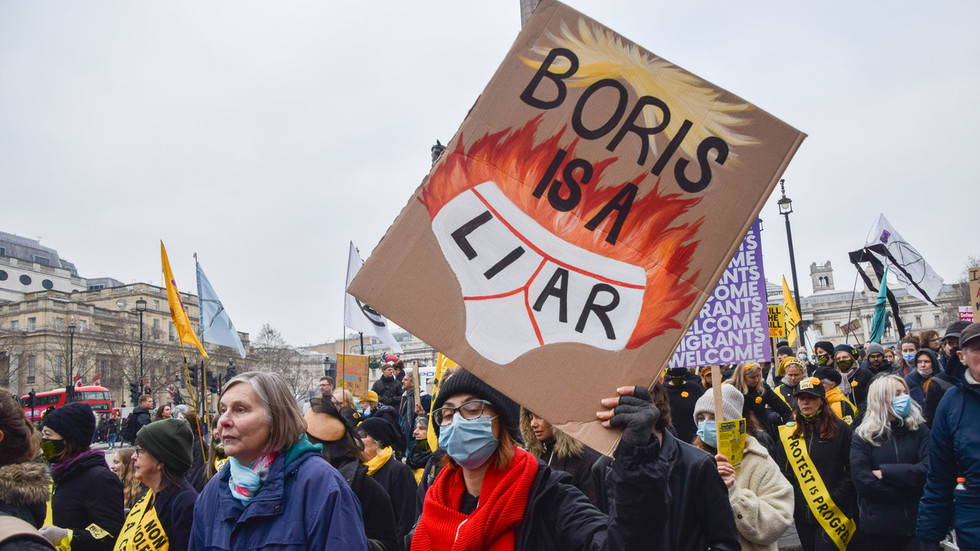 UK PM Boris Johnson not only knew a garden party held by his staff was a violation of his own government’s Covid-19 rules – he lied to Parliament about it, according to his former aide, Dominic Cummings.

A ‘socially distanced drinks’ event held in the garden of 10 Downing Street while England was under strict lockdown was planned by Johnson’s personal private secretary, despite protests by at least two people familiar with the country’s Covid-19 rules, Cummings wrote in a tweet and blog post on Monday. The prime minister’s former adviser suggested that Johnson had added insult to injury by lying about his knowledge of the party to Parliament.

Updated blog: PM was told about the invite, he knew it was a drinks party, he lied to Parliament https://t.co/J3jslbQV9A pic.twitter.com/UKCxKMM80k

Naming himself as one of the two staffers who protested the lockdown-violating party taking place, Cummings claimed to have written in an email that the event was “against the rules and should not happen.” While he did not personally attend the event, his retelling claims the party planner checked with Johnson to confirm the event should be held regardless of complaints from staff, and that Johnson not only gave the green light, but personally attended the party, which took place on May 20, 2020.

Cummings wrote on his Substack blog that he would “swear under oath” that Johnson knew the event was a drinks party, and that the prime minister had “lied to Parliament” when he apologized for attending the gathering, claiming he had thought it was a work event. In addition to the garden drinks event, Downing Street has been accused of holding several parties during the Covid lockdown, with the office last week apologizing to Queen Elizabeth over two events held the night before her husband’s funeral.

“The events of 20 May alone, never mind the string of other events, mean the PM lied to Parliament about parties,” Cummings tweeted.

Last month, Downing Street was again accused of violating its own lockdown rules with not just one but a string of holiday parties, triggering a government inquiry. However, the leader of that inquiry was forced to step down after it emerged that he too was aware of a lockdown-violating holiday party in his office.

Cummings himself resigned from his post as senior adviser to the prime minister in November 2020, six months after his own apparent violations of England’s lockdown rules sparked public ire. He said he had driven with his family some 260 miles across the country to his parents’ estate that March, categorizing it as “essential travel.” Cummings also said the family’s day trip to a castle 30 miles from where they were staying had been undertaken to “test his eyesight” prior to his return to London.