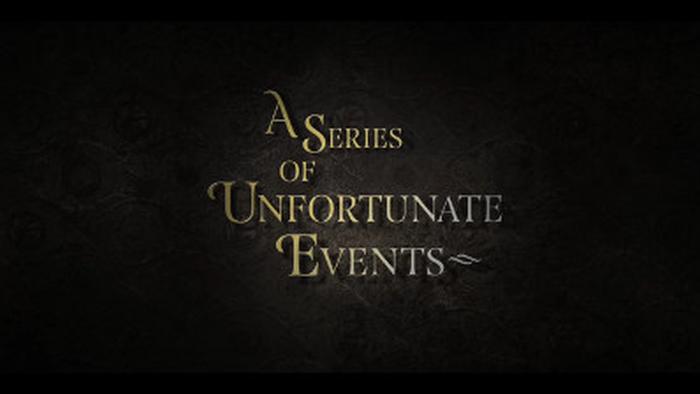 Authored by Bill Blain via MorningPorridge.com,

“If you don’t think about the future, you cannot have one”

Occasionally the Morning Porridge strikes a lucky insight on markets – this morning here are some thoughts on how 2022 markets and events may or may not develop. If they occur I shall hail myself an investment genius. If not, can we quietly forget them?

Suddenly everyone is talking about China’s escalating Covid Crisis – just how vulnerable the world’s second largest economy has made itself as a result of its draconian Covid Lockdown polices? Blocked ports, closed factories and crashing GDP. Of course, you could have read about that threat a month ago in the Morning Porridge: Where is China Going?

Having made that connection a while ago, I wondered last night if it might be worth throwing down as markers on markets for 2022?

After 2 weeks of the New Year, already its very clear 2022 is going to be utterly different to last year. The balance of the market has switched. In 2021 the “everything rally” was fuelled by easy central bank money, on-going Government Covid recovery and mitigation spending programmes, the market’s belief central banks would act to avoid any market instability from derailing sentiment, and the expectation Covid uncertainty would keep the liquidity spigots juicing the market.

This year is opening on a very different picture. Central banks will act to address inflation – seizing the chance to quietly normalise the last 12 years of monetary experimentation that so grossly inflated financial assets, and widened wealth inequality. The US Federal Reserve now says 3-4 hikes. Normalising rates and unwinding the quantitative easing programmes that juiced markets with liquidity over the last decade will have enormous market consequences if it goes wrong – and more than a few market analysts and members of the commentariat expect Central Banks will have to step and rescue markets when it inevitably goes head over heels.

Its good to know some folk still believe there is a “Heads I win, Tales you lose” scenario for markets. A diversity of opinion is what makes a market!

But most of us expect a difficult year. It’s not just how destabilisating rising/normalising rates become, or how inflation – “transitory” or “persistent” – develops and the danger it morphs into stagflation), or how quickly the global economy can put Covid behind it to start growing again. (Clue – China is a major factor in that equation.) That leaves geopolitical tensions over Ukraine and with China as the other known unknowns.

As a famous boxer once said something like: “I go into the fight prepared with a plan – which I stick with right up till I get punched hard in the face”. Investors are going to have to think hard and fast about what this market is signalling them through 2022. The game is changing.

One aspect I expect to change dramatically is “euphoric” market sentiment – the everything rally fuelled speculation to supercharged irrational levels, especially in meme stocks and crypto.  Sentiment, especially towards get-rich tech scams, is changing. I have developed and carefully calibrated my VSI system – Blain’s patented “Valuation Stupidity Indicator” – as a measure of just how daft markets are.

Basically… my VSI is ARK, Bitcoin, and Tesla.  They are all very different assets: Tesla has developed into a very fine car company but is massively overvalued, and down 14% already this year. ARK is an ETF of tumbling disruptive tech stocks that is down 17% this year, while Bitcoin is a ponzi-esque scam down 12% since Jan 1. The froth has come out all these games. They have all opened the year in negative territory, suggesting fundamental analysis and common sense is coming back into vogue.

To be fair, Morgan Stanley disagrees with me on Tesla – predicting a rally back to $1400 on the back of improving numbers and it’s already on the final lap of the EV marathon when everyone else is still tying their shoelaces… really? I predict everyone could be making decent EVs within a few years.. But, they won’t be.. and to find out why keep reading.

Let me run through some ideas for the coming year – let’s not over-aggrandise them with the title of predictions.

Inflation is nailed on – which is perversely good for stocks on a relative basis. The upside will come from higher corporate dividends as the globe recovers from Covid – if it does. Sound stocks which will continue to beat risk adjusted bond returns. But, it will be a selective market – distributable profits increasingly matter as rates rise, spelling crisis for the Tech sector where unprofitable firms telling the pursuit of size over returns will struggle. In a rising rate environment fundamental value stocks will outperform. (Might even send myself a No Sh*t Sherlock award for that particular observation.. and why not. I deserve it.)

I’m also expecting an ESG backlash to benefit the detested oil majors as Energy shortages in Q1 trigger a fundamental review of climate change transition, and the acknowledgement we can’t dump gas overnight and expect the global economy to keep working.

If we assume the global economy stages a covid recovery I’d expect a knee-jerk Q1 market rally, before rising rates, lower liquidity, economic reality and difficult to unravel supply chain issues leads to a pretty flat second half of the year.

This is going to be a miserable year for consumers; tax rises, massive increases in energy bills, food price inflation (have you seen how much fertiliser costs have risen? More than Gas!), rising rent and  accommodation costs, while rising subscriptions for modern necessities like Netflix will dramatically hit discretionary spending. Wages are likely to remain sticky for most workers, unless they are prepared to move into the more challenging sectors like service, entertainment and logistics where wages are rising because no one wants to do these jobs.

Issues like consumer exposure to interest free debt (like Klarna) could prove “interesting” – if discretionary spending falls, then so will the amount of consumer free-cash to service debt. How big a recovery will we get when everyone is broke?

Forget transitory – that’s a 2021 expression. Supply chain bottlenecks triggered inflation – but they have themselves spawned significant consequences. We’re now seeing wages and supply chains evolving in ways likely to reinforce rising inflation in an unbalanced economy. Energy prices will hoick inflation. While 6-7% inflation rates will characterise the early part of the year we may see moderation to 4% later – but that will be remained sustained as the economy adjusts and finds a new equilibrium at a higher permanent inflation rate. 4% inflation will leave the European Central Bank more than a few headaches explaining it to the Germans.

The market expects the Fed could hike 4 times this year. The Bank of England has already hit the button. Rising rates mean a bad year for bonds – but remember financially sovereign government debt is the ultimate safe haven if markets snap – which I why I don’t recommend European debt.

Credit will be a much tougher market. The last time corporate defaults spiked was 30 years ago. We’re likely to see an acceleration of corporate defaults which have been artificially low for over a decade due to ultra-low rates allowing unfit companies to survive. That could get very messy due to terminally dismal liquidity in bond markets – which will set like concrete when the selling starts. Corporate spreads will widen – and the markets will have to relearn the fundamentals of credit strength.

Don’t panic about Credit – I’ve got a plan, and will be reopening Blain’s Bespoke Bond Brokerage service in time to bail out holders. I won’t offer immediate bids on bonds, but will find a bespoke exit.

The big risk is a crash in credit markets and an illiquid market results in contagion into other markets as investors have to sell stocks, real assets or property to cover losses in bonds.

No contest. Gold will win. I’ve heard Crypto enthusiasts push their argument Bitcoin is digital gold. They argue Gold is as destructive to the environment as Bitcoin. Really.. But Gold is also real. Bitcoin isn’t. You won’t see millions of Indian girls wearing bitcoin at their weddings – a significant source of gold demand! I also read lots of real asset managers and investment funds are now seriously engaged in crypto. Of course they are… Not.

2021 demonstrated the dangers of ignoring Energy Sovereignty. Without it nations are vulnerable – as Europe is finding out. Ensuring sufficient stocks of energy – particularly oil and gas – will become paramount. ESG concerns will be dismissed as it becomes clear the optimal routes to Net Carbon Neutrality by 2050 depend on a phased approach with Gas replacing coal before Gas can be replaced itself. The likelihood is for oil and gas prices to remain elevated through 2022.

2022 could be the year the world wakes up to the fact wind and solar might be marvellous, but they wont green the planet. They are the least efficient source of renewable power – but the easiest to instal. They are proving more expensive than expected to maintain and operate, but can achieve easy funding at tight levels because every institutional investor wants to show off how green and ESG compliant they are by holding renewable assets.

A better route to zero carbon involves a much wider range of non-CO2 emitting, but more “difficult” energy sources such as tidal, nuclear and clean gas, and mitigants like reforestation and better waste carbon sequestration. These are all achievable – but difficult to finance because they are more difficult to do! Nuclear fusion – will remain a tomorrow solution. I haven’t mentioned hydrogen – because its far more difficult than folk expect in terms of infrastructure… but…

And finally, let me come back to EVs

A world where Rivian made 1400 cars in 2021 but is worth as much as the German auto sector has never made much sense. It makes even less when we appreciate that every single EV on the planet today is based on lithium batteries.

Lithium is getting more expensive every day. Lithium is a nasty, dirty dangerous element that will kill us all if it leaks into the water table. Whatever Elon Musk says, it’s very difficult to recycle. He wants to start digging up deserts to find his own lithium. There are rumours the Atacama Desert in South America could be mined to provide new lithium supplies.

If we are going to make 25 million EVs by 2030, then we either mine every single atom of it on the planet, or hope that a friendly asteroid comprising pristine lithium and cobalt makes a soft landing (as didn’t happen in the film “Don’t Look Up”). As that is unlikely to happen I expect EVs will get increasingly expensive and less attractive, opening the door to other technologies. We probably need a rethink on EV power – soon!

And there you are… a quick gallop around just some of the market themes that may or may not develop this year! 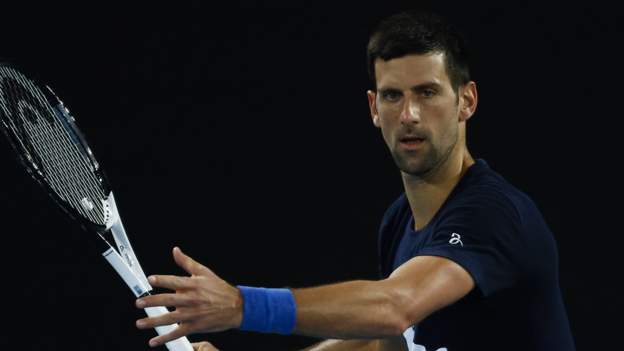 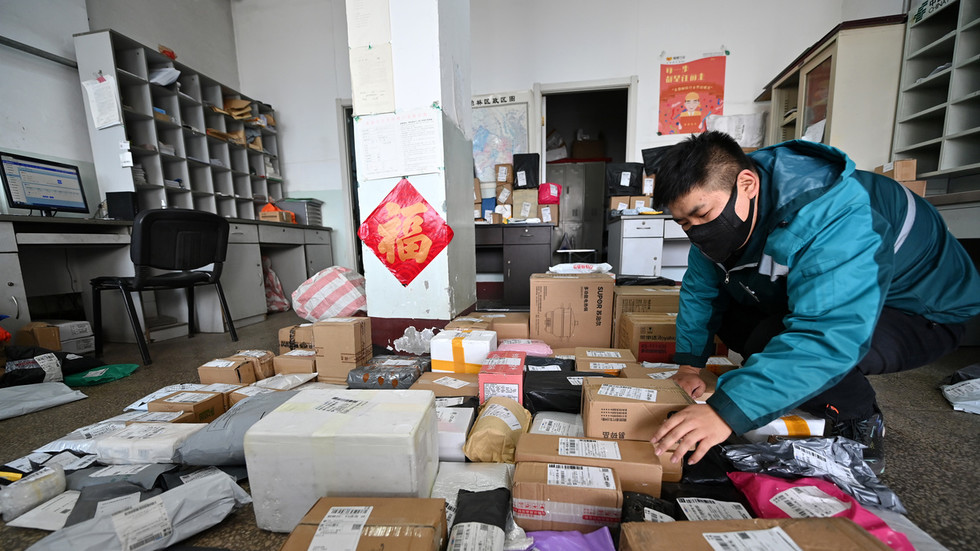