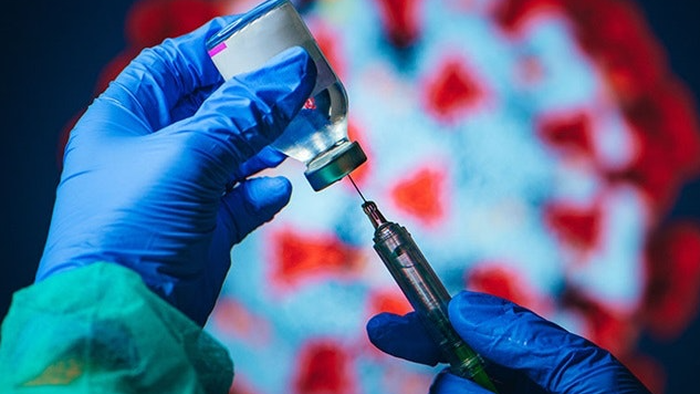 Is It Time To Short The Entire Vaccine Narrative?

This is what made putting the position on – shorting this market – such a bold and movie-worthy story. It defied expectations and was beyond belief.

When comes to the idea of Covid vaccines, few things look more steadfast as a certainty right now. Literally everyone is trying to convince you to get vaccinated, and the incessant campaign to remind you to do so is backed by limitless government resources and every “intellectual” that every mainstream media networks can find two minutes for to roll out onto the air and say their piece.

Those who have been reading my blog and listening to my podcast for months know that I am already immensely skeptical of the Soviet-style propaganda campaign being rolled out across our country to push vaccines.

For example, I wrote an article days ago called “Capitalism and Common Sense Will End Vaccine Mandates In 2022” that laid out my initial argument as to why vaccine mandates may wind up falling by the wayside during the upcoming year.

But there’s been little doubt the relentless vaccine campaign, for the time being, has acted like a free sales and marketing department for major pharmaceutical companies like Pfizer (PFE) and Moderna (MRNA). In fact, Pfizer announced just last week that, despite an incredible year in 2021, it would be reducing its sales staff.

The last line of the Reuters article announcing the job cuts says it all:

“The vaccine and Paxlovid are being sold directly to governments in the near-term.”

In other words, they don’t need a sales staff when the government is rolling out their drugs for them. Elsewhere, this would be considered socialist state planning in the pharmaceutical industry – but we won’t go there today.

However, make no mistake: these companies have benefitted hugely from the rollout of their respective Covid vaccines.

For Modera, the newest entrant to commercializing any product in the space, its stockholders have seen their investment rise up to 25x in the last three years. That gain has since been pared to about 10x.

Moderna’s ttm revenue has gone up about 95x over the last three years, rising to about $11.8 billion as of the last twelve months.

Pfizer’s revenue has also shown a massive upswing – especially for a large drugmaker with a huge portfolio of products. The company’s ttm revenue has more than doubled off its lows made right after the pandemic started in early 2020.

One November 2021 analysis estimated that “Pfizer, BioNTech and Moderna will make pre-tax profits of $34 billion this year between them, which works out as over a thousand dollars a second, $65,000 a minute or $93.5 million a day.”

Today’s blog post has been published without a paywall because I believe the content to be far too important. However, if you have the means and would like to support my work by subscribing, I’d be happy to offer you 22% off for 2022:

In 2008, the housing market was a lie. Today, the vaccine propaganda that we were fed has also turned out to be a lie. Remember when we were told vaccines would end the pandemic? Meanwhile, today, we’re having conservations about never-ending booster shots and witnessing millions of vaccinated people acquiring and transmitting Covid.

Remember when Rachel Maddow said in March 2021 that “Now we know that the vaccines work well enough that the virus stops with every vaccinated person.”?

Shorting the vaccine narrative was an idea I first toyed with in a piece I wrote called “100 “Fringe” Predictions For 2022”, where I laid out 100 “for fun” predictions for 2022.

The vaccine lies are why it isn’t crazy for me to think that all of the companies who benefited from vaccine revenues may turn out to be their own “big shorts” over the next couple of years – especially if interest rates have to rise and the government backs out of its job as vaccine salesmen.

The one piece of the “sales” equation for these vaccine companies that the government can’t create out of nowhere, despite its relentless propaganda campaign, is people’s willingness to accept vaccines and literally go and get them.

Now, with the omicron variant out and about, I think people are going to be less likely to buy into the vaccine narrative and those who have already received vaccines are less likely to get boosters.

Vaccination rates have already started tumbling in the U.S., with the NY Times stating in late 2021 that the U.S. vaccine curve has leveled off dramatically.

After an initial surge, vaccine administration from Moderna and Pfizer has become far more inconsistent and wonky.

Of recent, we have also found out that omicron has found a way to elude vaccines, something that vaccine specialists like Dr. Geert Vanden Bossche had predicted months ago on various interviews, including this one that I enjoyed from Peak Prosperity.

“A fourth shot of the COVID-19 vaccine boosts antibodies but doesn’t provide enough protection to prevent infections from the Omicron variant, according to new research at an Israeli hospital.

In a clinical trial, 274 medical workers at Sheba Medical Center near Tel Aviv received a fourth vaccine dose in December — 154 got the Pfizer vaccine and 120 got the Moderna vaccine — after previously getting three Pfizer shots.

Both groups received a boost in antibodies that was “slightly higher” than after the third shot, Regev-Yochay said. But when compared to a control group that didn’t receive the fourth dose, the extra boost didn’t prevent the spread of Omicron.”

Gili Regev-Yochay, MD, who headed up the study, said: “Despite increased antibody levels, the fourth vaccine only offers a partial defense against the virus. The vaccines, which were more effective against previous variants, offer less protection versus Omicron.”

Naturally, these results will discourage people from getting booster shots.

In addition to that, we’ve also found out the very interesting information that omicron may actually wind up working as somewhat of a vaccine itself.

Professor Ian Jones, a virologist at the University of Reading, told The Sun at the end of 2021 that omicron could wind up as a “natural vaccine”.

Variants to come “may be even more mild”, Jones said. He followed up by saying the only people who may need vaccines from this point on could be the elderly, ahead of winter.

Jones continued: “If Omicron is an attenuated strain already on its way to endemicity then later versions may be even more mild and the need for vaccination for an otherwise fit adult might recede.”

“You have to remember that making you very sick is no good to the virus at all, all it ‘wants’ is to transmit, so virus evolution will tend towards a less severe strain which you will pass around as you will struggle on with work etc much as we do for common colds,” he continued.

“Whatever version you were infected with your immunity would be boosted. That mild bit suits us because it means we can get immunity without, or with much less, risk.”

In other words, nature giveth to the pharmaceutical giants – and nature may taketh away.

Finally, in conjunction with this, a long suppressed narrative about natural immunity is starting to make its way out into the mainstream.

“Having SARS-CoV-2 once confers much greater immunity than a vaccine,” one headline from Science.org last summer starts by saying, before obligatorily recommending vaccination yet again.

“The natural immune protection that develops after a SARS-CoV-2 infection offers considerably more of a shield against the Delta variant of the pandemic coronavirus than two doses of the Pfizer-BioNTech vaccine, according to a large Israeli study…,” the article says, before turning into an obligatory diatribe about the benefits of vaccinations.

Natural immunity is an interesting topic that people like Dr. Fauci have danced around, but can’t avoid forever. My guess is that this narrative “breaks through” to the mainstream media in 2022 and also causes further doubt about vaccinations.

In the words of Senator Rand Paul from Fall 2021:

“Hey, this guy [Fauci] has an opinion on baseball, hockey, tinder, and Christmas, but he was asked the other day about natural immunity that you acquire after the disease [COVID-19], he is like, “Oh, that is really interesting thought, I never thought about that. I don’t have an opinion because I haven’t thought about naturally acquired immunity.”

He has and he is lying to you.

The reason he won’t bring up natural immunity is because it foils his plans to get everybody possible vaccinated. He thinks it might slow down vaccination.

And I’m for people getting vaccinated particularly people at risk, but the thing is, if you ignore naturally acquired immunity then you’re saying we don’t have enough people, you have to force it on younger people.”

This paints a picture, to me, of a dying vaccine narrative.

It also brings into question whether or not the success that companies like Pfizer and Moderna have found from a combination of overpromising things to, and scaring the living shit out, of the American public (and probably the government, too) will stick around much longer.

The populace is already on its way to roundly rejecting lockdowns and mandates, which I have predicted will eventually crumble by the end of 2022. I believe the idea of mass mandatory vaccinations will be next – and that isn’t good for Pfizer or Moderna’s business.

A loss of confidence in vaccination will have a profound impact on sales for both of these names. In other words, the “gravy train” may have already made its last stop as more and more people wake up to the reality, not only of how the omicron variant works, but how natural immunity is superior to the vaccine.

Note: I do not recommend shorting as an investment strategy in any way and I never offer buy or sell recommendations, I only offer insight as to how I am managing my personal portfolio and my personal thoughts. Shorting stocks is insanely dangerous – as is going up against the government on…well, anything. Speak to your registered professional financial adviser. I exist on the fringe.

Further Disclaimer: I was previously short MRNA and no longer have a position. I am long a nominal amount of PFE in a dividend portfolio I have. I may add or sell either name and may put the short on using stocks or options at any time, though I don’t plan on it within the next 24 or 48 hours. This is more food for thought today. I may add any name mentioned in this article and sell any name mentioned in this piece at any time, without further warning. I may hedge in any way. None of this is a solicitation to buy or sell securities. Please do not attempt these trades at home. These positions can change immediately as soon as I publish this, with or without notice. You are on your own. Do not make decisions based on my blog. I exist on the fringe. The publisher does not guarantee the accuracy or completeness of the information provided in this page. These are not the opinions of any of my employers, partners, or associates. I get shit wrong a lot. 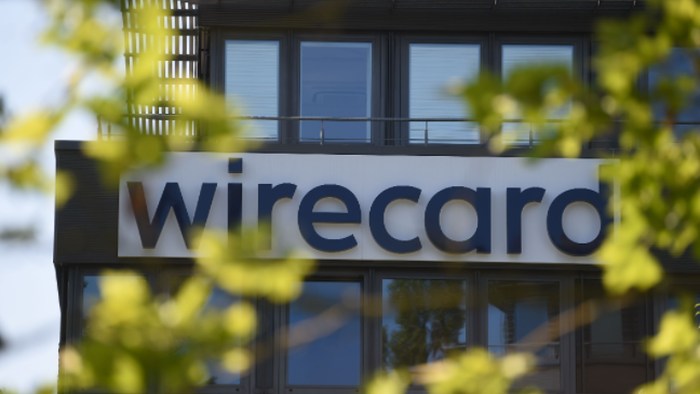 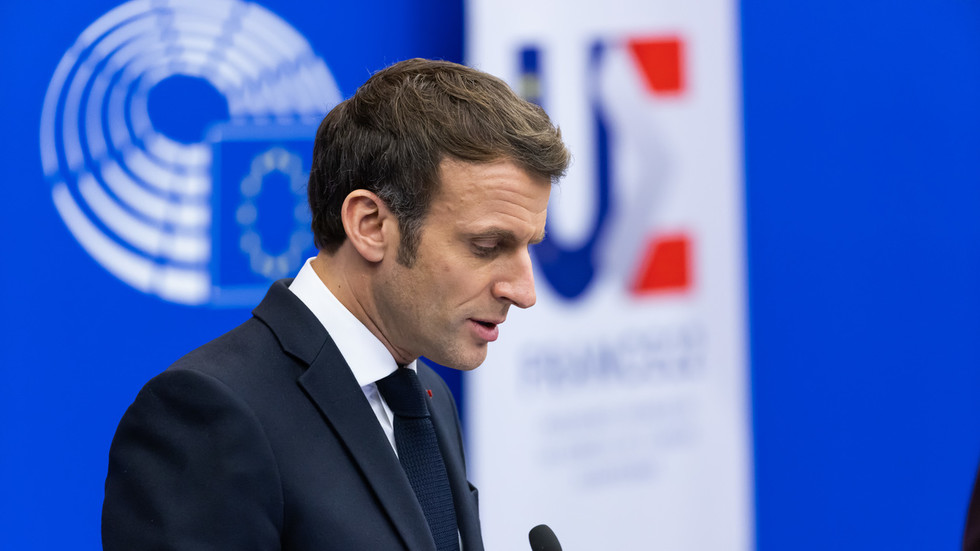