No matter what side of the festering plutocracy one is on, there are several inerrant truths to observe and consider.

Clearly not. Its geriatric occupants have certainly earned the ability to retain authority (and almost two hundred grand of taxpayer money per annum) for decades, given the glorious current state of fiscal progress and intersectional relations.

What to do, then? Surely we must hop on social media, decry and mock the “radical liberal left” or the “crazy Q MAGA crowd,” whichever your perceived enemy might be. In addition, we should also force sides and opinions out of those who do not care to give any otherwise.

This has been the answer for many up until this point, but I must say: such discord, nearly ubiquitous in recent times, promotes even more division – and for the most part, our lovely congresspeople eat it up like flies on excrement.

As long as the masses stay divided and the party’s faithful constituents (typically around three-quarters of which are voters who don’t know or care otherwise) keep pushing the right buttons, their seats are all but safe.

All caught up? Good. Now I’m going to say something a lot of you really won’t like. Alexandria Ocasio-Cortez (yes, her) is one of the bravest women in American history.

Think for a moment. Once a lowly bartender, she took it upon herself to pursue public service, not for benefit but because she saw something seriously wrong with the existing system.

But the dress!” some of you might screech at her provocative Met Gala number. “That dress is elitist hypocrisy!”

Some Green New Deal!” others might laugh. “Is she trying to force us all to drive electric moon buggies and drink soy shakes?”

None of that truly matters – none of it. The dress was never an attack on capitalism- she’s just subtly calling out her financially evasive coworkers (like the one from San Francisco that owns three estates, a winery, and orders four Cosmos at breakfast). Do all the members of Congress pay their fair share? I’m sure she’s more educated on that answer than yourself.

True, the Green New Deal was horribly, impeccably flawed. Could it have been reviewed, discussed, and a fair resolution reached? Of course. Instead, it quite literally got laughed out of the chamber, crossing the line past professional criticism into an outright mockery.

It’s clear that most, including many in her own party, treat her as a dumb kid full of ridiculous dreams. From experience, that’s how a lot of our elders operate – tear down and crush anything so much as a remote threat to their comfort. Radical ideas, though not nearly all are good ones, should not alarm a nation as much as chronic stagnancy.

Why do they like to hold us down where we are? Simple – they’re scared shitless of us.

My cohort (the newest one yet to vote in a major election) is the product of the post-Soviet, pre-9/11 boom. There are millions of us, and we are unique in the fact that we are the first generation to grow up with the full-fledged Internet. For lack of a better comparison, if the Web was a sentient entity, they’d be going through their early twenties right now-much like us.

As a result of these developments, our generation as a whole has received several college educations’ worth of not only tech but the real world, and we learn more each and every day. True, generations previous know how to access this insane amount of information, but I assure you everyone born after ‘95 knows their way around a computer a little bit more.

Of all the five hundred thirty-five seats in Congress, only one is held by a member of my cohort – Madison Cawthorn (yes, him). His story is one of hardship then triumph – a tragic car accident permanently paralyzing him from the waist down. He then fully immersed himself into a political career and scored an upset victory-making him the youngest congressperson since the mid-sixties.

You can deduce the trends here. It’s no wonder why term limits are never passed as a law. What my people need to do, and quickly, is make a plan to conquer.

I don’t care where you are political. A chamber full of kids would get along much better than the current occupants. I should know. I’ve got friends all over the ideological spectrum. Hell, an AP Civics class with a few older mentors to guide could get bills agreed upon and signed much faster than the petty, constipated process that has reigned for years.

First, if you are twenty-five, don’t settle for a local office. Go federal, hit them where it hurts. Strike out of nowhere. If you’re not twenty-five, not to worry. There are plenty of career senior citizens that have been wallowing in state government for decades, most of which have been running unopposed for that amount of time. They won’t be expecting you – strike out of nowhere.

Secondly, research your opponent. Remember, you’re nobody compared to them, whereas plenty of their info is public knowledge. Are there any weak spots? Flubs in the office? Personal issues you can prey upon? The possibilities are endless. Play dirty, the days of excess formalities and “my opponent XYZ” crap are over. Don’t get a big mouth on the Internet, though – save the good stuff for debates – where you can spit the venom directly into their eyes.

Third, get a team of friends (of mixed perspectives!) together and build your honest platform. This should be one of the longest parts of your process. What would make our nation a better place? By what methods? Who would you need to talk to to get it done? All these should be questions you ask yourself as you finish it, then build a website and relevant social media pages for your campaign.

Finally, get out there! This is the step where everyone from incumbents to “campaign organizers” (and if you’re one of those, then 1. you’re a patsy 2. if you’re so good at organizing, run yourself) like to remind you you’re broke. How will you manage payroll, how will you organize events, how will you raise funds? The truth is, generations previous are disgustingly obsessed with money – to the point of it taking precedence over wellbeing.

If you’re my age and you’re reading this, I know you know what I’m talking about.

With that said, make sure you register with the FEC, pay the filing fees on time (typically only a few hundred bucks), do all that legit. However, guerrilla marketing is your best friend past getting your name on the ballot. You could do some of the following:

It doesn’t matter that Mrs. Jones came in to complain about the city fining her for her car parked in the street – now she’s your audience, and she will listen to what you have to say. If she likes it, she’ll be back next week for more info. Maybe if you’re lucky, you’ll get a city councilperson on your side.

If a hundred twentysomethings were to repeat this process, it would change America forever in the matter of a year – and odds are those undertaking such campaigns would be easily able to identify and contact each other, thereby strengthening camaraderie and mutual respect no matter the platform they run upon.

It would be the silent dividers’ worst nightmare.

My people have been too anxious, depressed, or embarrassed to break out of complacent comfort and achieve true growth. Many blindly fall into massive debt chasing a purported “American Dream” that is no longer accessible. Even more live day by day financially, socially, and emotionally, walking an ever-thinning tightrope. The incumbents love where we are now, but we shouldn’t please them any longer.

After all, at this point, it would just be returning the favor. 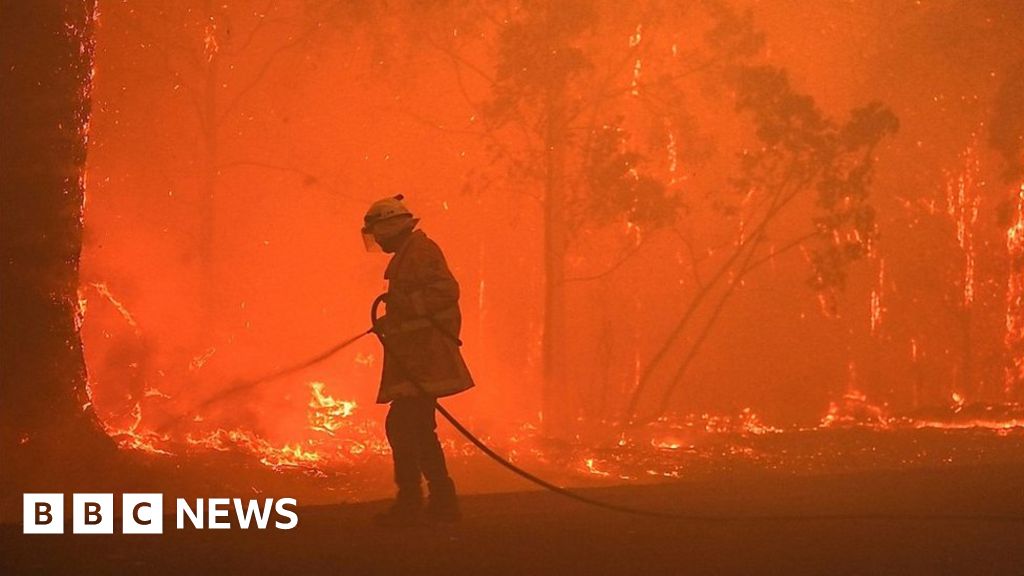 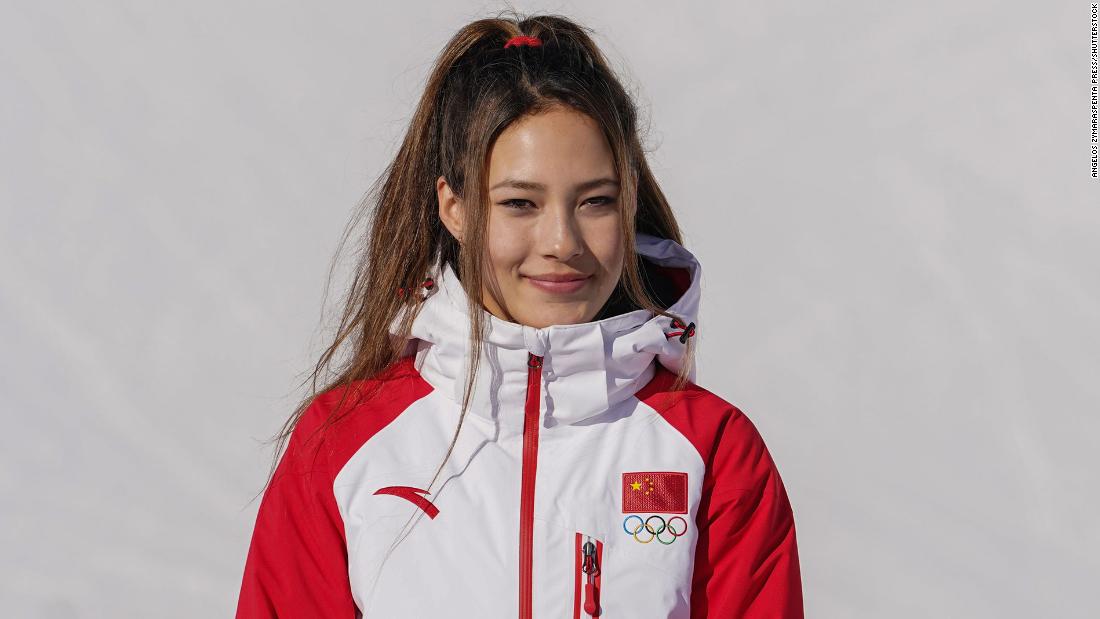