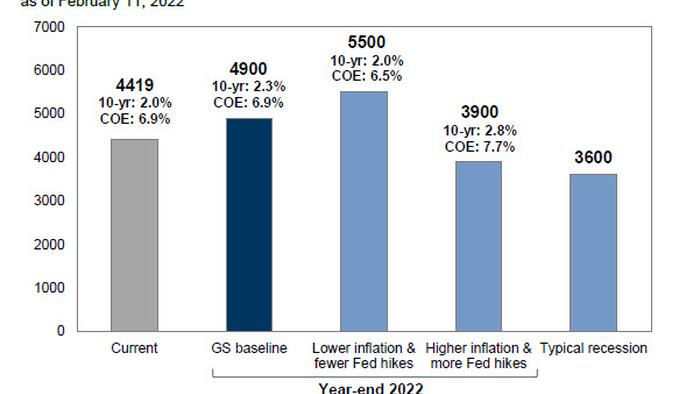 It was less than three months ago that a gaping divergence emerged on Wall Street between the two most prominent investment banks: in mid-November, Morgan Stanley’s Michael Wilson published its 2022 equity market outlook, in which it predicted that the S&P would close the coming year at 4,400, some 6% lower from what was then the current level, as a result of multiple contraction emerging from higher yields and urged clients to exit the US and instead focus on Europe and Japan. So far it has been spot on, with the S&P hitting and then dropping below the bank’s year end price target. One day later, taking a far more cheerful approach, Goldman’s David Kostin – who like JPM’s Marko Kolanovic simply refuses to acknowledge any/all bearish catalyst until they are well in the rearview mirror – published his far more cheerful view on where stock will trade in the coming years, forecasting that the S&P 500 will climb by 9% to 5100 at year-end 2022, “reflecting a prospective total return of 10% including dividends.”

While there were pages and pages of gratuitous goalseeked justifications (which nobody would bother to read) for the bank’s price target, we wrote that effectively “this entire note boils down to two things: the Fed model, i.e., rates are so low so investors have to buy stocks… and FOMO, or there is nothing else all that money sloshing around can buy.”

Fast forward three months later when neither of these is the case, with rates (especially real rates) surging in the past month…

… as the reality of a looming violent, almost Volcker-like rate hiking cycle dawned upon Wall Street…

… derailing any speculation that stocks are now cheap at 20x+ PE multiples based on yields and equity risk premia, and with many markets sliding into either a correction or bear market, one can certainly kiss any FOMO goodbye for the near future. As a result, while bears such as Bank of America and Morgan Stanley are taking victory laps (with both seeing their year-end price targets hit just 3 weeks into the year), Goldman once again found itself in the uncomfortable position of being one of Wall Street’s biggest cheerleaders (only JPMorgan is more permabullish) right into a slump.

And so, after weeks of hoping that something would change and stocks would somehow magically resume their trek higher, overnight Goldman’s David Kostin finally capitulated, and cuts his year-end S&P forecast from 5,100 to 4,900 – just three months after hiking it from 4,700 to 5,100 because apparently so much has changed since mid-November when the bank published its euphoria year-ahead outlook.

To be sure, Kostin is not too excited to admit that his bearish peers were correct, and start by pointing out the stronger aspects of the market in recent weeks, where stronger-than-expected 4Q earnings results stand out, and which Kostin writes have “helped the S&P 500 find its footing in the last two weeks. S&P 500 EPS grew by 26% year/year in 4Q 2021, 6 pp above the 20% rate that consensus anticipated at the start of earnings season.” That said, as Bank of America noted last week, this was already the worst earnings season since Covid emerged, and judging by imploding earnings revisions it’s about to get much worse.

That’s also why Kostin concedes that despite strong backward-looking 4Q results, “signals for the 2022 earnings outlook have been mixed. 151 companies provided FY1 guidance and 52% guided below consensus.” Alongside this, during reporting season, 2022 bottom-up consensus EPS estimates were largely unchanged for the aggregate S&P 500 (+0.5%). And while sales forecasts rose by 0.5% for the typical firm, net margin estimates were unchanged, as companies realize they will no longer be able to pass on rising input costs as easily.

So looking ahead, Goldman writes that its outlook is a function two things: its EPS forecast and its valuation (i.e., multiple) projection.

Focusing on the first, Kostin still remains upbeat on economic growth – which is the primary driver of the bank’s EPS growth forecast – writing that the bank’s economists expect real US GDP growth will average 3.2% in 2022 and 2.2% in 2023. Based on the historical link with economic growth alone, this forecast would imply EPS growth of +11% in 2022 and +6% in 2023. However, the bank’s estimate of +8% EPS growth in 2022 includes a 4% drag from the Financials sector, which benefited from reserve releases in 2021. And while the bank also forecasts a weakening dollar, a tight labor market, rising oil prices, and elevated inflation (core CPI of 5.3%/2.9% in 2022/23), the bottom line is that its GDP forecast will prove far too high as the US gradually slows into a recession some time in the second half, forcing the Fed to abandon its tightening plans and begin easing. We expect Goldman will figure this out in 3-6 months.

But while Goldman’s stubborn insistence that the US economy will continue growing in a time when the Fed hikes 7 times is pleasantly amusing, what is unacceptably unprofessional is its ludicrous insistence that profit margins will not only remain at record highs but continue to expand despite record inflation! Needless to say, this is simply idiotic. Here is a drowning Kostin scrambling to find even the thinnest stick to hold on to:

“The majority of earnings growth in the next two years will come from sales growth, with only limited net profit margin expansion. Our revenue growth forecasts of 10% in 2022 and 6% in 2023 are slightly above consensus, driven by strong nominal GDP growth and a weaker USD. Sales growth, operating leverage, pricing power, and cost management will help margins to rise modestly. We forecast net profit margins will rise by 32 bp to 12.5% in 2022 and by 7 bp to 12.5% in 2023. However, consensus expects margins will expand by 80 bp through 2023.” Hilariously, even Kostin admits that “based on history, consensus margin forecasts are typically too optimistic and are eventually reduced, supporting our below-consensus 2023 EPS estimate.” Well, here’s a thought: maybe fade the optimistic consensus and cut your margin projections. Of course, if that were to happen Goldman would have to issue an outright sell reco on stocks, and the political vampire squid can never do that.

Moving on, and while Goldman index EPS estimates remain unchanged, the bank at least admits that its laughable valuation forecasts make zero sense in a time when the bank is justifying a 2.50% terminal rate, and as Kostin notes, Goldman adjusts its valuation forecast following the bank’s revisions to the path of interest rates.

Throwing the bank’s economist team under the bus, Kostin writes that “in November, when we published our year-end 2022 target of 5100, our economists expected two Fed hikes in 2022 and a year-end nominal 10-year US Treasury yield of 2%.” However, as Kostin then notes, “inflation has been higher than expected” [by Goldman’s economists, not by this website] and “Fed policy outlook has changed dramatically (Exhibit 2), and so the bank’s economists now expect 7 Fed hikes in 2022, with Goldman’s rate strategists “forecasting the nominal 10-year Treasury yield will rise by 33 bp from current level to 2.25%, driven entirely by real yields (+36 bp to -0.15%).” Translation: real rates have peaked and will now tumble as breakevens explode higher, especially if there is an all out conflict between Russia and Ukraine.

Here, Kostin once again exposes his naively permabullish view, writing that he expects that “a narrower equity risk premium (ERP) will offset the impact of higher rates, leaving the cost of equity (COE) and valuations unchanged from current levels.” How is this possible? Well, as he explains, he is modeling the ERP as a function of growth expectations, policy uncertainty, consumer confidence, and the size of the Fed balance sheet. By the end of the year, he expects that “policy uncertainty will fall and confidence will rise as investors gain clarity about the path of inflation and Fed policy.” Sure, we also may or may not have a world war if Biden keeps pushing his wag the dog agenda but let’s ignore that for now.

Kostin then notes that the implied forward P/E multiple at year-end would equal 20x, roughly unchanged from the current level but below our previous forecast of 22x. We’ll repeat: Goldman’s year end target is going down because the bank is “slashing” its fwd PE multiple from 22 to… 20x! Of course, the real PE multiple heading into a recession should be about 10x, but we are confident that Kostin will advise its clients of this trivial factoid in due course… about 2-4 weeks after the S&P has tumbled another 30%.

At least the Goldman strategist admits that “higher real yields than we forecast would imply downside risk to our valuation estimate.” This is useful because just a few weeks ago Goldman’s year-end prediction for real rates was -0.70%. They are now -0.40% as the bank which formerly the powerhouse of Wall Street has become its laughing stock with its catastrophic forecasts.

In any case, putting it all together, Goldman’s revised S&P 500 year-end 2022 price target equals 4900 (-4% from 5100), representing an 11% gain from today, with the bank conceding that “the macro backdrop this year is considerably more challenging than in 2021.” However, since it’s not a good look for the bank to capitulate so early on what back in November we dubbed a ridiculous projection, the bank continues to – laughably – expect that “equity prices will rise alongside earnings and reach a new all-time high in 2022.” Whatever you say, David.

Ironically, the Goldman strategist here comes very close to admitting that his entire analysis is bullshit, writing that “during the last 50 years, a “goldilocks” environment of accelerating GDP growth and stable real yields has typically been associated with a 12-month S&P 500 return of +16%. However, when growth is decelerating and real yields are rising” – like now, for example –  “12-month S&P 500 returns have averaged +8%.”

Now rerun this analysis when inflation is 7.5%. What’s that? It shows a collapse in returns? Oh, that’s why you ignored the elephant in the room, got it.

Kostin concludes with the closest thing to a bearish warning we have heard from him ever since he forecast back in March 2020 that the S&P could crash to 2000, which of course bottom-ticked the market. According to the Goldman strategist, “uncertainty abounds regarding the path of inflation and Fed policy. We believe two-sided risks exist to our baseline S&P 500 forecast, but with a larger downside tail.“

And so, in addition to his baseline, Kostin considers three alternative scenarios.

Spoiler alert: the right scenario will be #3.

The full Goldman report is available for professional subs in the usual place. 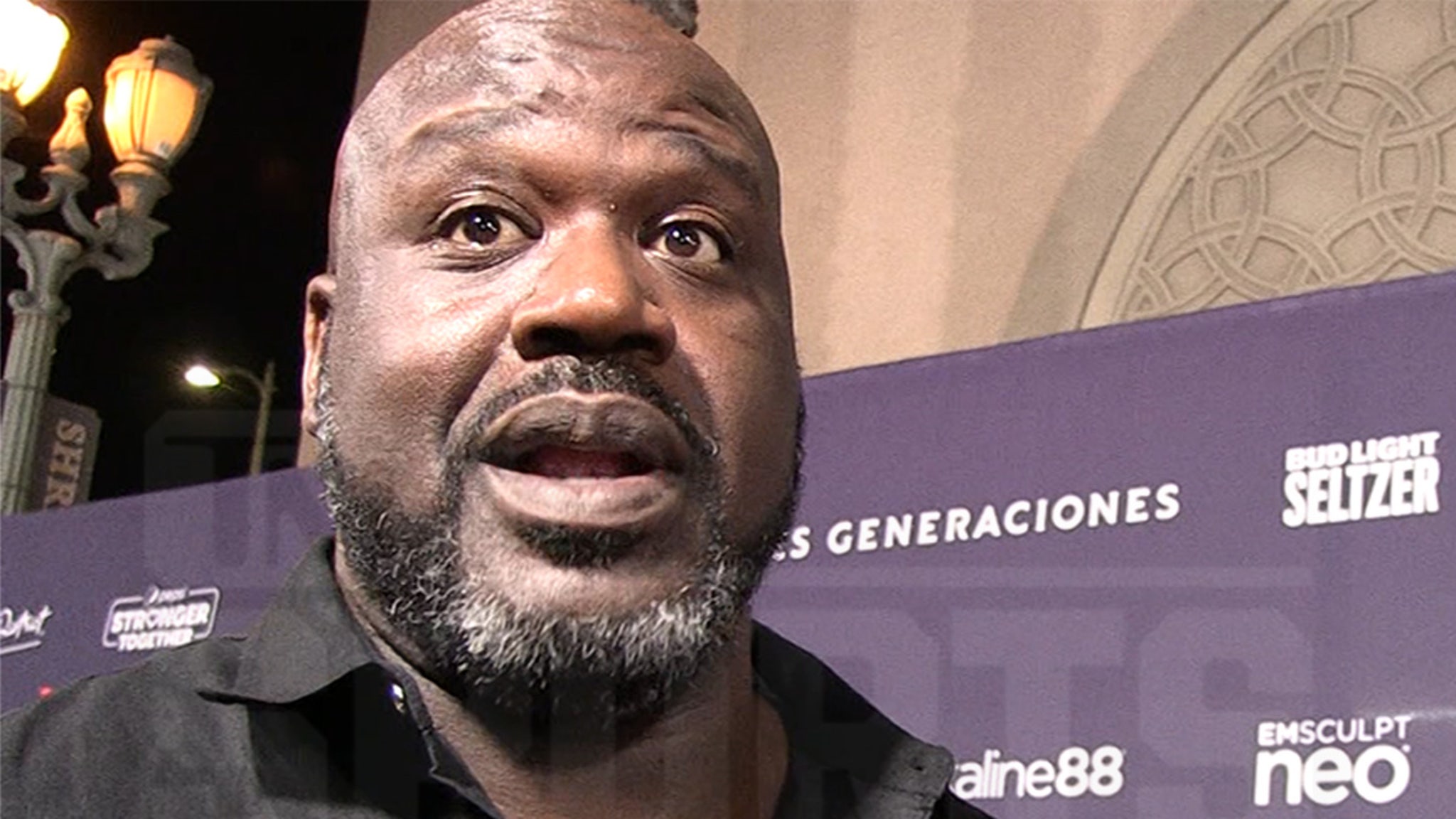 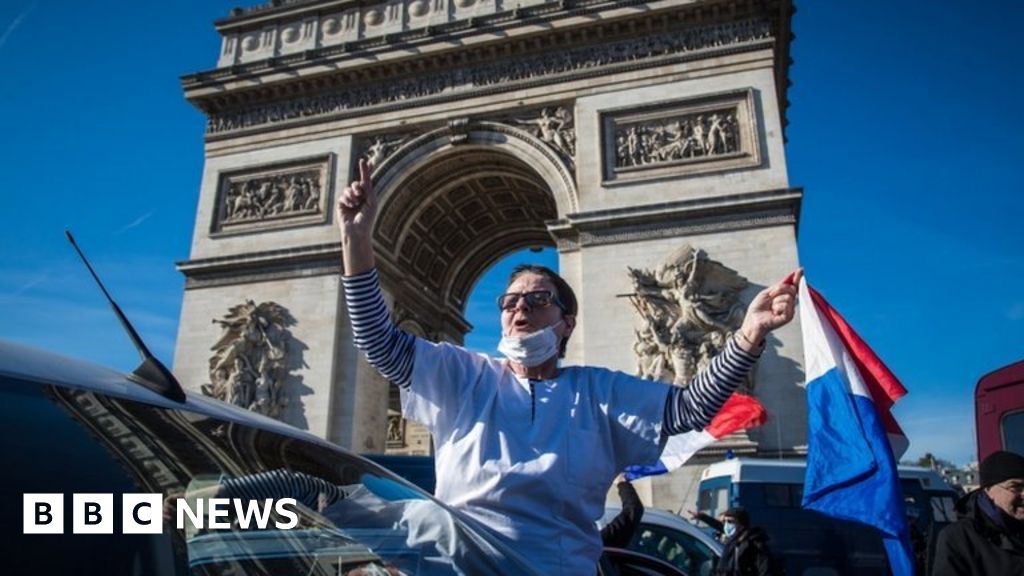