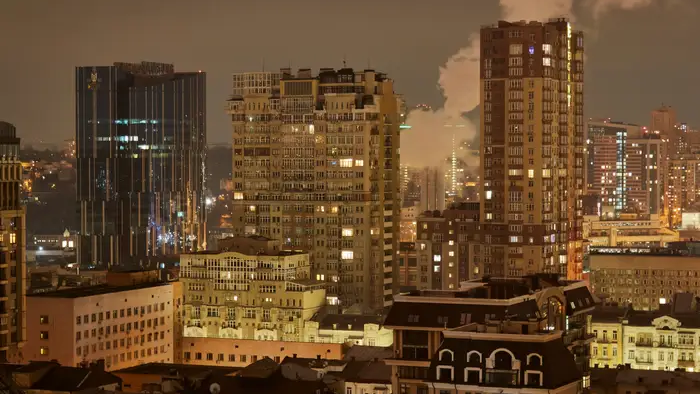 Zelensky Warns That Russian Forces To Storm Kiev Tonight: “This Night Will Be Very Difficult”

(Update 18:00pm ET): In his latest late night video address to Ukrainians, President Zelensky has warned his fellow citizens that “This night will be difficult, very difficult” – in words that also broadly referenced the totality of the war itself. Specifically it served as a rallying speech to prepare forces to defend the capital as there’s widespread reports that Russian forces are to move in imminently.

“This night they will launch an assault. The enemy will use all of their power on all fronts to break our defense. This night we have to stand ground. The fate of Ukraine is being decided now.”

Zelensky said: “This night will be difficult, very difficult. But the morning will come.”

Zelenskiy: “Russia will try to break our resistance with all its might. Tonight the enemy will begin storming us. We need to withstand them!” He says Chernihiv, Symy, Kharkiv, Donbass, the south & especially Kyiv could come under attack pic.twitter.com/ugEIrJICjH

Additionally, even private citizens are said to be arming themselves, also at the urging of the country’s defense ministry.

According to a report from a CBS News correspondent on the ground:

…people streamed into a makeshift recruitment center in Kyiv on Friday morning, saying they were ready to die to defend their city. One commander said thousands had reported for duty — very few of them with military experience. Guns were being distributed to those who showed up, and the commander said they were quickly running out.

Ukraine’s president said at least 137 people were killed in the first day of Russia’s assault, and with fighting reportedly reaching downtown Kyiv, that was likely to rise quickly.

Meanwhile, there are strong rumors circulating that Russian ICBMs could be on the move from Russian bases, possibly in response to NATO on Friday announcing a larger mobilization that will concentrate troops in nearby Baltic and Eastern European states…

Videos have begun to circulating social media this evening of Russian Topol-M ICBM’s on the move, reportedly in Moscow.

Make of it what you will, everyone will have their own opinion on this one. pic.twitter.com/6gtrN98TDX

(Update 16:40pm ET): Ukraine and Russia are reportedly in discussions over a time and place for cease-fire and peace talks. According to Ukrainian President Zelensky’s spokesman, “The sides are holding consultations.”

NEWS: Ukraine discussing with Russia a place and time for talks about a cease-fire and peace, Bloomberg’s @DarynaKrasno reports. Zelenskiy’s spokesman, Serhiy Nykyforov:
“The sides are holding consultations.”

(Update 15:10pm ET): NATO Chief Stoltenberg announced oN Friday that elements of the 40,000 troop-strong NATO Response Force (NRF) would be activated for the first time.

Stoltenberg has called Russia’s invasion of Ukraine “the most serious security crisis we have faced in Europe for decades.” The NRF will deploy “on land, at sea, and in the air” in eastern Europe for the purposes of collective defense.

Details: The secretary general said that the size of the NRF has tripled since 2014, but that not all forces would be deployed. He also said that NATO countries would be providing additional weapons and air-defense systems to Ukraine at the request of its government.

What he’s saying: “We are deploying [the NRF] to … prevent any miscalculations, any misunderstandings that we are not ready to protect and defend all our allies,” Stoltenberg said. “This is something that all allies have agreed to do.”

After some confusion, BILD journalist Julian Röpcke clarifies that Stoltenberg did not say NATO would be providing the weapons – rather, individual NATO members would do so on their own accord.

He did not say this!
He said individual NATO countries decided to supply such systems.
NATO is not supplying any weapons to Ukraine.

JUST IN – Cyberattacks by Russia on members of the alliance “can trigger Article 5,” warns NATO head Stoltenberg.

(Update 12:45pm ET): Russian President Vladimir Putin on Friday threatened Sweden and Finland with “military consequences” if they were to join NATO.

“We still have some hope that he won’t cross any othee borders. But I have to honestly say: That’s not a certainty!“

German Defense Minister Lambrecht fears that Russian President Putin won’t even shy away any longer from an attack against NATO partners: “We still have some hope that he won’t cross any othee borders. But I have to honestly say: That’s not a certainty!” https://t.co/GyQ0uFqAwa

(Update 11:50am ET): While it seemed like a long shot from the beginning, the prospect of talks between Russia and Ukraine was cast into doubt as the Kremlin said Ukraine had stopped responding after rejecting Moscow’s initial offer of a meeting in Minsk, the capital of Belarus.

Instead, Ukraine sought a meeting in the Polish capital, Warsaw, the Kremlin said, adding it had heard nothing further. There was no immediate word from Ukraine on the Russian comments. The diplomatic to and fro comes as fighting continues on the ground with Russian forces having entered the capital Kiyv.

Of course, as Bloomberg adds, any talks would likely struggle to find common ground on the question of “neutrality” for Ukraine, which has sought to join NATO and draw closer to Europe.

(Update 10:20am ET): Following news that Russia is ready to send a delegation to Minsk for Ukraine talks, moments ago the Kremlin announced that Putin has agreed to organize negotiations after Zelensky said he was ready to discuss Ukraine’s “neutral status” (i.e., not joining NATO). Here are the latest headlines from Reuters:

The ruble and Russian stocks, as well as US and European stocks, extended gains after Putin aide Dmitry Peskov conveyed the offer of talks in Minsk, the capital of Russian ally Belarus. The Kremlin also notes that while the Ukraine initially proposed talks in Warsaw instead, it then broke off contact.

Separately, the Kremlin said that Ukrainian nationalists have deployed missile systems in residential areas in big cities, a move which  the Kremlin dubbed as “very dangerous.”

Earlier, Russian Foreign Minister Sergei Lavrov said that Moscow will only talk if Ukraine’s army surrenders. “We’re ready for negotiations at any time, as soon as the Ukrainian armed forces respond to our president’s call, stop resistance and lay down their weapons,” Lavrov said in the Russian capital.

While Zelenskiy also called for negotiations with Putin, there was no indication of Ukraine acceding to Russian demands to surrender. Nor was there any sign of a halt to the fighting. Sirens warned Kyiv residents to take shelter from early morning as Ukraine’s armed forces said their units were engaging Russian armor to the north.

Zelenskiy said that Russian aircraft were attacking residential areas of the capital. Mayor Vitali Klitschko said it had “entered the defense phase,” with shots and explosions heard across the city. “The enemy is already in Kyiv,” he said.

As noted earlier, Chinese President Xi Jinping told Putin in a call earlier on Friday that he supported negotiations between Russia and Ukraine, according to China Central Television. It cited Putin as saying that he was ready to conduct high-level talks.

Russian Foreign Ministry spokeswoman Maria Zakharova dismissed Zelenskiy and his government as “puppets.” Putin has said that he wants to replace Ukraine’s leadership, calling it a “junta.” Despite the talks offer, the assault on Ukraine is ongoing to secure the “de-militarization” of the country, Zakharova said.

In an address, Zelenskiy said that Ukraine was not afraid “to talk about neutral status,” but went on to demand security guarantees and say that the country’s fate depended on its army. Earlier, he said that his intelligence services had identified him as Russia’s top target, but that he is staying in Kyiv and his family will remain in the country. “They want to destroy Ukraine politically by destroying the head of state,” he said.  In a video call last night, the Ukraine president told EU leaders that “This might be the last time you see me alive” Axios reported adding that “they are coming for me, but I am staying” (of course, the former leader of Afghanistan Ashraf Ghani also told everyone he was staying right up until he disappeared).

The Ukraine president appeared rather irritated at Italy’s Prime Minister, Mario Draghi, slamming the fact the the former ECB head fact apparently undermined or criticized the fact that Zelensky did not show up at the call they agreed to have this morning. According to reports, Draghi had successfully secured a carve out for Italian luxury goods from the EU’s package of economic sanctions against Nato, which an EU diplomat reportedly said ‘Apparently selling Gucci loafers to oligarchs is more of a priority than hitting back at Putin.”

Today at 10:30 am at the entrances to Chernihiv, Hostomel and Melitopol there were heavy fighting. People died. Next time I’ll try to move the war schedule to talk to #MarioDraghi at a specific time. Meanwhile, Ukraine continues to fight for its people.

As a reminder, Italy was one of the nations (along with Germany, Hungary and Cyrpus) that refused to agree to kick Russia out of SWIFT.

Russia said it was willing to hold talks with Kyiv even as its forces pressed their military advantage to close in on Ukraine’s capital and its embattled leadership.

With the war in its second day, the Kremlin said that President Vladimir Putinwas ready to authorize negotiations with Ukraine on possible “neutral status” for the country. The ruble and Russian stocks extended gains after Putin aide Dmitry Peskov conveyed the offer of talks in Minsk, the capital of Russian ally Belarus.

US equity futures are spiking on reports from Interfax that Russia is ready to send a delegation to Minsk for Ukraine talks.

“Initially, Russian President Vladimir Putin said that the purpose of the operation was to help the LNR and the DNR, including through the demilitarization and denazification of Ukraine. And this, in fact, is an integral component of the neutral status”

“In this context, in response to Zelensky’s proposal, Vladimir Putin is ready to send a Russian delegation to Minsk at the level of representatives of the Ministry of Defense, the Ministry of Foreign Affairs and the presidential administration for negotiations with the Ukrainian delegation”

The Ruble is rallying, almost erasing all of the losses from the last two days…

Reactions in other markets (crude, gold, bonds) are all muted for now. 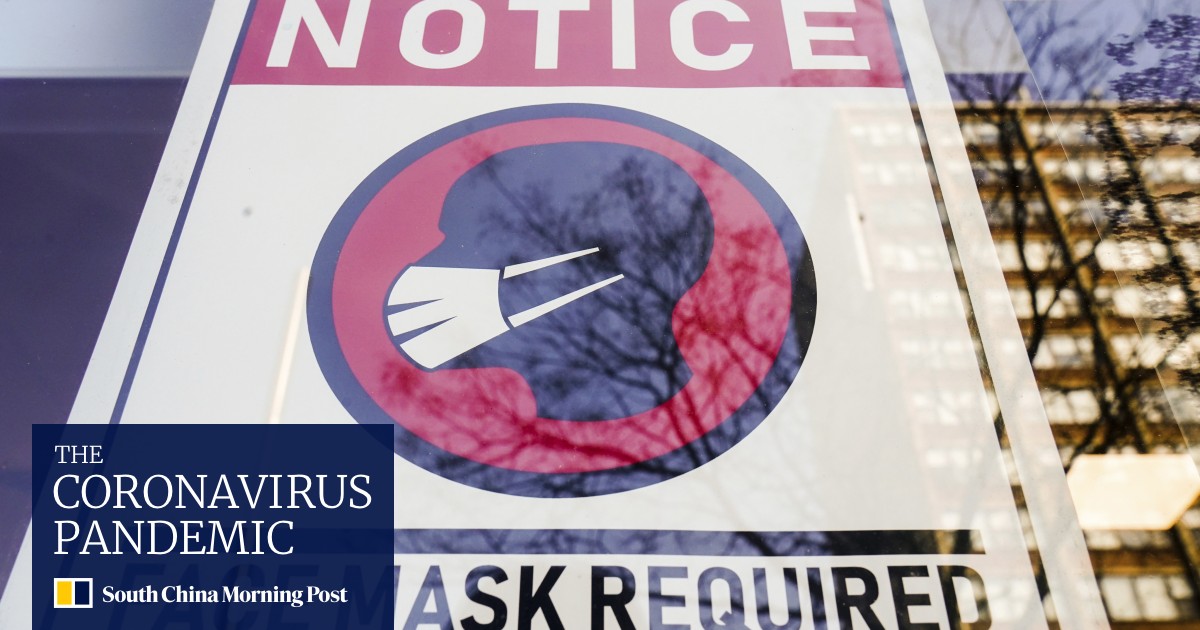 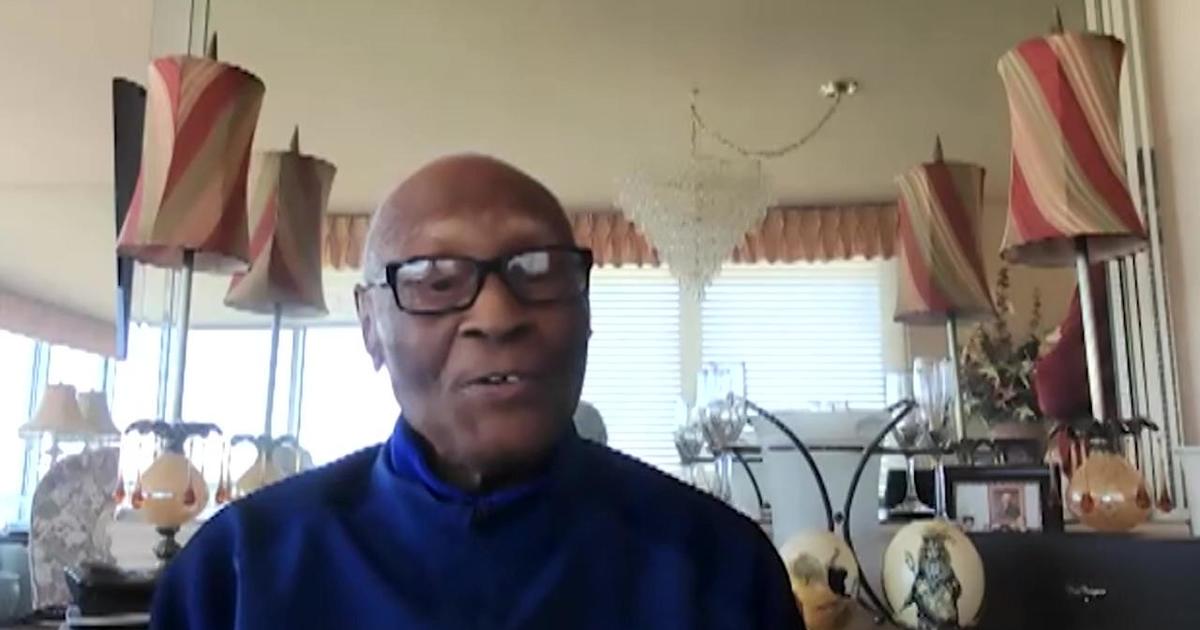