Internationalists like George Soros, Klaus Schwab, Bill Gates, Barack Obama, Bill Clinton, and crew are the most dangerous, deceitful, and despicable people on earth. Their arrogance is exceeded only by their audacity. According to them, the world is so broken it is not worth fixing, and their answer is to destroy it and make the world in the image of composite leftists of history.

Moreover, to keep the world balanced, safe, and clean, they will tell you what to eat, the kind of apartment you will have, the number of children you can have, but will permit you to choose what color of bicycle to ride on car-free streets. Of course, you will only have one choice of bicycles. They have nominated themselves to be the saviors of the world.

They are a gaggle of jerks, and their grandiose dreams have not succeeded, but they plan to become world puppet masters of Chinese warlords. They will probably end up as modern-day eunuchs to Chinese warlords eating bat soup and snake eyes at a Chinese banquet celebrating the birthday of Karl Marx.

Schwab, head of the World Economic Forum (WEF), promised to change everyone, although Christ changed me when I was a teenager. Schwab’s flunky, Dr. Yuval Noah Harari, tells us, “Free will, that’s over,” and we have too many humans who need to be kept  “docile with drugs and video games.” Harari is simply another example of a clever man who proves by his statements to be dangerous, divisive, and dumb as a box of rocks.

The puppet-masters are private citizens who are the most arrogant people on earth. They are all far leftists who think they have the answer to everything, even questions, and problems that are still unasked and undiscovered! They believe the world’s future depends upon their next global program that always delivers them more power (and money) and strips citizens of their God-given rights and even nations of their sovereignty which means the loss of nationhood.

They envision a world—influenced if not controlled by them—that is a very green, socialist/ communist world without borders, a world government, a world court, and a world religion.

Since the main puppet-masters or global kingmakers have never dared to offer themselves for elective office, they major on deception as they pull the strings of elected officials. They answer to no authority, local, state, national, or international, but only to themselves. They believe bigger is always better, and independence of thought and action is always bad for the collective whole. They are people who are cold, calculated, and committed to a far-left agenda of global control by themselves. They are the epitome of evil.

The leaders are not interested in political office or publicity and usually shun the light, as all vile people do, not wanting their evil deeds seen by the world. They don’t mind news accounts of them giving millions of dollars to various non-government agencies but want few details revealed about their final agenda—other than a one-world government.

They seek to ingratiate themselves to world leaders who must be told fervently and frequently how great they are. These internationalists have been working behind the scenes in national and international organizations such as the European Union, U.N., NATO, the Council on Foreign Relations, the World Economic Forum, and in “philanthropic” institutions such as George Soros’ Open Society and the Bill & Melinda Gates Foundation and others.

By this time, uneducated people will turn me off because even the dullest among us can see a conspiracy, and everyone knows that is the stuff of right-wing nuts. It falls into the category of unicorns, UFOs, and fairies. But then, just because no one has seen a unicorn doesn’t mean they don’t exist or didn’t exist in the past. UFOs are no longer relegated to the lunatic fringe, and fairies (depending on the definition) are still suspect.

Informed people know that conspiracies have plagued the world for millennia. So many, I will not even begin to list the historical facts. The Communist conspiracy and the above puppet masters present a dangerous intrigue that involves every person on earth. The conspirators are highly placed, well educated, wealthy, and dangerous people.

Such people have been among us in abundance in recent decades, and many have assumed room temperature, for which we can all stop and give thanks during a moment of silence. While many have gone “on to their reward” or whatever, others continue to arrive to replace them. Some of their organizations were and are corporations, foundations, trusts, NGOs, etc. Many have been replaced, all more leftist and totalitarian than earlier ones. We can be thankful that these men are mere mortals who rate themselves too highly; often fail; quarrel with others; get addicted to drugs, booze, sex, etc.; and they finally die without reaching the pinnacle of successful tyrant-hood.

And the living global thugs may fail to produce a world government of authoritative control by one man, but there will be one of their ilk who will arise in the last days and be accepted as the answer to all the world’s problems. That Man may be standing behind the curtain at this time, ready to respond to the accolades as the world leader.

George Soros, Klaus Schwab, Barack Obama, Bill Clinton, and others have taken the leadership of the globalist agenda. These men are simply radical, greedy, evil leftists with a far-left agenda for the world, not just one nation. Together they use their money, influence, and position to produce an imbalance in various nations. They do not believe America only needs to be substantially changed since it is so flawed and corrupt with free enterprise, gun freedom, property rights, and religious freedom for all. It needs to be destroyed and rebuilt—along collectivist, Socialist, Communist lines.

An essay published by the WEF on November 16, 2016, reveals you won’t own anything like a home, car, or boat. However, you will be happy about it, or more realistically, you will know better than to let anyone know you are not happy about it.

Soros was named by the Ukrainian newspaper Vesti as the second most influential person in Ukraine, after Zelenskyy. Soros is not just a wealthy gadabout but a sinister hustler of a far-left agenda. He admitted when the Soviet Empire collapsed, he “moved in and picked up the pieces first in Hungary in 1984, and China and Poland in 1987. This is how the Soros Empire replacing (sic) the Soviet Empire.”

He may have revealed too much, but you can’t blame him for taking a victory lap after such success.

After the 2014 “revolution” in Ukraine, which was actually a coup organized, carried out, and financed by the U.S. Government headed by Obama, the bastard government of Ukraine was supported by Soros. He wrote of the U.S.-inspired government, “They will need international support… And my foundation is working with experts in Ukraine to create a strategy for keeping the spirit of the Maidan alive.” The “spirit of the Maidan” refers to mass anti-government protests in Kyiv’s Independence Square.

The Russian invasion shows a fracture among international socialists: supporters of the WEF versus Russia. Thank God the globalists don’t always succeed, but they align with any world leader who can be useful—whether Putin, Zelenskyy, or Biden.

Build Back Better, which also happens to be the Great Reset slogan, was popularized by its primary advocate, WEF founder Klaus Schwab. The Great Reset was first introduced in Richard Florida’s 2010 book The Great Reset and at the 2014 annual WEF conclave, Schwab declared, “What we want to do in Davos this year…is to push the reset button.” After that, the image of a reset button appeared on the WEF website.

When President Donald Trump basically told the WEF in 2020 that he did not buy into their agenda, he lost or had his reelection taken from him. Trump said, “This is not a time for pessimism. …They want to see us do badly, but we don’t let that happen. They predicted an overpopulation crisis in the 1960s, mass starvation in the 70s, and an end of oil in the 1990s. These alarmists always demand the same thing: absolute power to dominate, transform and control every aspect of our lives. We will never let radical socialists destroy our economy, wreck our country, or eradicate our liberty.”

I would have liked to have seen the faces of the elites sitting before him. Of course, you know what happened a few months later in the November election. Trump’s out, and Biden’s in. Biden was chosen because he would do as he was told.

On Monday, March 21, 2022, Biden stated the globalist mantra, “There’s going to be a new world order out there, and we’ve got to lead it, and we’ve got to unite the rest of the free world in doing it.” In 1992, Biden wrote an op-ed for the Wall Street Journal titled “How I Learned to Love the New World Order.”

Because of Biden’s instability, the globalists are now deciding what to do about him.

If these dudes have their way, you will end up eating fake meat and tasteless veggies, riding a bicycle to your job chosen for you by one of your “equals,” peeing in a hole in the ground, voting for the candidate of their choice, and dying in a mud hut leaving nothing to your family except the knowledge that you were stupid enough to believe the collectivists.

All globalists are stamped with “Made in Devos” and walk, talk, and act like Soros, Schwab, Obama, and other high priests of globalism. Most Americans are too smart to be swept away with their gobbledygook; however, during a food or fuel crisis, most people have a seizure of stupidity and give the globalists what they want, or at least some of it.

I give them nothing but the back of my hand. 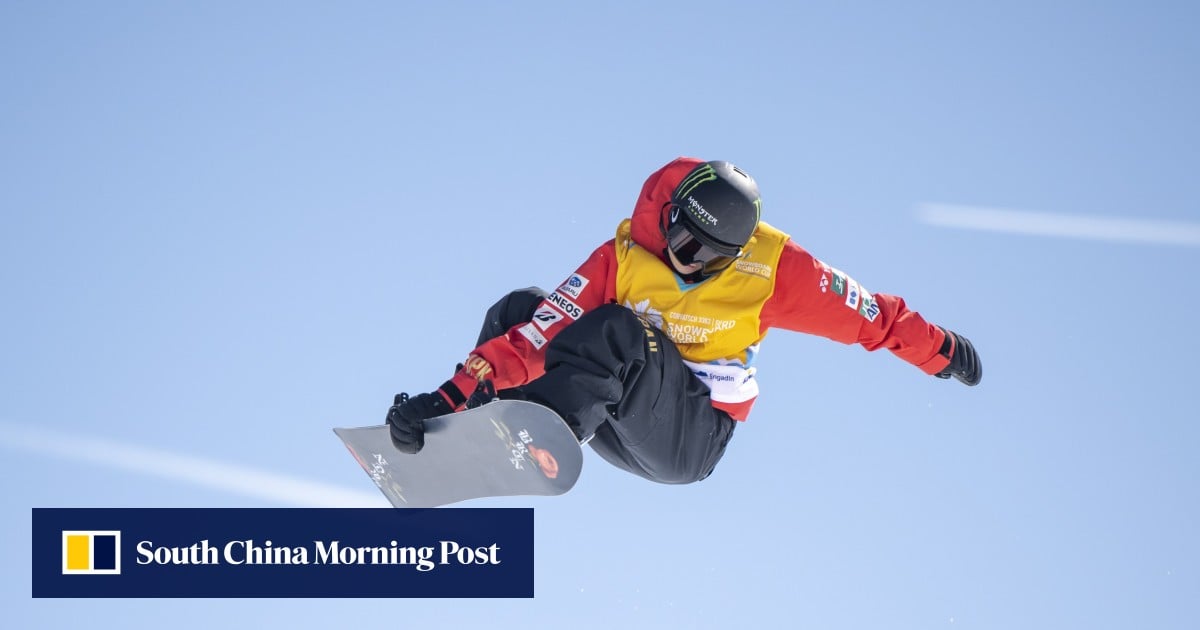