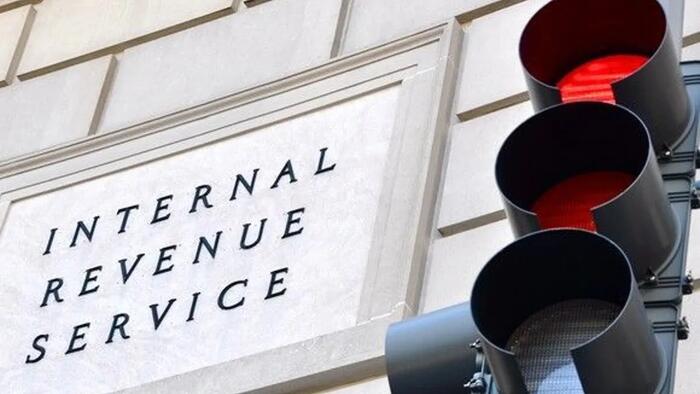 The IRS is paying interest on overdue refunds to the tune of 4%, up 1% from the prior quarter, according to the Wall Street Journal, which notes that’s more than half of what a money-market or a savings account is currently paying.

The backlogged agency has 45 days to process a tax return and issue a refund, after which interest begins accumulating. In 2021, they paid $3.3 billion in interest, which was 3x the amount paid in 2015, according to the Government Accountability Office.

“It’s not a small amount of money,” said Jessica Lucas-Judy, director of tax issues at GAO. “If there’s some way to avoid some of these payments, that’s probably a good thing.”

The IRS has been moving slower than usual to process tax returns. Administration officials say that is the result of years of Republican-backed budget cuts. Republicans say the agency hasn’t given priority to taxpayer service. Some recent years have been particularly difficult. In fiscal 2019, the aftermath of a government shutdown caused a backlog. The IRS slowed again when the coronavirus pandemic began in 2020 and is still months behind schedule in processing paper returns.

As of April 29, the IRS has 9.6 million unprocessed individual tax returns, some from tax year 2020 and some from 2021. The agency says it is taking more than 20 weeks to handle amended tax returns and hopes to catch up on all of its processing backlogs by the end of 2022. -WSJ

According to the GAO, the IRS isn’t being proactive enough about excessive interest payments.

“IRS does not fully understand the causes for refund interest payments—both within and outside of its control—and therefore cannot communicate this information to Treasury and Congress,” the GAO wrote.

The agency notes that interest rates vary over time, and that payments can’t be analyzed in a vacuum. In other cases, costs aren’t the agency’s fault, but are instead required by law.

“Our role is to administer the Tax Code as it is enacted,” said Douglas O’Donnell, deputy commissioner for services and enforcement. “We do not believe the amount of interest paid is a reliable or meaningful business measure.”

According to Nina Olson, the government needs a technology upgrade that would allow for more automated processing of returns prepared with tax software, but are printed out on paper for a physical submission.

“I don’t think the IRS shrugs it off,” said Olson, adding “It’s just that we have had two and now three filing seasons that have been abnormal.”