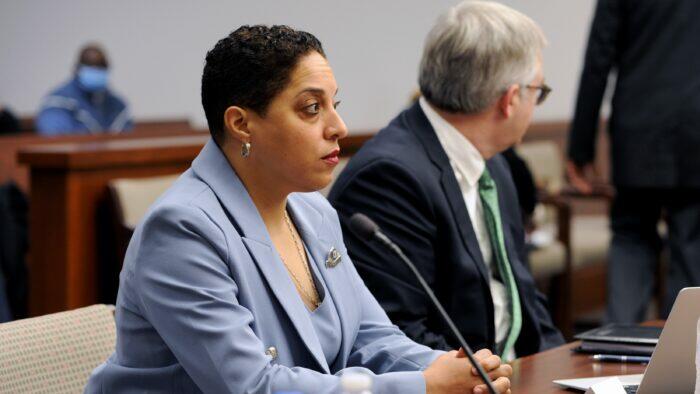 By Zachary Stieber of The Epoch Times

The Missouri Disciplinary Counsel said Gardner’s misconduct included failing to intervene when former FBI agent William Don Tisaby, who Gardner tapped to help investigate Greitens, falsely claimed that a document filed with the courts was the product of his work when it actually contained findings from Gardner.

Tisaby also gave false statements during a deposition but Gardner did not correct him even though she was in the room.

Gardner has said she was not sure at the time what to do in response to Tisaby lying but now acknowledges she should have addressed the matter by telling Tisaby to tell the truth.

Tisaby pleaded guilty in March to a tampering with evidence charge.

Giving the proper evidence to defendants is “one of the most basic responsibilities of a prosecutor,” the panel said.

On the other hand, the charges against Greitens, for allegedly taking a seminude picture of a woman who did not give permission, were eventually dropped, so a wrongful conviction did not happen, panelists noted. They also said that Gardner does not have a criminal history and that the dispute over the disclosure and production of documents “was more an issue of negligence than intentional non-disclosure,” which means that conduct did not rise to the level of “a potential breach of public trust.”

The panel is recommending Gardner be publicly reprimanded, but no further punishment be given.

The Missouri Supreme Court will review the panel’s recommendation and decide whether to issue a reprimand. Gardner’s office and re-election campaign, and Greitens, did not respond to requests for comment.

Gardner is a Democrat who received major backing from billionaire George Soros while Greitens is a Republican who resigned from office and is now running for a U.S. Senate seat.

The panel findings stemmed from an April hearing in which Gardner admitted she violated rules but described the violations as “mistakes.” She reached a preliminary agreement then with the panel to avoid criminal charges.

Grand jurors in Tisaby’s case recently said in a letter that Gardner’s conduct “was not inadvertent nor inconsequential but was calculated deceit and/or outright incompetence; neither of which is acceptable behavior for a person holding this public office.” They said they were disappointed with the agreement.

Greitens told The Epoch Times in an email after the hearing that the agreement “reaffirms what we have known all along—Soros funded prosecutor Kim Gardner conducted a political witch hunt.”

“From hiring former FBI agent William Tisaby, who just plead[ed] guilty to evidence tampering, to lying and engaging in a coverup to conceal her misconduct, Gardner is the worst type of public official, corrupt and crooked,” he added.