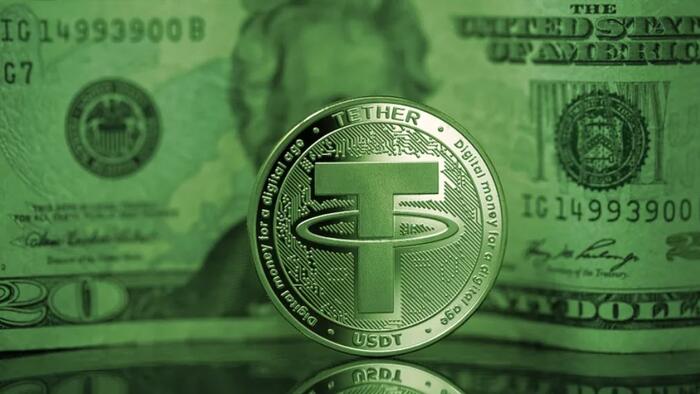 The market capitalization of the world’s cryptocurrencies crashed over $200 billion overnight, back below $1.5 trillion – its lowest since July 2021 and almost 50% down from its $3 trillion highs in Nov 2021…

Most of the loss is coming from the majors like bitcoin…

But the turmoil today is focused on the fact that crypto’s first and largest dollar-pegged stablecoin – Tether – lost its peg amid mounting redemption pressure.

As Decrypt’s Sujith Somraaj details below, Tether (USDT), the world’s largest stablecoin, briefly dropped 5% on Thursday, falling as low as $0.95.

The stablecoin has recovered some but is still trading at $0.98, according to data from CoinMarketCap. It has a market capitalization of more than $81 billion. Paolo Ardoino, CTO of Tether and Bitfinex, shared with Decrypt via email that the volatility was “pure market dynamics.”

“On Bitfinex the Tether peg is [greater than] $1 while on Kraken it is slightly lower than $1. This has resulted in arbitragers buying USDT cheap on Kraken and selling it on Bitfinex for profit,” he said. “Other market makers have bought USDT [for less than] $1 on Kraken and directly redeemed it for $1, still enjoying the profit. But all this is pure market dynamics and has absolutely nothing to do with the value of Tether which continues to hold its peg.”

Tether’s volatile price action comes amid a tumultuous week for the industry, following the implosion of Terra’s stablecoin UST and a steep 10% drop from market leader Bitcoin.

The coin currently trades at $0.62, according to data from CoinMarketCap.

USDT and UST are two different types of stablecoins. UST is an algorithmic stablecoin controlled by smart contracts, and USDT is backed by Tether’s reserves.

One USDT is issued for one dollar’s worth in an equivalent asset deposited into Tether and vice-versa. According to Tether’s transparency report, these assets include cash, corporate bonds, commercial paper, and other assets.

The reserves of Tether backing USDT includes 83.74% cash and cash equivalent, 4.61% corporate bonds and precious metals, 5.27% of secured loans, and 6.38% of other investments, including digital tokens.

Of that 83.74% cash and cash equivalent figure, the firm reports that just 6.36% is in cash and bank deposits.

Of late, redemptions for these digital dollars have reportedly been high.

Over the past 24 hours, more than $300 million of USDT has been redeemed, a process of converting USDT to cash dollars, according to Tether’s CTO Paolo Ardoino.

During redemptions, a dollar from the reserves is sent to the user and USDT is removed from the token’s supply.

“Honouring USDT redemptions at $1,” tweeted Ardoino. “[more than] $300 million had been redeemed in the last 24 hours without a sweat drop.”

Other stablecoins, including Circle’s USDC and Binance’s BUSD, which are also pegged to the dollar, are trading at a slight premium against USDT.

“There may be some stablecoin contagion following UST, however Tether continues to honor 1:1 redeemable ratio on their platform,” Fadi Aboualfa, head of research at crypto custodian Copper, said in an email.

“Anyone who was around 2017-2019 and saw massive drops in Tether, and it was really an opportunity to buy at a discount.”

Cointelegraph reached out to Ardoino to ascertain if there is cause for concern in USDT’s ability to maintain its $1.00 peg in light of recent events. Ardoino stressed that USDT has maintained its stability through multiple black swan events and highly volatile market conditions and has never refused redemptions:

“Tether continues to process redemptions normally amid some expected market panic following yesterday’s market. In spite of that, Tether has not and will not refuse redemptions to any of its customers, which has always been its practice.”

With fear, uncertainty and doubt (FUD) at levels reminiscent of the 2018 Bitcoin market crash, Ardoino offered perspective given the technical differences between USDT and algorithmic stablecoins:

“Unlike these algorithmic stablecoins, Tether holds a strong, conservative and liquid portfolio that consists of cash & cash equivalents, such as short-term treasury bills, money market funds and commercial paper holdings from A-2 and above rated issuers.”

The ongoing Terra (LUNA)/UST situation may well have dented confidence in stablecoins’ and respective platforms’ ability to redeem token swaps for their $1.00 peg. Despite that, Ardoino believes that stablecoins will continue to be a vital cog in the cryptocurrency space. “I do not believe that trust was ever lost for centralized stablecoin users,” he said, adding: “There will always be a market for stablecoins as they present an opportunity for traders to interact with the larger crypto ecosystem.” 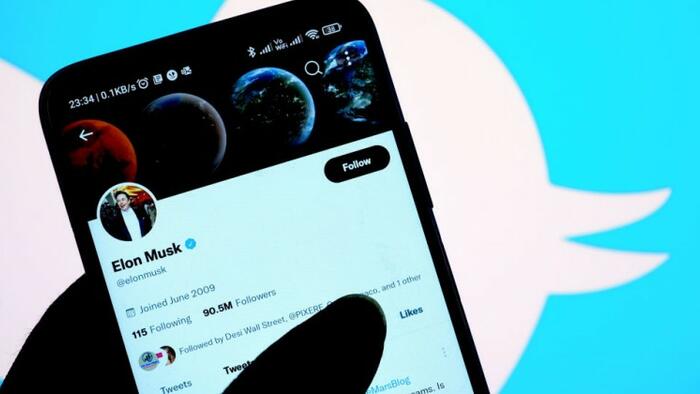