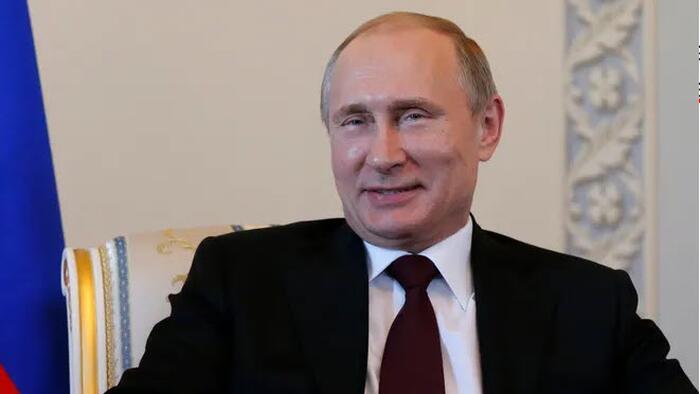 And the sanctions hits just keep on coming.

… we learned that contrary to the intentions of European countries, a calculation by a German think tank found that Russia’s oil and gas revenues hit a record high in April, rising to 1.8 trillion rubles in a single month, after 1.2 trillion in March, leading to the following stunning statistics “After only 4 months, Russia’s federal budget has now already received 50% of the planned oil and gas revenue for 2022 (9.5 trillion).”

New data! #Russia‘s oil and gas revenues hit another record high in April. 1.8 trillion rubles in a single month, after 1.2 trillion in March. After only 4 months, Russia’s federal #budget has now already received 50% of the planned oil and gas revenue for 2022 (9.5 trillion). pic.twitter.com/DKUGClchWG

Today, Bloomberg confirmed this stunning statistic and, citing the latest IEA report, writes that Russia’s oil revenues are up 50% this year “even as trade restrictions following the invasion of Ukraine spurred many refiners to shun its supplies.” Apparently the restrictions – which pushed the price of oil to the highest level in a decade and boosted revenue for oil exporters – is precisely what Putin was hoping for.

Moscow earned roughly $20 billion each month in 2022 from combined sales of crude and products amounting to about 8 million barrels a day, the Paris-based IEA said in its monthly market report.

As we have documented frequently, Russian shipments have continued to flow freely even as the European Union edges towards an import ban, and international oil majors such as Shell and TotalEnergies have pledged to cease purchases. Countering these self-imposed sanctions, Asia has remained a grateful and keen customer, with China and India picking up cargoes no longer wanted in Europe, and doing so at a huge discount to spot.

Even as Russia has kept oil output steady, reduced flows of Russian refined products such as diesel, fuel oil and naphtha have aggravated tightness in global markets, the IEA noted, echoing what we have said virtually every day for the past month. Stockpiles have declined for seven consecutive quarters, with reserves of so-called middle distillates at their lowest since 2008.

For all the disruption, Moscow has continued to enjoy a financial windfall compared with the first four months of 2021. Despite the EU’s public censure of the Kremlin’s aggression, total oil export revenues were up 50% this year.

Hilariously, despite all the posturing and rhetoric, the bloc remained the largest market for Russian exports in April, taking 43% of the country’s exports, the IEA said.

There is some hope yet that Europe’s sanctions won’t be all for nothing: supplies were down 1 million barrels a day last month, and these losses could triple in the second half of the year, the agency estimates. EU sanctions against Russian state-linked enterprises such as production giant Rosneft PJSC will take effect on May 15, and the bloc is moving towards a full ban on the country’s supplies.

“If agreed, the new embargoes would accelerate the reorientation of trade flows that is already underway and will force Russian oil companies to shut in more wells,” the IEA said.