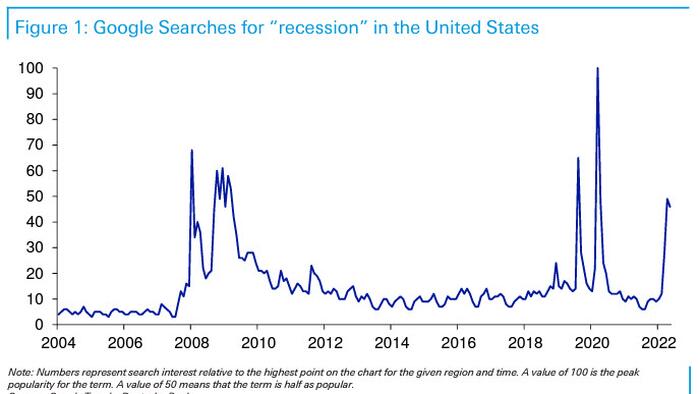 As we reported yesterday, the new market regime where yields are now falling alongside stocks, suggests that consensus shifting away from stagflation and toward a pure recession (one where the Fed will have to cut rates/launch QE much sooner than expected), aligning with what was then the first out-of-consensus “2023 recession call” instigated by Deutsche Bank 5 weeks ago.

Curiously, despite the collapse in consumer confidence today, outside of DB there are still very few economists who agree though. However, as DB’s Jim Reid writes today, in recent weeks the awareness of the risks have shot up across the world and not just in financial markets. One way of showing this is Google searches for “recession” in the US. The index is benchmarked at 100 in March 2020, with volume of searches all relative to that.

According to Reid, the chart shows how little fear there was for most of the 2010 decade, and notes that as he discussed before, the post-GFC cycle was a very different one to this boom and bust one, to wit: the US output and employment gap took 8 years to close and excesses were more limited in the real economy as it was still in the long shadow of the GFC.

Interestingly, this index also spiked in August 2019 when the 2s10s yield curve briefly inverted. We quickly saw this fall as the yield curve re-steepened. Of course, we’ll never know what would have happened in 2020 without the pandemic as the covid recession conveniently took over.

So, as Reid concludes, it’ll be interesting if the steeper yield curve in the last 6 weeks (notwithstanding the last 48 hours of flattening) means that searches for “recession” start to fall. However, at least for the DB strategist, the recession risks are now much more widespread than just the yield curve so it’s likely to stay elevated for longer.

Looking ahead, Reid believes that the bigger risks are still more likely to materialize in 2023 than 2022 though as the Fed is forced to hike aggressively and the impact is felt with a lag. That’s still some way off in market terms so can risk stay as weak as it is today if US growth holds up over the next few quarters? Indeed, it is still feasible for there to be sharp risk rallies before bigger falls in markets next year, according to Reid.

One final point from the strategist: “Maybe much of the current sell-off is a de-leveraging from years of cheap money as much as it is of imminent recession fears. The Crypto carnage of the last few days might be testimony to this, following on from the recent tech rout. So interpreting price action is becoming increasingly challenging.” 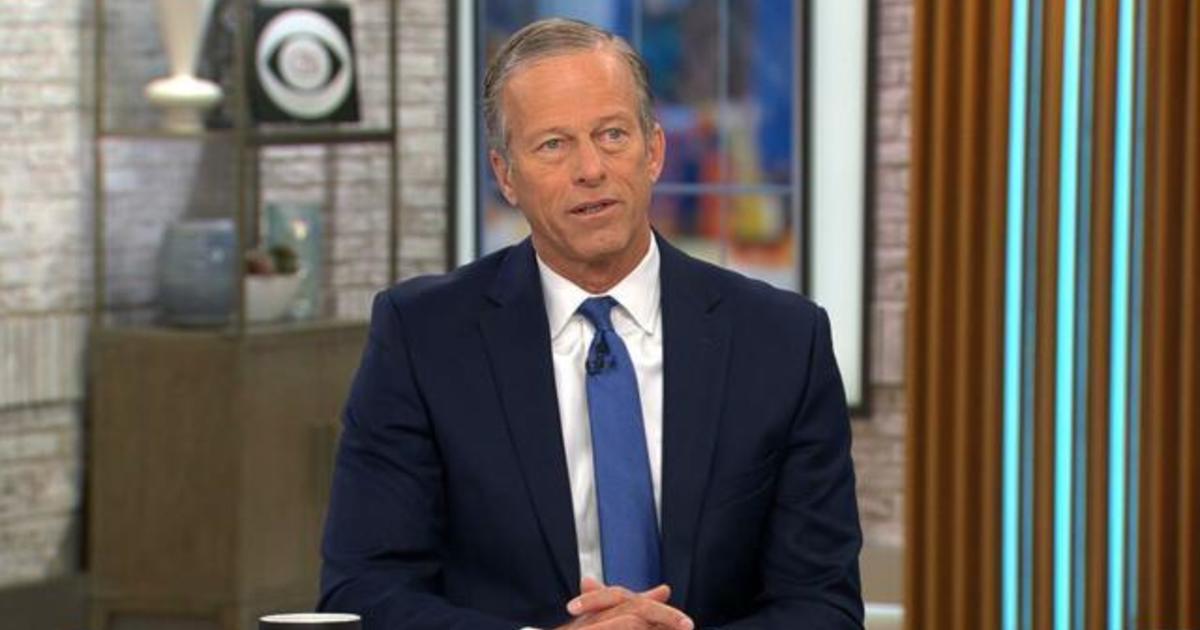 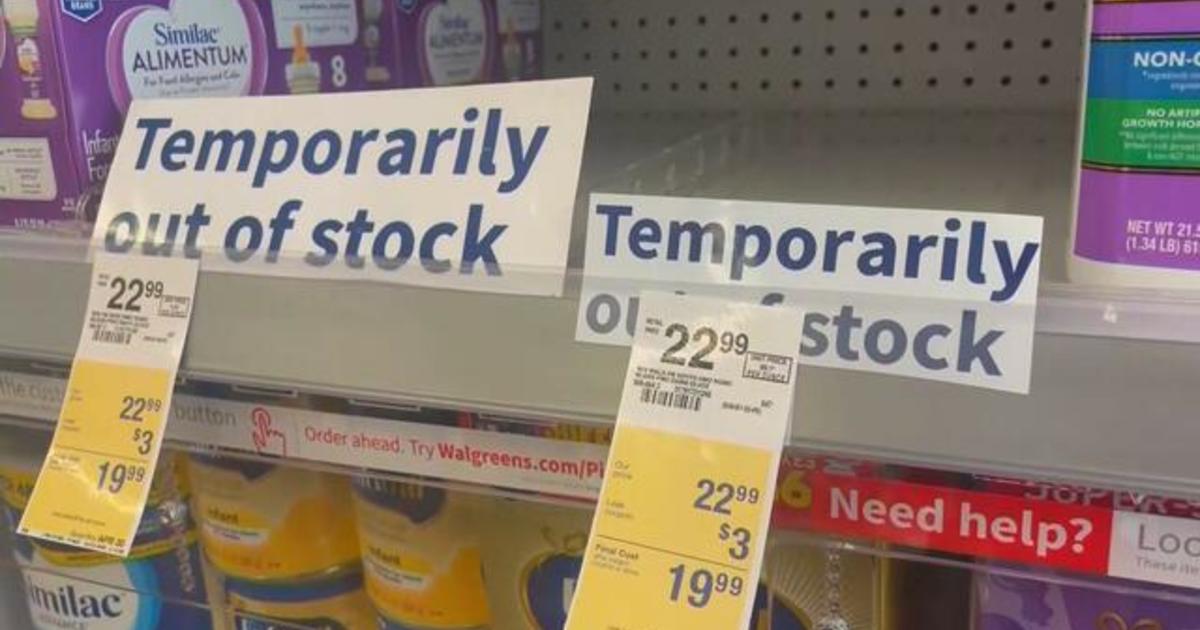