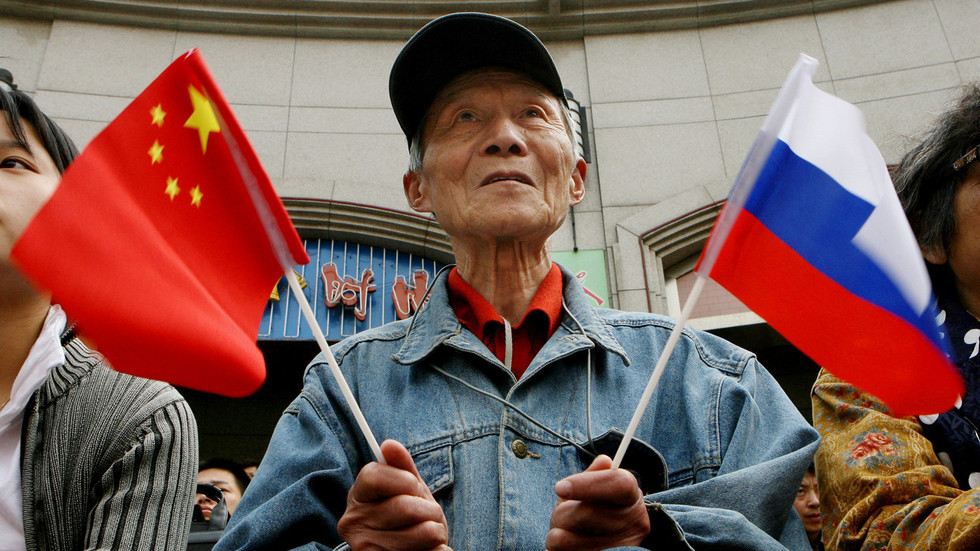 A recent survey has revealed that a majority of Chinese citizens hold a favorable view of Russia, while most respondents named the US as the least positively perceived out of a list of 25 countries.

The online survey was conducted by the Central European Institute of Asian Studies think tank in March, shortly after Russia launched its military operation in Ukraine, and was published earlier this week. Researchers questioned more than 3,000 residents in mainland China to evaluate their perception of the world at a time of war, presenting them with a list of 25 countries which they were asked to rank in terms of favorability.

“This is a unique survey which gives broad and detailed insights into Chinese people’s attitudes at a crucial time in international relations, just after the Russian invasion of Ukraine,” said Dr. Richard Q. Turcsanyi, who led the survey. “Our findings show that the Chinese public was not disturbed by the Russian moves and actually seems to support Russia in the war,” he added.

Of the 25 countries that respondents were asked about, Russia was revealed to be the most positively perceived nation, while the US was the most negatively viewed one. Researchers found that nearly 80% of respondents had positive feelings about Russia, and around the same proportion said their view of the country had improved over the past three years.

Asked why their view of Russia had improved, many cited their admiration for the country’s leadership. Some of the common responses were “Trust Putin,” “Putin has guts,” and “Strong leadership.” Many Chinese people also stated that they felt a “brotherly love” between Russia and China, while some said they believed that “the enemy of an enemy is our friend.”

During the same three-year period, Chinese views of the US seem to have significantly worsened as less than a third of respondents claimed to have a favorable view of the country. The US was ranked the most negatively viewed country of the 25 mentioned, with some participants stating that while they perceive the US as an advanced and powerful state, they feel it is hostile to China, untrustworthy and has a tendency to interfere in other countries’ affairs.

Other countries that were favorably perceived by respondents included Pakistan, Singapore, North Korea and Germany. Meanwhile, countries like India, Japan, Vietnam, South Korea and Ukraine were the most negatively perceived.

The report suggests that Chinese people’s views of foreign countries seem to correspond to their perception of those countries’ views of China. Nearly 60% of participants stated that they believed Americans had a generally negative view of China, while only about 10% thought that Russians were ill-disposed towards Chinese people.

The researchers stated that while the view of the US is generally negative in China, there is still a long way to go before tensions spill out into a Cold War.

“The tense diplomatic relations have not significantly damaged the Chinese public’s admiration for American culture, and a majority of Chinese still considered the US culturally attractive. We are not in a full-fledged Cold War yet,” Tao Wang, research associate at Manchester China Institute and co-author of the report, said in a statement.