The Democrats are scared.  Joe Biden is a disaster.   Their cultural agenda is being rolled back on multiple fronts.  Yet they know with the help of a willing media, they can scare large segments of the population into compliance.

The question is:  Will we fall for it again?

As summer nears, tens of millions of Americans are getting beyond COVID and getting back to their normal routines. They’re heading to the beach or to a campsite, or maybe to a nearby national park. Or maybe they’re just heading downtown to a favorite restaurant, or gathering with friends for a cookout. Regardless, they’re no longer worrying about masking up or showing proof of vaccination — at least for now.

But it might not be time to burn those face diapers or vax cards just yet. Why? Because Democrats are warning of another COVID wave — a wave they expect to hit us, conveniently, just in time for the midterms. We did, after all, just reach one million American COVID deaths.

When we passed 200,000 deaths in October 2020, Joe Biden said during a presidential debate, “Anyone who … is responsible for that many deaths should not remain as president of the United States of America.” What does he have to say now that we’ve passed one million?

(Insert caveat here for the numbers — many more Americans died with COVID than because of COVID.)

The Democrats face a twofold problem: On the one hand, the Biden administration is already requesting more relief funds. On the other, Democrats will be making demands for mail-in voting. Our country cannot afford either one of these approaches. One will drive us even deeper into debt and a likely recession, and the other will allow Democrats to hold off the coming red wave — or at least soften the blow — of a Republican-administered shellacking in November. Both are designed to help the Democrats hold onto power, and both will result in less freedom, less trust in our electoral system, and less faith in our economic system.

As for the additional funding Biden wants, how quickly he seems to have forgotten the massive fraud that plagued our nation’s pandemic relief programs during the past two years.

For example, the Paycheck Protection Program was touted as a means of making sure businesses weathered the storm of COVID shutdowns. According to Fox Business, fraud resulted in billions of dollars in lost taxpayer funds.

How many billions? NBC News reports that 10% of the PPP funds, around $80 billion, was pilfered. And nearly half, up to $400 billion, was stolen from COVID unemployment funds by international fraudsters who used the money to buy homes and cars. If it weren’t so sad, it’d be comical. No wonder no one trusts the government.

Making matters worse, the Biden administration didn’t use COVID funds exclusively to fight the virus — far from it. As a letter penned by House Republicans claims, “The $2 trillion in funding in the Biden Administration’s so-called COVID ‘rescue’ bill allocated less than 9 percent to combatting the virus, with the remaining 91 percent spending hundreds of billions of dollars to bail out state governments, and build bike trails, new high school weight rooms, apartment buildings, and golf courses.” Caught red-handed, Team Biden has refused to comply with GOP requests for info about how the funds were allocated. So much for transparency.

Fraud and deception won’t stop these Democrats from pushing for more “aid,” though. And the best way to get the support they need is to instill fear.

This time, they’re warning Americans that a massive spending splurge for new vaccines is the only way we can stop the next COVID surge. That’s right: If the government doesn’t spend billions more that it doesn’t have, COVID deaths this fall and winter will make last year’s look like the common cold.

As The Wall Street Journal reports, “The cases would amount to a million a day over the course of three to four months, according to a senior administration official, who shared the estimate as part of a White House push to secure $22.5 billion in new funding to combat the pandemic.”

Democrats, of course, are merely reverting to what worked last time, says historian Victor Davis Hanson, and what worked then was using fear to attract voters and “desperately looking for some magic escape route” to avoid facing real issues like the border and inflation.

Time’s running out for them to salvage something from the midterms, thus the COVID Hail Mary. “Democrats’ push to make permanent the voting rules put in place during the pandemic is a near last-ditch effort to keep their 2024 hopes alive,” opines columnist Kristin Tate. “The combination of reversion to pre-pandemic voting measures and shifting demographics means that without a thumb on the scale in the next elections, they lose.”

Democrats are hoping voters will be too focused on those summertime activities to notice the phony fearmongering. But maybe, just maybe, Americans won’t get fooled again. 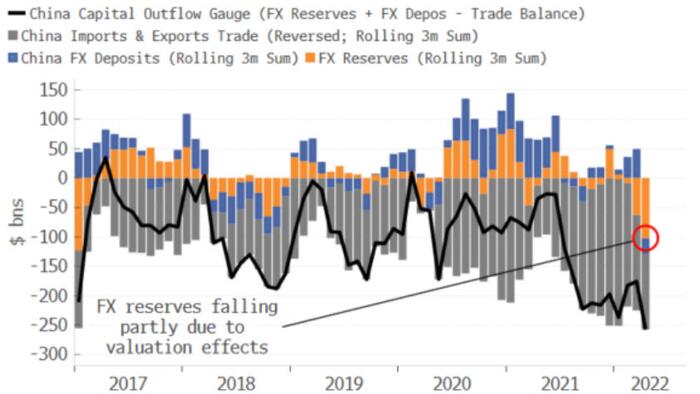