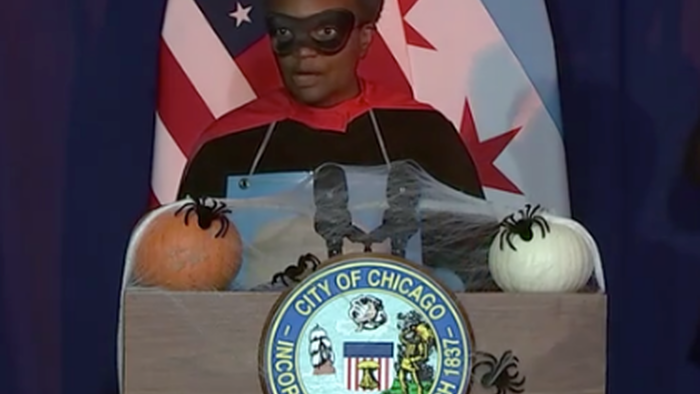 “My Patience Is Wearing Thin”: Citadel’s Ken Griffin Is At His Breaking Point With Chicago

Hedge funds are running out of U.S. cities to defect to – just ask Ken Griffin. He is among the many managers contemplating leaving his home city due to crime.

Griffin is getting close to leaving Chicago, where he has been threatening to leave for a while, a mid-day Thursday report from Bloomberg noted. Instead of leaving, Griffin had previously donated millions of dollars toward policing efforts.

“We’re getting to the point that if things don’t change, we’re gone. Things aren’t changing,” he said this week.

Currently, his hedge fund and market making businesses are headquartered on South Dearborn Street, blocks from the Willis Tower.

Griffin has long said that he would consider leaving due to rising violence and inept political leadership in the city. He even announced a $25 million donation to help fund the University of Chicago Crime Lab’s new program on policing and public safety training, Bloomberg noted.

But the city’s rising crime over the last few years, which worsened during social unrest related to the George Floyd incident and during Covid, has become an issue that Mayor Lori Lightfoot isn’t competent enough to solve.

We have documented extensively how many former city residents have felt the urge to leave Chicago – a scene that has also played out in major American cities like New York and San Francisco.

One resident said of Lightfoot back in 2020: “She hasn’t done her job. Her job is to protect me and protect the city. And I just don’t see that she’s doing it. I can’t go out at nighttime anymore. I’m afraid to. That’s not normal, that’s not the way Americans are supposed to live.”

He has called the violence in the city “senseless” while his firm seeks additional office space in Manhattan.

Maybe if Mayor Lightfoot spent more time fighting crime and less time dressing up as someone who is fighting Covid, Griffin wouldn’t be having this problem