Today…which words can be written that have not been scribed before, and way too often, about school shootings?

The familiar and almost too mind – numbing list of words:

Then there are the catch all phrases:

Here is the only word and phrase worthy of those eighteen children and two brave teachers at Robb Elementary School in Texas who were murdered ( at the time of this writing.) Hold that word and phrase, and we will come back to them.

What word or phrase adequately conveys the vile actions of cynical politicians and propagandists in the media today? Fiendish? Malevolent? Perhaps following today’s contemptuous behaviors, they get identified as Mephistophelian.

Hours passed while parents excruciatingly stood vigil, clinging to hope that their second grader , third grader, or fourth grader, whom was still missing long after the gunman’s last discharges – was somehow miraculously misplaced in an undisclosed location or hospital bed. In shock and stunned numb, they starred into reporter’s intrusive cameras and microphones, as like vultures picking a carcass, the ‘lead in’ questions tumbled forth from reporter’s lips,’ Why are you here? Do you think you’re child is still alive?” This is what passes for journalism in America today.

Wee little ones still lying on the school classroom floors or hospital morgue shelves, lifeless, waiting to be retrieved and identified did not derail those void of a moral compass. Arizona Democrat ,Congressman Ruben Gallego:

Just to be clear fuck you @tedcruz you fucking baby killer.

What could the Texas Senator Ted Cruz have done or said to warrant such a heinous verbal attack? This:

Cruz to reporters: There's no doubt we need to do more to keep children in school safe. We know from past experience that the most effective tool for keeping kids safe is armed law enforcement on the campus. pic.twitter.com/RDm1yWfX7q

14 children and a teacher dead.

Another shooting. And the GOP won’t do a damn thing about it.

Who the hell are we if we cannot keep our kids safe.

This is preventable. Our inaction is a choice.

Bam Bam, The consummate  smooth ‘Player’ ever so mindful of the juxtaposition of the midterm tsunami crashing his party’s way – gave his handmaidens’ at the New York Times this balloon to rise:

“Nearly 10 years after Sandy Hook — and 10 days after Buffalo — our country is paralyzed, not by fear, but by a gun lobby and a political party that have shown no willingness to act in any way that might help prevent these tragedies.- Barack Obama”

Democrat lawmakers were ‘ lit up’ and internally humming like a teen girl squirming in the backseat of the football jock’s jeep as his tongue and hands were fondling, here.

Name the law you are referring to. What United States law, specifically, “lets children be shot in their schools”.

You won’t name it because it doesn’t exist.

You are shameless, bought-and-paid for politician, standing on the bodies of dead children to score political points. https://t.co/3IzlAcVvmH

Like that wind up Fischer-Price, See-N-Say toddler toy, Hollywood Celebs were a squawking, here.

The talking heads on cable were simply rinse and repeating talking points years old, at this point, but give credit for staying focused and on point, here, here and here.

But as dusk gave way on this, the cruelest cut of fate day, for many Americans’ it was not the ‘MAGA King’( Biden’s label for Trump) who stepped to the podium. Tucker Carlson summed up best who did shuffle forward to the mic to read his script:

Tucker Carlson on Biden's speech: "The President of the United States, frail, confused, bitterly partisan, desecrating the memory of recently murdered children with tired talking points of the Democratic Party, dividing the country in a moment of deep pain rather than uniting." pic.twitter.com/qVKvVr05p1

Here is Biden’s presentation of “the further ripping apart of a nation in tatters and strings already” speech in full. If you feel you cannot stomach the whole gulp from Joey’s sippy cup,  Katy Pavlich’s article has a good variety of shorter sips to ingest , here.

But what about the ‘MAGA King?’ It should be noted, that Former President Trump is scheduled to deliver a keynote address in Houston at the NRA’s annual meeting this Friday.

Projection is a powerful tool used to divert, weave and deceive. The Democrats and their complicit media are masters at the art of accusing others what they themselves do. During President Trump’s tenure like many leaders he was called upon far too many times to speak to a nation mourning over a tragedy. Always, the Mephistophelian’s labeled him as rigidly partisan, authoritarian, divisive and destructive to our Republic. It is true that Trump could not overcome the lying Mephistophelian Cabal and unify the country – but not from lack of effort or leadership. One moment at the ‘MAGA King’s’ podium stands out above all others and serves as  a stark reality that elections truly do matter.

My heart is with the people of Uvalde, Texas. Today’s senseless act has no place in our society. Praying for all affected by this tragedy.

So yes, it is Groundhog Day again, and a pathetically desperate diabolic political party seeks to weaponize another shooting tragedy to run the inside rail and maintain power. If I was a betting gal I would place a large wager that the leadership in the Republican Party is yanking the bits of all galloping obstacles to make way for their victory over our constitutional second amendment right.

This is all kabuki theater. Biden lied to America as he read his talking points; on the effectiveness of the Assault Weapon Ban, on how America compares with other countries in terms of mass shootings, and he even slaughtered the deer Kevlar joke, no pun intended. Every lawmaker and political pundit knows the reality of the stats. They all know it is not the weapon which is causation for these unthinkable events we have endured too long as a nation. The data is overwhelming and conclusive, here, and here.

The progressive left virtue signal 24/7 about who we are as a nation, what our core values are, our character, equity, and most of all vomit constantly the declaration they are on the right side of the arc of history, blah, blah, blah.
But President Trump was correct in his speech above- it is our culture, not guns, that produced the plague upon us and is creating unstable and violent citizens. Progressive liberal policies at the city, state and federal level, over decades, have marinated our society in sickness. And the very last thing the left wishes to place energy and focus on is examination of their policy initiatives and causation.

In America, we should all be able to agree no child should become a victim of school shootings. No parent should ever be forced to wait hours outside the police tape perimeter across from their Childs’ school to see if that child walks out alive. There are but a few 100 percent’s in this world . But if one is serious about reducing the chances of their child or loved one being gunned – down singularly or in a mass casualty event, then choose the only effective course.

‘The most obvious policy to stop the vast majority of mass public shootings is to eliminate gun-free zones and encourage people to carry their permitted concealed handgun.’

Now, about that one word and phrase…

The word is: Survival, and the phrase is: ‘End All Gun-Free Zones.’ 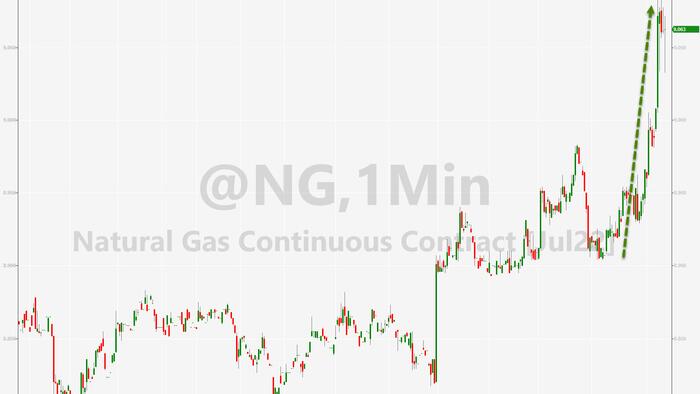