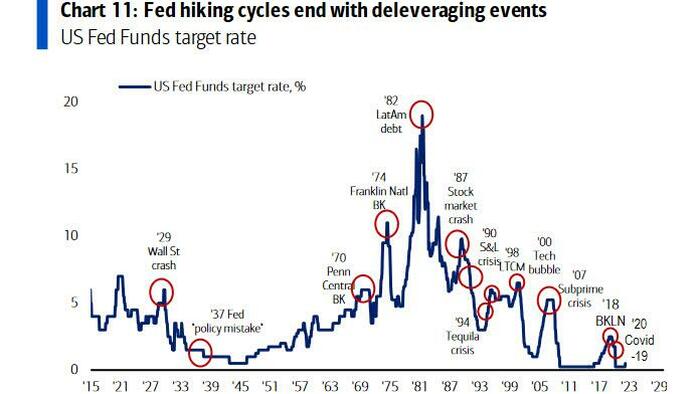 Ahead of this week’s FOMC meeting — and, alongside a blistering CPI print — global central banks stole the show. 50bps hikes from both the RBA and the RBI were mere calisthenics for the ECB, which put a knife in European assets following the reveal of a more protracted hiking cycle.

In turn, our European economics team now expects the following profile of hikes: 25 in July,  50 in both September and October, then 25 in December, February, March and June … taking you to a 1.75% terminal rate a year from now (link).

If you step away from the noise and the nuance, the moral of that story is global central banks face an increasingly intractable growth-vs-inflation tradeoff, and they appear willing to break some things – for now, anyway – in their journey to get inflation under control.

Again, this is not tightening for the sake of tightening, it’s a concession to the reality of a significant problem: from the start of 2009 through the end of 2019, headline US CPI has averaged 1.6%, but over the past year, it has averaged 6.9%.

What I’m trying to get at here: 2020 and 2021 were anomalistic in deeply fundamental ways; now we’re still working through the regime change that inevitably follows, and therefore the big dynamics in the risk management game have changed.

As for markets, while the local tone varies from week-to-week, the broad patterns remains intact and I’m not inclined to fight them: higher commodities prices (led by energy), higher interest rates (led by the belly) and a very choppy S&P tape where convexity still clearly favors the downside.

A short-form take a bunch of other items: