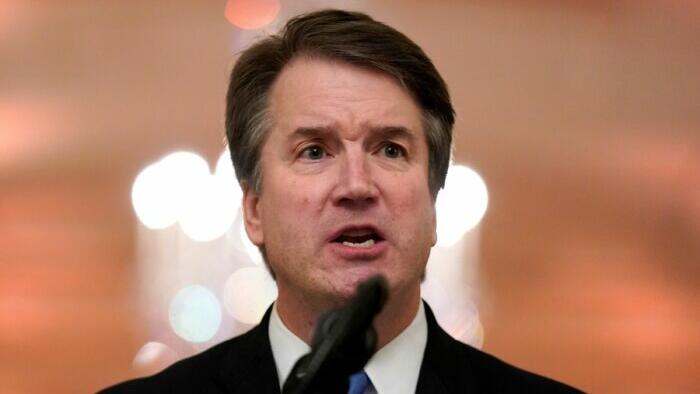 Authored by Zachary Stieber via The Epoch Times,

Many news networks on June 12 omitted mention of the recent attempted murder of Supreme Court Justice Brett Kavanaugh, even though some touched on issues facing the nation’s top court.

All Sunday morning shows on CNN, CBS, NBC, and ABC did not cover the attempted killing, which took place on June 8.

Several shows brought up the Supreme Court in other contexts.

On CNN’s “State of the Union,” host Dana Bash noted that the Supreme Court is poised to strike down Roe v. Wade before asking Rep. Alexandria Ocasio-Cortez (D-N.Y.) about the upcoming midterm elections. Bash also mentioned the nation’s top court declined to take up a case involving elections in Pennsylvania.

The Supreme Court was not brought up on CBS’s “Face the Nation” or ABC’s “This Week.”

“It is stunningly unprofessional of major media outlets to consciously ignore news of the threat to Justice Kavanaugh,” Jeffrey McCall, a communications professor at DePauw University, told The Epoch Times in an email, describing what happened as “the journalism of omission.”

The safety of Supreme Court justices is a highly important topic, especially with looming decisions on gun rights and abortion, McCall said.

Representatives for the outlets did not respond to requests for comment.

The bulk of coverage on the four shows was of the Jan. 6, 2021, breach of the U.S. Capitol, primarily through the lens of a House of Representatives hearing on the matter that took place on Thursday.

A day earlier, according to court documents and a 911 call, a California man was dropped off by a taxi outside Kavanaugh’s home in Chevy Chase, Maryland, with the intention of breaking into the abode and murdering the justice.

The man, Nicholas John Roske, walked down the street when he spotted law enforcement officers standing outside the house, and called the police on himself.

On Fox News, host Bret Baier brought up the attempted murder when interviewing Sen. Chris Coons (D-Del.), a close ally of President Joe Biden. Baier noted that the lower chamber has yet to act on a bill that the Senate unanimously passed, which would increase security for all nine justices on the Supreme Court.

“The House is working to add a provision that would allow the marshal of the Supreme Court to decide to extend protection to the staff and families of staff of the Supreme Court. I think that’s appropriate, that’s an acceptable compromise. More than anything I think the House needs to take it up and pass it early next week, and I’m optimistic after several conversations with House leadership that they will,” Coons said, before pivoting to the Jan. 6 hearing.

“We have to strike the right balance here between protecting freedom of speech in this country and ensuring that our justices and judges are safe,” Coons said. “do think we need to take stronger action to make sure that our federal judiciary is safe because that’s part of making sure our democracy is safe, which really is the core issue of the January 6 hearings, is how do we make sure that the fundamentals of our democracy, the safety and security of Congress, the peaceful transfer of power and I would also add the safety and security of our federal judiciary is ensured, we should act.”