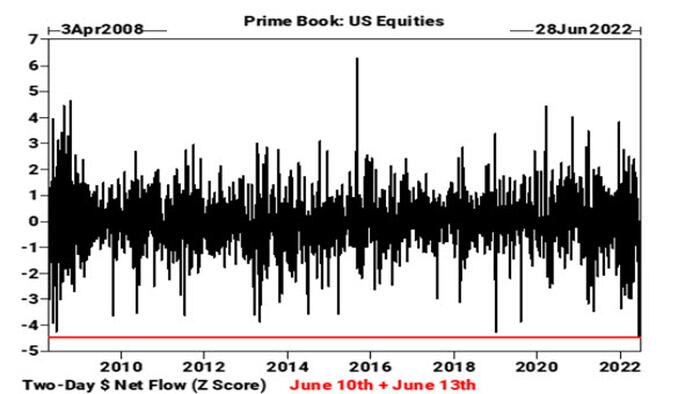 Yesterday morning we noted that after a weekend of sheer hawkish terror, markets opened with a wall of selling after the ugly overnight futures session…

… culminating in an unprecedented selling wave peaking with a TICK reading below -2000, the fifth largest ‘sell program’ in history.

We now know how was selling: according to Goldman’s Prime Brokerage, hedge funds – the so-called “smart money” at least until Melvin Capital showed everyone just how dumb said money really was – sold US stocks for a seventh straight day Monday when the S&P sank to a bear market, with the dollar amount of selling over the last two sessions (Friday and Monday) exploding to levels never before seen by Goldman, which is remarkable because the bank’s records go back to April 2008 which means they capture the chaos from the Global Financial Crisis.

In other words, we just saw a more frenzied liquidation than what took place in the immediate aftermath of Lehman!

And while there was some selling of existing positions, much of the action was putting on new shorts with Goldman Prime saying that hedge fund short sales climbed “aggressively,” with broad-based investing strategies – or macro products – like exchange-traded funds dominating the flows.

Amid the outright liquidations – and shorting – hedge funds continues slashing their equity exposure, and according to GS Prime, gross hedge fund leverage sat near five-year lows. Which of course means that even the smallest whiff of good news would send stocks careening higher as hedge funds scramble to cover, similar to the one we observed in December… a scramble which we may see as soon as tomorrow if the Fed hikes by 75bps or more because as we said…

Fed hiking 75bps will send stocks up; Fed hiking 100bps will send them higher and 150bps highest… as it means recession, rate cuts and QE come much faster

… the faster the Fed hikes into a recession (or depression), the faster it will ZIRP, NIRP and QE its way to new all time highs. 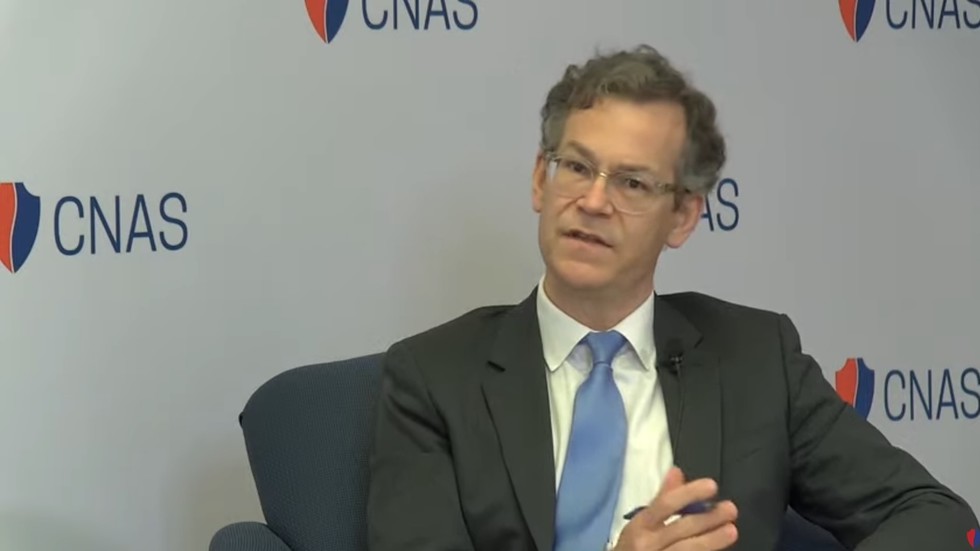 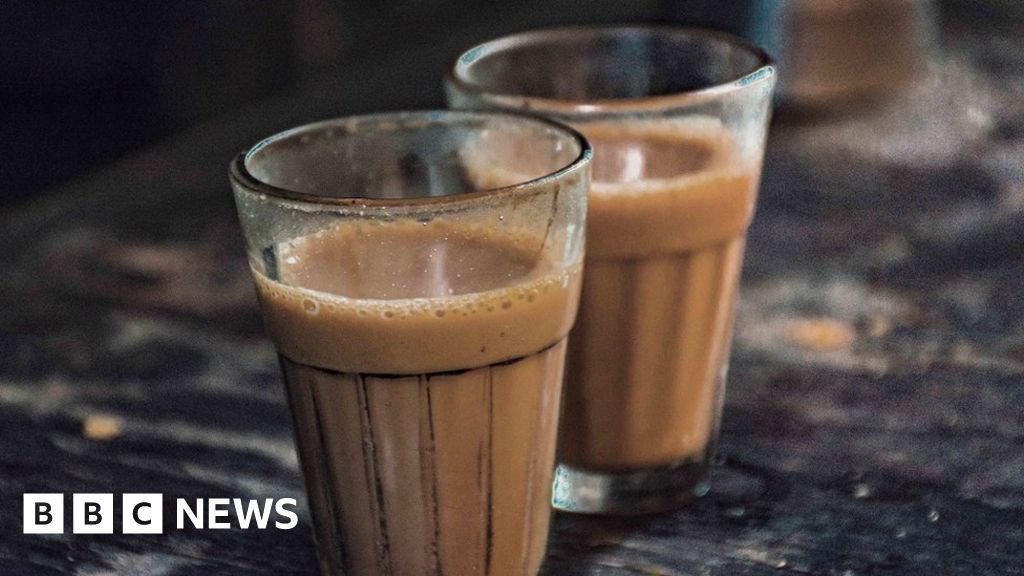