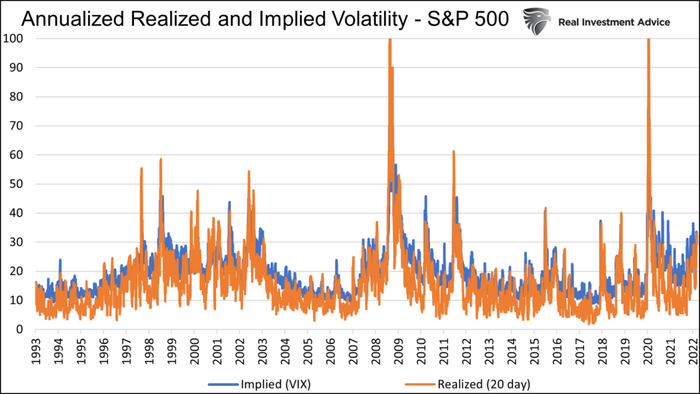 Are Financial And Market Instability The Last Hopes For Stocks

Authored by Michael Lebowitz via RealInvestmentAdvice.com,

The illustration below from the Federal Reserve Bank of Chicago helps visualize its mandates. The “Dual Mandate Bullseye” highlights its 2% core inflation rate and 4.1% unemployment rate objectives.

The Fed is currently way off the mark. As we share below, core CPI is running about 4% above the Fed’s target, and the unemployment rate is about half a percent below their objective.

To address surging inflation, the Fed is taking aggressive actions which might increase joblessness and slow the economy but hopefully reduce inflation.

Higher interest rates and balance sheet reduction (QT) are not good for stock prices. Investors need to consider how much pain the Fed is willing to inflict on stock prices to hit their bullseye. Further, besides significantly lower inflation or a surge in the unemployment rate, what might allow the Fed to deviate from its objectives and save stock prices?

History Of The Third Objective

As the “bankers’ bank,” the Fed has made it clear through its actions that monetary policy will also be used to maintain financial and market stability and protect the financial sector. Financial and market stability encompasses the healthy functioning of capital markets. Many times in the past, when financial markets became illiquid and stressed, or even as instability appeared imminent, the Fed has come to the rescue with liquidity.

One only needs to look back to 2019. In August 2019, the Fed lowered the Fed Funds rate, restarted QE, and offered institutional investors liquidity through repo transactions.

Then, the unemployment rate was 3.7%, .4% below its target. Core PCE, the Fed’s preferred inflation measure, was 1.85%, .15% below their target. The Fed was easing. Given their mandates, the Fed should have been tightening monetary policy.

Rather than forcing some investors to deleverage, which could destabilize markets, they provided liquidity. The Fed tossed its congressionally mandated objectives out the window. Instead, protecting large investors and preventing financial and market instability took precedence.

The Fed’s influence, directly, indirectly, and in investor mindset, has increasingly resulted in a positive correlation between stock market returns and Fed policy. When monetary policy is easy, stock prices and valuations tend to rise. Conversely, when the Fed tightens policy, stocks tend to exhibit weakness.

With a very hawkish Fed pushing interest rates higher and embarking on an aggressive QT program, the Fed’s third objective may be investors’ only hope for the Fed to stop the market bleeding.

The Fed graph below shows the Fed has used an abnormally low Fed Funds rate to help fuel debt-driven growth. Fed Funds should trade at or above the inflation rate. When Fed Funds are below the rate of inflation, as it has been for the last 20 years, it implies the Fed is pushing rates below where economic conditions and a free market would justify.

Below we share a few popular bond market measurements to assess where corporate bond and bank yield spreads are today versus historical spreads.

The graph below shows that the spreads of BBB- and B-rated corporate debt yields versus the same maturity Treasury yields are elevated. However, the current spreads pale compared to those seen in 2008 and other liquidity events. While the corporate bond market spreads can widen quickly, those sectors do not have a financial stability problem today.

The TED Spread or Treasury Eurodollar spread measures the cost of borrowing dollars for foreign banks versus Treasury yields. Like the corporate bond spread analysis, widening spreads can be a precursor to potential liquidity issues.

As shown below, the spread was recently at its widest level since the Financial Crisis. Since then, it has tightened. Like many other financial stability measures, the TED spread is higher than normal but not close to concerning levels.

The Fed Put is the market’s way of saying the Fed has the market’s back if it falls enough. “Enough” is often considered a loss of between 10 and 20%.

In Liquidity and Volatility- Decoding Market Jargon, we state:

Realized, or historical, volatility is backward-looking. It is a statistical measure of an asset’s price movement over a prior period.

Implied volatility is derived from options prices. It gauges what investors think volatility will be in the future.

The graph below shows annual and implied volatility is high but well below levels seen during the Financial Crisis and the initial days of the pandemic. Currently, both levels are only one standard deviation extended from their norms. A variation of three or more standard deviations would likely be destabilizing.

We can measure financial stability in many ways. The more popular ones we highlight show financial instability is not a current problem.

However, like summer thunderstorms, financial instability can pop up quickly and cause significant damage. We are hearing that there are some liquidity concerns in the mortgage and short-term Treasury markets. So, while the traditional measures of instability may not be alarming, we need to stay alert as liquidity problems spread quickly.

It is crucial to keep in mind the threshold for a Fed “instability” U-turn is much higher than in the past. Given the stubbornness of the recent bout of inflation, the economic damage it’s inflicting on much of the population, and growing political pressures, the Fed will not be able to react quickly to premonitions about financial instability. Unless inflation quickly diminishes, it will tolerate a higher-than-normal amount of instability. Such may likely result in higher bond spreads and lower stock prices. 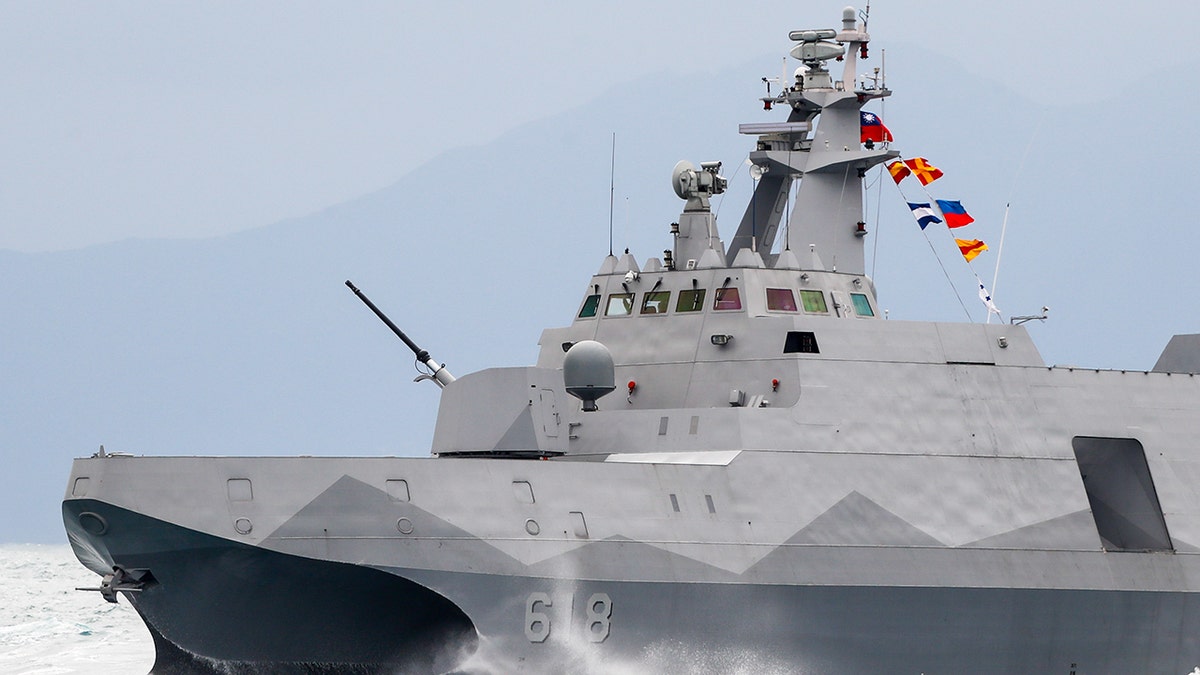 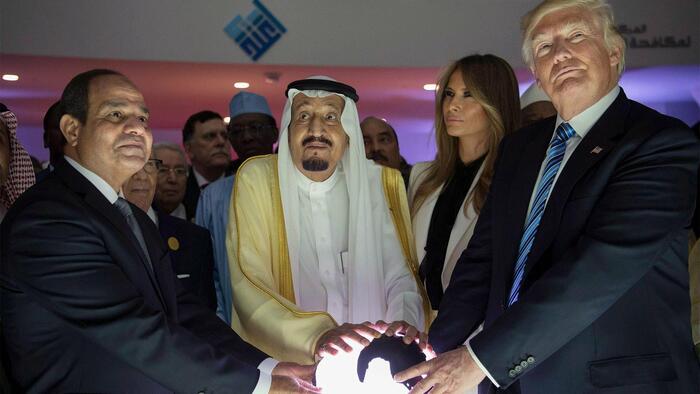