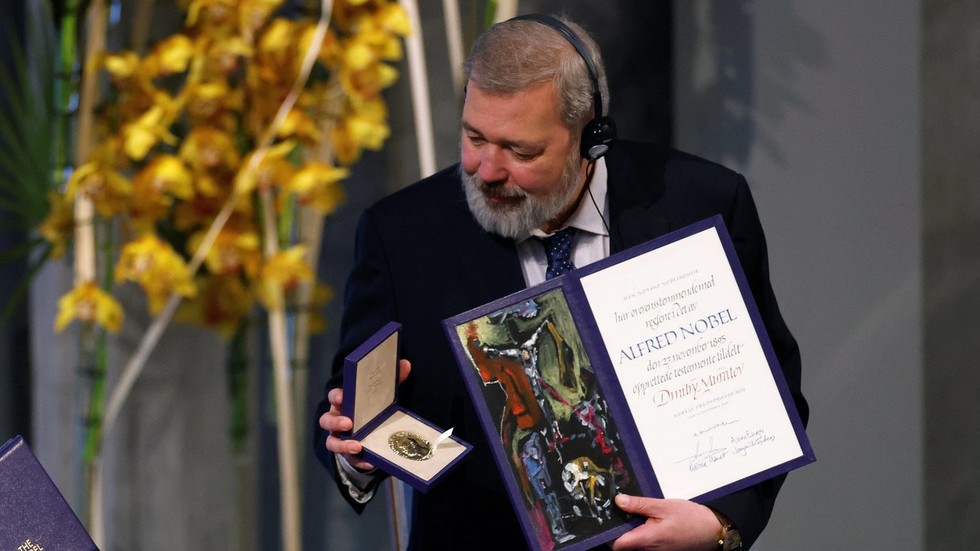 Russian journalist Dmitry Muratov auctioned off his Nobel Peace Prize gold medal for a record-shattering $103.5 million on Monday. The editor-in-chief of Novaya Gazeta has said he will donate all of the money to UNICEF to help Ukrainian children and families who have been displaced by the ongoing military conflict in the country.

Muratov, who is the editor-in-chief and co-founder of independent Russian newspaper Novaya Gazeta (The New Gazette), received the Nobel Peace Prize in October 2021 alongside Filipino journalist Maria Ressa for their “efforts to safeguard freedom of expression.”

The journalist initially announced that he would be selling off his prize back on March 22 and finally put it up for auction through Heritage Auctions in New York City on June 20, coinciding with the international World Refugee Day. The first bid came in at $700,000 and quickly grew to $16.6 million. Sometime later an anonymous bidder put up $103.5 million for the 23-carat gold medal, and no other participant managed to match that offer.

Previously, the most anybody paid for a Nobel prize medal was in 2014, when James Watson, who won a Nobel prize for discovering the structure of DNA in 1962, sold his medal for $4.76 million.

“I was hoping that there was going to be an enormous amount of solidarity,” Muratov said after the sale. “But I was not expecting this to be such a huge amount.”

When he first announced that he would be selling off his medal in order to help Ukrainian children, Muratov stated that “we thought about this for a long time with the editing team of Novaya Gazeta and we realized that there are people who have it much worse than we do. Refugees. Sick Ukrainian children. It’s much worse for them than it is for us.” He added that the decision to auction off the prize was supported by “100%” of the newspaper’s staff.

Muratov has previously stated on Telegram that the auction was “an act of solidarity” with the “over 10 million Ukrainian refugees” displaced by the Russian attack, which he called “a tragedy”.

Speaking on why he chose UNICEF as the recipient of the money, Muratov claimed that it was important to the Novaya Gazeta staff that the organization they chose did not belong to any one government, allowing it to work without borders. He added that he was particularly concerned about children orphaned by the conflict in Ukraine and wanted “to return their future.”

Kremlin spokesperson Dmitry Peskov commented on Muratov’s decision to contribute the money to UNICEF, which assists Ukrainian refugees across the world, including in Russia, by stating that “any contribution to this cause, especially with regard to children, can only be welcomed.”

Speaking to journalists on Tuesday, Peskov added that the number of refugees from Ukraine, particularly those who arrive on the territory of Russia, has only continued to grow and noted that many people are providing all possible assistance “with an open heart.”

“It has to become a beginning of a flashmob or example to follow so people auction their valuable possessions to help Ukrainian refugees,” said Muratov in a video released by Heritage Auctions ahead of the auction.

Novaya Gazeta decided to suspend its operations both online and in print on March 28 after receiving two warnings from Russian media regulators for failing to identify “foreign agent” entities as such in its articles. Under Russian law, if a publication receives two warnings from regulators it can have its license revoked.

Muratov, who has openly opposed Moscow’s military offensive against Kiev, stated that the newspaper would not resume operations until “the end of the special operation on the territory of Ukraine.” 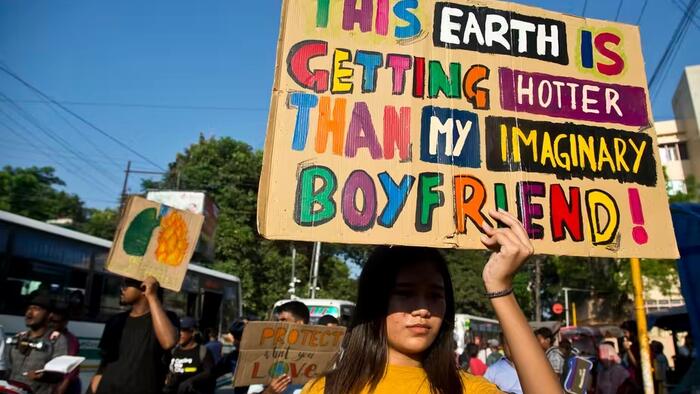