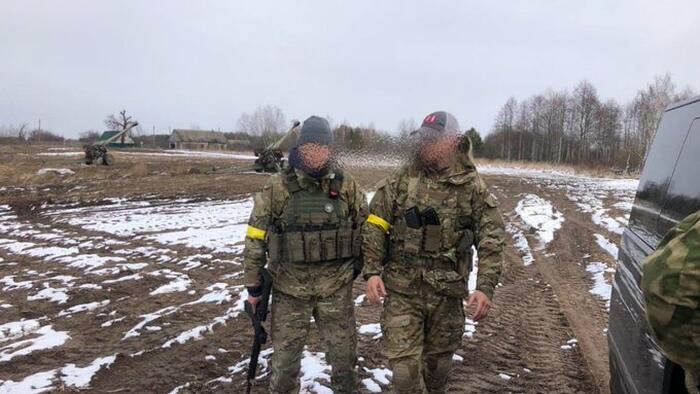 Authored by Kyle Anzalone via The Libertarian Institute,

The Times spoke with an intelligence officer and two sergeants in the Ukrainian special forces elite Shaman battalion who claimed Kiev had conducted covert operations inside Russia. The officers said they successfully carried out raids involving explosions to sow confusion and dissent among Russians.

One of the special operations officers explained the missions involved sabotage and explosives. “The most interesting missions are working behind enemy lines; planting explosives behind the front lines, beyond the border,” he said. The second sergeant indicated the Shaman battalion’s raid behind enemy lines was successful.

He claimed, “The Russians don’t know what happened, they often can’t believe we were there.”

The officers gave few details about their operations to The Times. There have been several explosions inside Russia since President Valdimir Putin ordered the invasion of Ukraine on February 24. Kiev has not officially claimed responsibility for any attacks inside of Russia but has hinted it might be behind some of the explosions.

During the war in Afghanistan, the “Shaman battalion” fought with US and UK special forces. A senior Ukrainian intelligence official said, “We send them [Shaman battalion] to take on the most difficult tasks because they’re the best and the bravest. They are hugely important to the war effort.”

The sergeants explain how their units have been deployed in several battles inside Russia and Ukraine. However, they say their forces and supplies are diminishing as the fight in Ukraine’s eastern Donbas region drags on. One of the officers told The Times that half of their friends have been killed in recent weeks.

Rotor blades clattered in the night sky as the helicopters streaked low over the Russian border. On board, the men of the Shaman battalion, an elite Ukrainian special forces unit, prepared to disembark deep behind enemy lines https://t.co/tTUHjXaZQ5

An intelligence official confirmed that Ukrainian soldier casualties are on the rise. “Ukraine’s casualty rate, far lower than Russia’s in the first weeks of the war, is now approaching parity with the invading force,” he said.