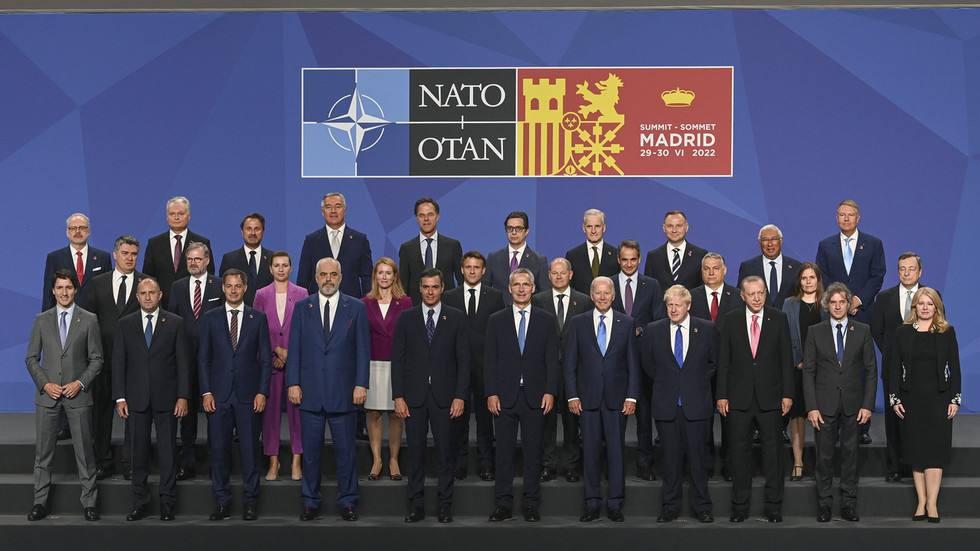 On day two of its annual summit, the bloc formally focused its sights on Russia

NATO’s annual summit continued in Madrid on Wednesday, with the leaders of the US-led military bloc agreeing to take on two new members and naming Russia as its number one threat.

China also found a spot on the agenda, as did Ukrainian President Volodymyr Zelensky, who again petitioned Western leaders for billions of dollars out of their taxpayers’ pockets.

A new strategy NATO leaders agreed on Wednesday to adopt a new Strategic Concept. This document serves as a policy blueprint that outlines the bloc’s stance toward non-members, partners and adversaries. It had last been updated in 2010.
As expected, the new version names Russia as the “most significant and direct threat”  and accuses Moscow of a “pattern … of aggressive actions” against the wider transatlantic community.
The document does not promise Ukraine eventual membership but states that NATO will continue to “develop our partnerships” with both Kiev and Georgia. While since the end of the Cold War Moscow has considered NATO’s expansion into former Soviet territory an unacceptable security risk, the latest Strategic Concept insists that “NATO does not seek confrontation and poses no threat to the Russian Federation.”

#NATO leaders have just agreed our new Strategic Concept, the blueprint for our Alliance in a more competitive world. #NATOSummit #Madrid https://t.co/asolkHK5I8

NATO was founded in 1949 to oppose the perceived threat posed by the Soviet Union. In its first ever Strategic Concept, adopted the following year, the bloc gave itself the right to defend the entire north Atlantic region “by all means possible with all types of weapons, without exception.”

New membersAfter several weeks of diplomatic wrangling, the organization said in a statement that it had formally invited Sweden and Finland to become members. NATO Secretary General Jens Stoltenberg described the swift accession of the Nordic nations as “unprecedented.”

Finland and Sweden, the latter of which has been neutral since the 19th century, applied to join the bloc in mid-May, just several months after Russia launched its military operation in Ukraine.

However, the accession process was initially blocked by Turkey, which wanted both countries to end their support for organizations deemed terrorist groups by the government of President Recep Tayyip Erdogan, and to lift an arms embargo against Ankara. After a deal was agreed on Tuesday, Erdogan declared that “Turkey got what it wanted,” and Finland and Sweden became observer states at the Madrid summit.

NATO’s support for Ukraine comes with a hefty price tag, Ukrainian President Volodymyr Zelensky told the alliance’s leaders. In a video address on Wednesday, Zelensky demanded that the West give him “urgent aid sufficient for victory,” or deal with “a delayed war between Russia and you.”

Requesting both military and financial aid, the Ukrainian leader said that his country needed $5 billion per month to cover its budget deficit alone. Despite a string of losses in Donbass – which have seen Russian troops capture the key city of Severodonetsk and extend their control over Lisichansk since the weekend – Zelensky asked NATO to help him “end this war with a victory on the battlefield.”

To date, the US has approved for Ukraine more than $55 billion in military and economic aid, while the UK has donated more than $3.2 billion. The EU has contributed around $5.8 billion.

While Russia dominated the discussion in Madrid, the alliance’s new Strategic Concept also stated that China’s “coercive policies challenge our interests, security and values,” and that Beijing’s ties with Moscow “run counter to our values and interests.”
Although the policy document stated that NATO remained “open to constructive engagement” with China, some of the bloc’s top officials were less diplomatic on Wednesday. British Foreign Secretary Liz Truss announced that China’s growing military might presents “an issue for Euro Atlantic security,” and warned Beijing that any attempt to seize control of Taiwan by force would be “a catastrophic miscalculation.”
Australian Prime Minister Anthony Albanese also called on China to condemn Russia’s operation in Ukraine, something that Beijing has given no indication that it will do. Albanese said that he had a “very successful” meeting with the leaders of Japan, South Korea and New Zealand on the sidelines of the summit, while Chinese officials have repeatedly accused Australia of attempting to rally its allies into an “Asia-Pacific version of NATO.”

Biden to put more boots on the ground

US President Joe Biden announced during Wednesday’s meetings that the US would step up its military presence in Eastern Europe, setting up a permanent headquarters in Poland, sending two more F-35 jet squadrons to the UK, and stationing 5,000 personnel in Romania.

Air defense and “other capabilities” will be sent to Germany and Italy, Biden said, while the US will bring the number of destroyers stationed in Spain from four to six.

The increase in military presence will bring the total number of US troops deployed in Europe to 100,000, according to a White House statement. 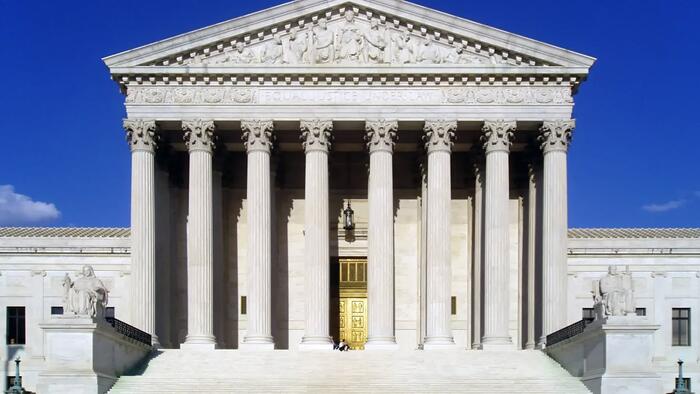