The disgraceful withdrawal from Afghanistan should have been a wake-up call to every American that there is something terribly wrong with our military. What should have been a well-rehearsed plan of action by our top military leaders turned into a world-class disaster. That embarrassment was the clue that our woke military is in deep trouble, collapsing before our very eyes. This woke sickness in our armed forces is destroying America by leaving it defenseless.

The heart of the problem can be seen in the most recent U.S. Army recruitment ad that features a lesbian wedding and an LGBTQ parade. This woke drive from the once-best army in the world has led to a recruiting nightmare where they find themselves 40% below the level necessary to replace those who have left the ranks.

But it isn’t only the Army, who just happens to be the farthest behind all of the other services in recruiting, but every branch of the armed forces has jumped onto the wokeness bandwagon as well. The results of which have led to very few volunteering for the all-volunteer forces. Worse yet, a degradation of fighting capabilities. Which can be seen in the Afghanistan debacle.

The Chairman of the Joint Chiefs of Staff, Army Gen. Mark Milley, told a Howard University ROTC commissioning ceremony that diversity is an important strength of the military. Other generals shortened that woke statement simply saying, “diversity is strength.” No one has yet to explain how you derive strength out of diversity. Does having a woke military cause it to function better? The results of our withdrawal from Afghanistan would indicate otherwise.

Rather they want women, transgenders, LGBTQ and blacks in roles of authority, whether they are qualified, or not. To reach that goal the military has lowered its standards, to the point that there are none. This is done to put unqualified people into positions that they will fail at, because they should have not have been placed into those positions in the first place.

Secretary of Defense, Lloyd Austin, is a prime example. He was not a very good general when he was on active duty, rather promoted due to affirmative action. Once there he was untouchable even though he never was able to perform as well as qualified officers did. And then, because he was black, he was given the position of Secretary of Defense by Biden.

Austin was in charge of the disaster of the Afghanistan withdrawal. He should have been replaced as soon as that happened due to his inability to pre-plan. Yet he was not because of the woke sickness in our military. This is the cost of diversity. God forbid he is tasked with fighting against Russia or China. We will lose if that becomes the case.

This wokeness throughout the military is causing our armed forces to collapse as a fighting force before our very eyes.

The United States Air Force is the least affected service; however, at this very minute the upper echelons are more focused on diversity than completing the mission of that branch. Right now the Air Force is 4,000 personnel short of its needs, mostly of pilots.

“We have warning lights flashing,”  Air Force Major Gen. Ed Thomas warned. “Our ‘qualified and waiting’ list is about half of what it has been historically.”

That may be because the Air Force, like all the other branches, is more interested in screening its recruits for “extremism” and vaccination status more than their qualifications to perform the jobs they are applying for. In fact, all qualifications have been scrapped in the name of diversity quotas.

This was most evident in the recent promoting of a female officer through the AFSOC officer school. There she had to go through the school three times, each time the AF lowered its standards for completion until finally abandoning them all together, in order to qualify her. She became the first female Air Force commando officer in Air Force Special Operations Command.

The Air Force will not provide this officer’s name out of shame over this incident. Until now the AF had not qualified any female into AFSOC because they failed to meet the demanding physical standards. Like it or not, there are physical differences between men and women.

However, due to abandoning all standards for passing the rigid requirements to become an air commando, there are now three more females going through the pipeline.

The AF experience with SOC was proceeded by the Army where they lowered standards for Ranger school, until passing a female. Now several females are Rangers, whether they can do the job or not. This lowering of standards happened in the Navy with their SEALS, and the Marine Corps simply to qualify females into the infantry.

This lowering of standards has infected every branch. Now we have “elite” military who cannot do the mission. They just get to wear the implements that identify them as elite. However, it isn’t just the elite units, this malaise has contaminated every part of our military. The Armed Forces are rotting from the inside out.

Going back to the Air Force, it is horrified by the fact that 86% of its aviators are white men. And those are the people whom the Air Force brass no longer want. You know, the ones who are the backbone of all the services.

The Air Force, through its diversity training, begun under Biden, is pushing the concept that airmen must acknowledge that it is their duty to confess their biases, whether they realize they exist or not. Just being white in today’s Air Force makes you a racist, and if you do not confess to that you will be punished.

So while the majority of qualified aircrews are white males, the service is pushing that group out the door. Would you want to join a service that does not want you? Would you stay? The Air Force is several thousand pilots short, but doesn’t want to recruit white males. Does this make sense to anyone with half a brain? No wonder there are warning lights flashing in recruitment.

The U.S. Navy may be the wokest of the woke military.

Their plunge into diversity began back in 1991 after the Tailhook debacle. From that scandal on the Navy has dived deep into wokeness to atone for its bad behavior. Leading to today where we have aircraft carrier captains who believe providing pregnant sailors with birthing facilities is more important than launching fighter aircraft in defense of the ship.

“As the baby was born at sea aboard on an operational unit, the main focus for the U.S. Navy, the ship and its crew is the safety and wellbeing of the baby and the mother,” Commander Bill Urban, U.S. Naval Forces Central Command spokesman, said in 2016 after a pregnant sailor gave birth aborad an aircraft carrier on its designated sea duty. So, the Navy’s duty became being a mobile birthing facility rather than a combat ship to defend America.

Ever since the Obama administration the Navy truly lost its way, placing unqualified personnel in positions that have had dire consequences for politically correct reasons. Like the deadly collision of the destroyer, USS McCain and a merchant ship in the Singapore Straights. That mishap cost the lives of ten enlisted sailors with 43 others injured.

The Naval review board found incompetence in everyone on the Bridge during that collision, including the ship’s Captain. In close proximity to that disaster, the Destroyer USS Fitzgerald collided with a merchant ship near Japan.

Eight sailors lost their lives due to the Navy placing unqualified officers, promoted for diversity reasons rather than actual ability, in positions they did not deserve.

After the investigation into the cause of that deadly mishap, the officer of the deck at the time of the Fitzgerald collision, Lt. j.g. Sarah Coppock, pleaded guilty to negligence for her role in the collision. This is the strength in diversity Milley was so proud of.

While Obama and Biden bear the lion’s share of the blame for the condition of our woke military today, George W. Bush and Trump both share some blame for allowing the military to go woke. Bush, although an Air Force pilot, allowed politicians to inject woke policy into the military. He is, after all, a part of the good ole boys political club. So he simply ignored the injection of the woke sickness. One of President Trump’s shortcomings was that he never understood the military and its unique place in our nation.

Because of this he allowed it to atrophied during his tenure, and allowed the woke sickness injected into it by Obama just before he left office, to continue to grow, until it metastasized throughout the entire military. Trump’s choices for Secretary of Defense were poor. Had he chosen someone who had not been promoted and beholding to Obama, this woke sickness would not be so ingrained in our upper level military leaders today.

Of course, President Trump was occupied with other things, like the false Russia collusion, two impeachments, and every other distraction during his tenure. Which was the plan all along. Joe Biden, on the other hand, like Obama, never liked the military, and expedited its demise. The end result being the catastrophe of America’s withdrawal from Afghanistan.

Can you imagine if we now faced China or even Russia? In fact, North Korea and Iran could put up a good showing against our woke military. The real problem is that our military has not yet hit its bottom.

We see the ongoing purges of those officers and non commissioned officers who understand the consequences of the wokeness within the military. You know, the ones who can get the job done. They are being removed in the name of diversity or called extremist until they leave. Leaving only those who are diverse, and unqualified, left in the services.

Couple that with the fact that the recruiting is directed toward those woke souls who hate America and our military. And the whole military is about to collapse before our very eyes.

Think about the woke sickness that created defund the police. If you live in a big city you are now dodging criminals everywhere, even in your homes. Now just think what this woke sickness will do to our armed forces. Maybe the next rapist you run into will wear a Russian or Chinese uniform on the mainstream of your home town. All thanks to the collapse of our military because of its wokeness.

Diversity is not strength.

Joseph Ragonese is a veteran of the United States Air Force, a retired police officer, has a degree in Criminal Justice, and a businessman, journalist, editor, publisher, and fiction author. His last book, “The Sword of Mohammad,” can be purchased at Amazon.com in paperback or kindle edition.

Join Joe at Gab (https://www.gab.com/jragonese) and get Joe at Gettr (https://gettr.com/user/joeragonese) 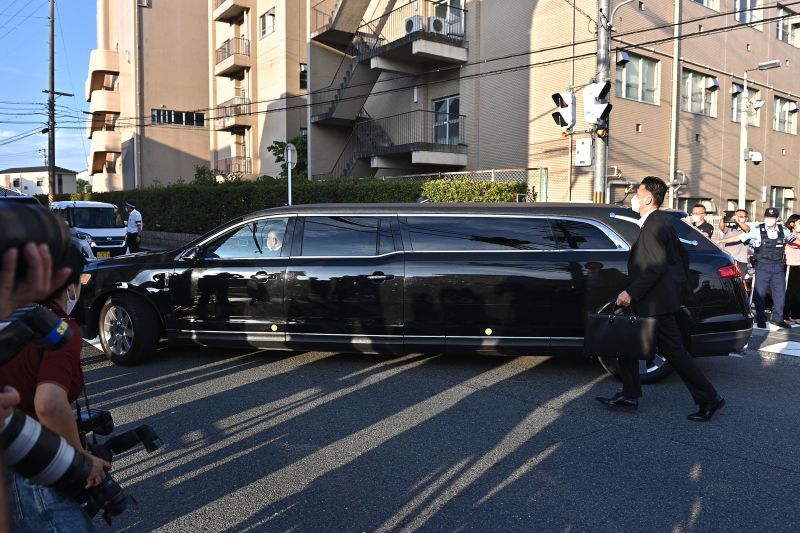 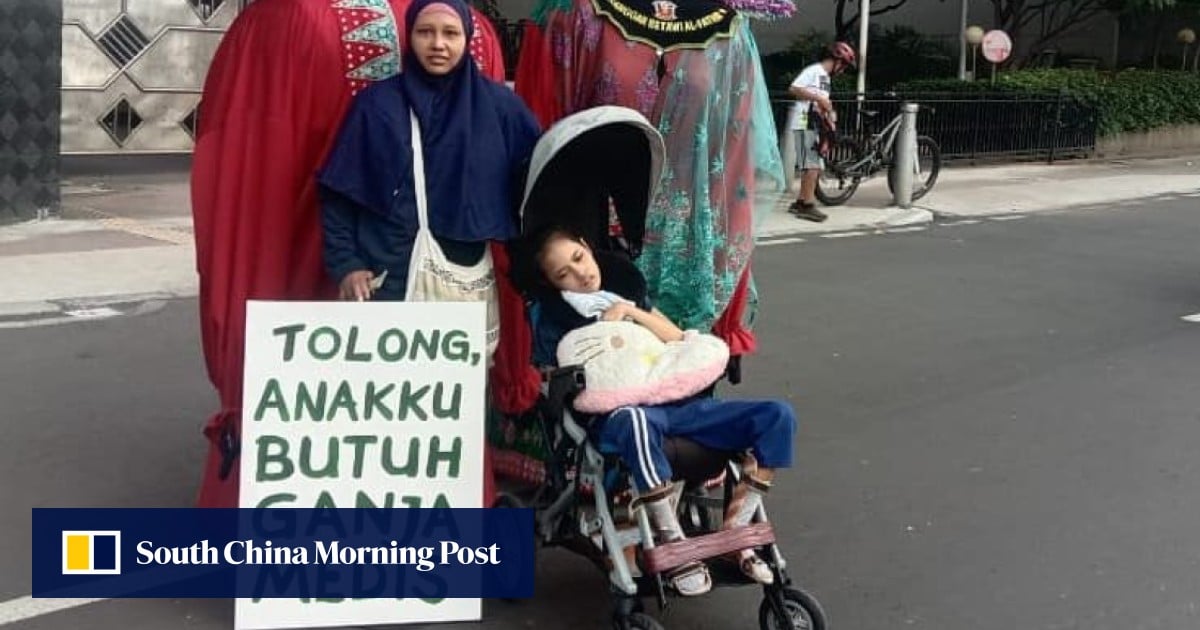