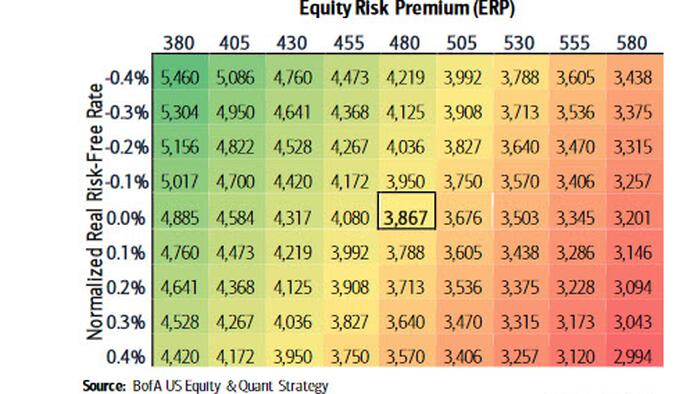 Anyone who has been reading the excellent reports of Bank of America’s Chief Investment Officer, Micheal Hartnett, whom we dubbed Wall Street’s biggest bear a year ago for his ultra-bearish views and his 3,000 S&P price target (see “Wall Street’s Biggest Bear: “At SPX 3600 Nibble, At 3300 Bite, At 3000 Gorge“) and who has been the most accurate sellside analyst in 2022, will not be surprised that his gloomy views were just adopted as the “house case” for all of Bank of America, when this morning BofA’s chief equity strategist, Savita Subramanian, published a note revising the bank’s S&P500 price target (available to pro subscribers) in which she said that as a result of BofA’s latest economic forecast which now sees a “mild US recession starting in 2H22″ and which anticipates five quarters of negative sequential quarters (1Q22-1Q23), the bank just slashed its year-end S&P target by 25% from 4,500 to a street low 3,600 (BofA is quick to note that 31% is the avg. decline amid recessions), and also said that for its S&P 500 floor assumption, we could see ~3,000-3200 before year end.

In other words, everything that Michael Hartnett has been saying for the past 6 months (see “Wall Street’s Most Accurate Analyst: “Today’s Bear Market Ends In October With The S&P At 3,000“).

How does BofA get to its radically slashed new price target, and why didn’t it cuts its forecast sooner?

More specifically, the bank’s five-factor framework yields 3600 for the S&P 500 at year-end 2022, which of course is a joke because as Subramanian reveals in the very next sentence, she arbitrarily adjusted and goalseeked the weights to come up with whatever outcome she wanted in the first place as she “raised the weight of its Fair Value Model and lowered the weights of our other target models (previously all model inputs were equal-weighted) given the focus on fundamentals amid recession risk.”

In short, another brilliant example of GIGO.

Looking at its Rates and Fed forecasts, Subramanian writes that she is leaving her normalized real rate assumption of 0% unchanged,  but cautions that the long duration of the S&P 500 today (30+ years!) renders it highly sensitive to rates: every 10bp change in the discount rate represents 2% of S&P 500 fair value

As for the PE multiple, well “the Fed embarked on a hiking cycle into an overvalued, long duration market” according to Subramanian who notes that the S&P 500 fwd. P/E dropped to 15.8x (in-line with avg.) from 21.4x in December. Here, inflation control and lower rates pose risks to BofA’s two cyclical overweights, Energy and Financials.

Next, we look at BofA’s ERP calculations, which similar to that from Morgan Stanley, is forecast to remain around 575bps.

There is some good news in the BofA downgrade, namely the S&P sports better quality than prior cycles, suggesting a lower ERP…

… but this may be more than offset by the bad news: i.e., the discount rate more likely to increase than decrease from here.

In conclusion, Subramanian who essentially just admitted she was massively wrong with her overly optimistic 4,500 forecast and which she had to slash (as we predicted she would), hedges by saying that no two recessions are alike: “The market typically leads the economy, peaking before recessions begin and troughing before recessions end. But it occasionally lags (e.g. 1980).”

And whereas BofA US Regime Indicator remains in Late Cycle, it has historically shifted to a Downturn phase ahead of US recessions. Meanwhile, the bank’s derivatives team sees higher downside risks to equities given the historically wide spread between rates and equity volatility, and believes equities are not adequately discounting a recession if we are already in one (spoiler alert: we are). As such, BofA’s simple advice for equity investors is this: stick with quality and cash flow yield.

There is much more in the full note available to ZH professional subs in the usual place. 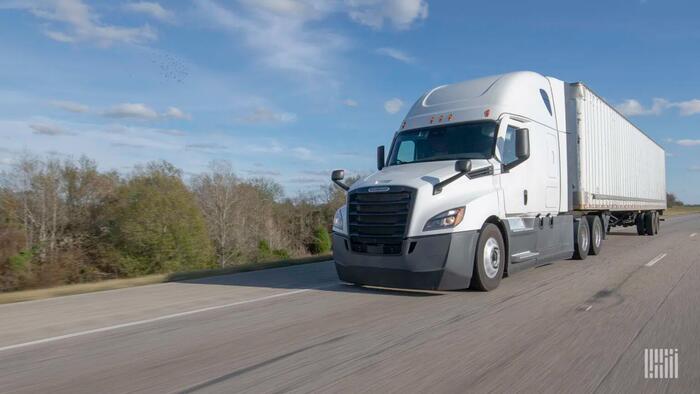 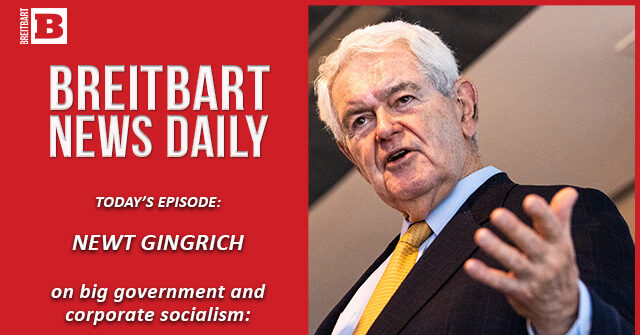