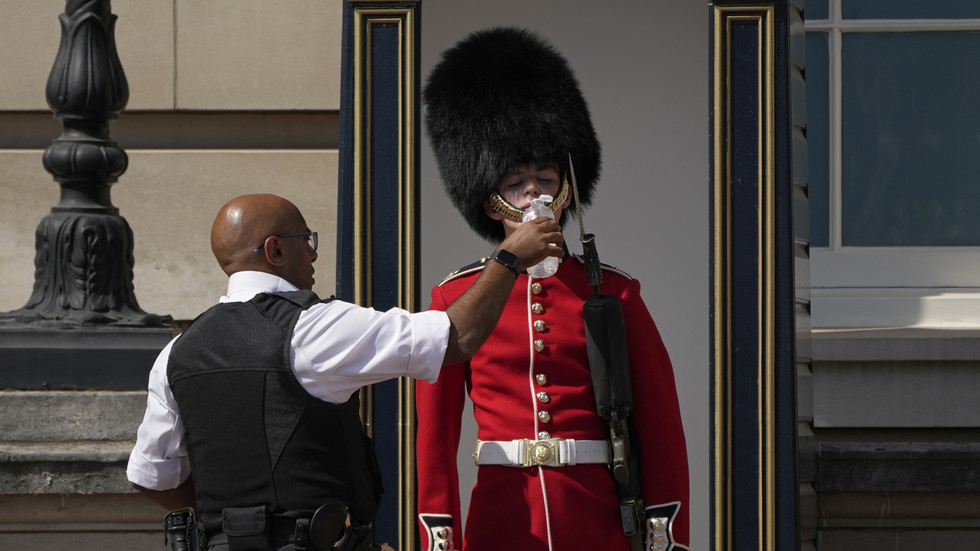 The temperature on Tuesday has breached 40 degrees Celsius (104 Fahrenheit) in Britain for the first time on record; the historic day is marked by growing numbers of casualties, a “huge surge” in fires and travel chaos.

What was officially the warmest night ever (with mercury rising to 25.8C) was followed by the hottest day: at 12.50 pm the Met office recorded 40.2C at Heathrow Airport.

The unprecedented heat wave, which has already been treated as a national emergency, on Tuesday led to a sharp increase in numbers of fire incidents in the country’s capital, with some of them described as “significant.”

The London Fire Brigade declares a major incident as it battles 10 blazes across the capital. pic.twitter.com/8ZwNo6Kmh7

Since Saturday, at least five people have drowned in open water, most of them teenagers.

Extreme temperatures have led to transport chaos. Both railway operators and motoring group RAC called on passengers and motorists to avoid traveling unless it is “absolutely necessary.” For those who still decide to travel, warnings have been issued. The RAC said that it anticipates an increase of 20% in the number of car breakdowns.

Network Rail has introduced speed limitations, saying that due to temporary speed limits the journeys will take significantly longer, with a “high likelihood” of cancellations, delays and last-minute alterations.

Indeed, on Tuesday, rail traffic on a large number of routes was suspended.

Among numerous travel advisories posted over Monday and Tuesday, Network Rail made an announcement of its own heat wave-related record.

“Our hottest rail recorded yesterday was 62°C, in Suffolk! Rail temperature can be about 20°C higher than air temperature, causing it to expand, bend and break,” it said.

Extreme temperatures pose risk not only for iron rails but, apparently, for some other constructions. The chains of the 135-year-old Hammersmith Bridge in London can be seen wrapped in silver insulation foil which is supposed to prevent them from overheating. The chains should be kept under 13 degrees Celsius in the summer. If any of them reach 18C, safety engineers will have to close the bridge for cyclists and pedestrians. The bridge, which was completely shut for two years until recently, remains closed to all motor traffic pending repairs.

Almost the whole of Europe is now suffering from extreme temperatures, with Spain and Portugal having reported more than 1,000 heat-related deaths over the last week. In the UK, as well as in neighboring France, temperatures are expected to ease on Wednesday.