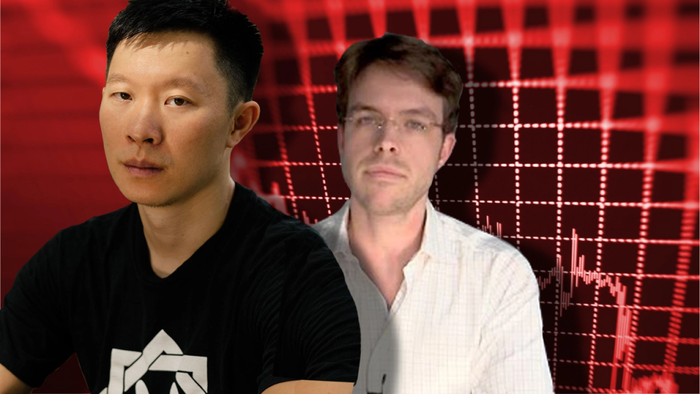 After the collapse of Three Arrows Capital (3AC) bankrupted creditors and ignited a massive selloff in crypto, founders Su Zhu and Kyle Davies went into hiding for five weeks.

Now, the 35-year-olds have offered an exclusive mea culpa of sorts to Bloomberg, chock-a-block full of quotables for future business school professors to hold up as examples of what never, ever, to do. Ever.

Su Zhu and Kyle Davies, both 35, first became friends in high school. They built 3AC into a crypto-trading behemoth before its collapse bankrupted creditors and exacerbated a selloff that foisted steep losses on mom-and-pop owners of Bitcoin and other tokens. At times contrite and at times defensive, Davies and Zhu, speaking from an undisclosed location, described a systemic failure of risk management in which easy-flowing credit worsened the impact of wrong-way bets. -Bloomberg

Now, 3AC creditors have filed paperwork claiming they’re owed over $2.8 billion in unsecured claims – a figure that’s expected to rise significantly. To date, only around $40 million in assets have been recovered by liquidators.

“The whole situation is regrettable … Many people lost a lot of money.” -Kyle Davies

“We positioned ourselves for a kind of market that didn’t end up happening.” -Su Zhu

The pair also deflected – blaming other firms’ crypto woes for contributing to the crisis of confidence and subsequent sell-off.

“It’s not a surprise that Celsius, ourselves, these kind of firms, all have problems at the same time,” said Zhu. “We have our own capital, we have our own balance sheet, but then we also take in deposits from these lenders and then we generate yield on them. So if we’re in the business of taking in deposits and then generating yield, then that, you know, means we end up doing similar trades.”

And while taking heat for putting a down payment on a $50 million yacht before the fund went under, the pair claim to have been nothing more than humble crypto merchants – with Zhu saying that the boat “was bought over a year ago and commissioned to be built and to be used in Europe,” and “has a full money trail.”

“We were never seen in any clubs spending lots of money. We were never seen, you know, kind of driving Ferraris and Lamborghinis around,” he added. “This kind of smearing of us, I feel, is just from a classic playbook of, you know, when this stuff happens, when funds blow up, then you know, these are kind of the headlines that people like to play.”

In short, their name is mud because of baseless smears.

Davies and Zhu have pointed to surprise losses stemming from large investments in both Luna and the once-stable ‘stablecoin’ TerraUSD.

“What we failed to realize was that Luna was capable of falling to effective zero in a matter of days and that this would catalyze a credit squeeze across the industry that would put significant pressure on all of our illiquid positions,” said the Lamborghini-less Zhu, who admitted that they may have been ‘too close’ to Terra’s founder, Do Kwon.

“We began to know Do Kwon on a personal basis as he moved to Singapore. And we just felt like the project was going to do very big things, and had already done very big things,” he added. “If we could have seen that, you know, that this was now like, potentially like attackable in some ways, and that it had grown too, you know, too big, too fast.”

Yes, if only people knew that stablecoins might lose their pegs. Who. Could. Have. Known.

“It was very much like a LTCM moment for us, like a Long Term Capital moment,” said Zhu. “We had different types of trades that we all thought were good, and other people also had these trades … And then they kind of all got super marked down, super fast.“

One of those trades involved an Ethereum-linked token called staked ETH, or stETH — designed to be a tradable proxy for Ether and widely used in decentralized finance. While every stETH is meant to be redeemable for one Ether once long-awaited upgrades of the Ethereum blockchain take effect, the turmoil sparked by Terra’s collapse caused its market value to fall below that level. This, in turn — in Zhu’s telling — caused other investors to put on trades that could benefit from the widening gap.

Still, the fund was able to continue borrowing from large digital-asset lenders and wealthy investors — until, that is, they blew themselves up.

After Luna’s implosion, Zhu said lenders were “comfortable” with 3AC’s financial situation, and that they allowed them to keep trading as “as if nothing was wrong.” As courts filings have now revealed, many of these loans had required only a very small amount of collateral. -Bloomberg

“So I just think that, you know, throughout that period, we continued to do business as usual. But then yeah, after that day, when, you know, Bitcoin went from $30,000 to $20,000, you know, that, that was extremely painful for us. And that was in, that ended up being kind of the nail in the coffin,” said Zhu.

He then admitted to a disturbing lack of economic literacy – saying that “if we were more on our game, we would’ve seen that the credit market itself can be a cycle and that, you know, we may not be able to access additional credit at the time that we need it. If, if it kind of, you know, it hits the fan.”

The pair also hit a huge snag after 3AC invested in closed-end fund Grayscale Bitcoin Trust – which allowed investors who don’t want to directly own bitcoin to invest in the cryptocurrency. Grayscale let 3AC and similar large firms to buy directly by depositing Bitcoin into the trust – which would then entitle them to selling the shares on the secondary market in the hopes of capturing a premium.

At the time of its last filing at the end of 2020, Grayscale revealed that 3AC was its largest shareholder – with a $1 billion position. Unfortunately for Davies and Zhu, the shares bought from Grayscale had a six-month lockup period, which became a huge problem starting in early 2021 as GBTC’s price slipped from a premium to a discount – with shares worth less than the underlying Bitcoin.

Zhu says that after they started piling into GBTC, “then like others copied us into that trade later on and then lost not just the money, but also went into negative. Because everyone did it, then the trust went to discount and then it went to a far bigger discount than anyone thought possible.”

“For us, if you go to our website, we’ve always had massive disclaimers about crypto risk. We’ve never once pitched ourselves as risk-free, like a simple yield,” Zhu said, in their defense.

The pair is reportedly transitioning to Dubai, with Zhu’s ‘main hope’ being that they get a ‘calm, and orderly liquidation’ for their complex book.

“For Kyle and I, there’s so many crazy people in crypto that kind of made death threats or all this kind of noise,” he said. “We feel that it’s just the interest for everyone if we can be physically secured and keep a low profile.” 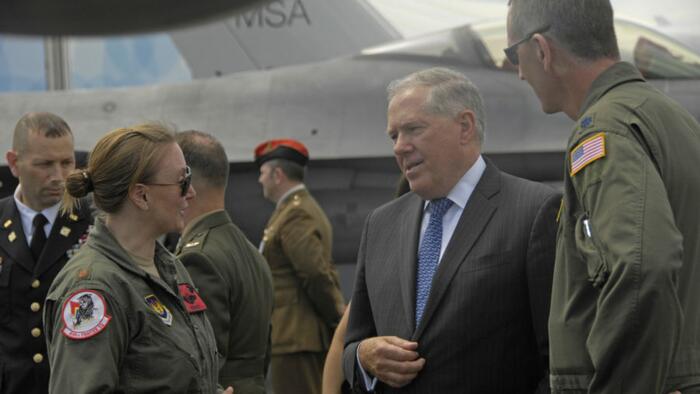