An active shooter opened fire at Dallas Love Field Airport on Monday, firing multiple rounds before she was shot by a nearby officer, police said. No

An active shooter opened fire at Dallas Love Field Airport on Monday, firing multiple rounds before she was shot by a nearby officer, police said. No other injuries were reported.

Dallas Police Chief Eddie Garcia told reporters Monday afternoon that a woman entered the airport and changed into a hoodie in the bathroom before opening fire with a handgun.

“This morning at about 10:59 [local time], a 37-year-old woman gets dropped off, goes inside near the ticket counters in front of Southwest, goes at one point into a restroom, exits the restroom, now she’s put some sort of hoodie on or some other different type of clothing that she had when she walked in,” Chief Garcia said. “At some point, simultaneously, one of our officers is in the area. She produces a handgun and begins firing.”

Garcia said it is unclear at this time where the suspect was aiming, but it appears she fired several rounds at the ceiling.

“As she’s doing that, our officer engages the suspect, strikes her in the lower extremities,” he said.

The suspect was taken into custody and transported to Parkland Hospital. No other individuals were injured during the incident.

Chief Max Geron of the Rockwall Police Department tweeted that he and his family were evacuated out of the airport due to the shooting.

Just got evacuated out of Love Field after an apparent shooting. Family is safe. TSA did a great job.

“Currently we’re all sequestered outside but thankfully in the shade. @SouthwestAir got us water and it’s now waiting and keeping kids calm,” Geron added in a separate tweet. “Thankful to have been reunited with them so quickly.”

Currently we’re all sequestered outside but thankfully in the shade. @SouthwestAir got us water and it’s now waiting and keeping kids calm. Thankful to have been reunited with them so quickly.

Video reportedly taken from inside the airport shows passengers taking cover behind chairs after shots were fired.

A third video posted on Twitter showed the scene outside the airport as police secured the building.

“We are now outside in between the building and the tarmac and we’re just told there was a shooter and we are going to need to stay outside for a bit,” Michael Loewinsohn tweeted.

We are seated outside of terminal with multiple TSA employees. Told to sit down on ground with no further updates

According to WFAA, the Federal Aviation Administration (FAA) ordered a ground stop at Love Field at 11:11 a.m. “due to security.” 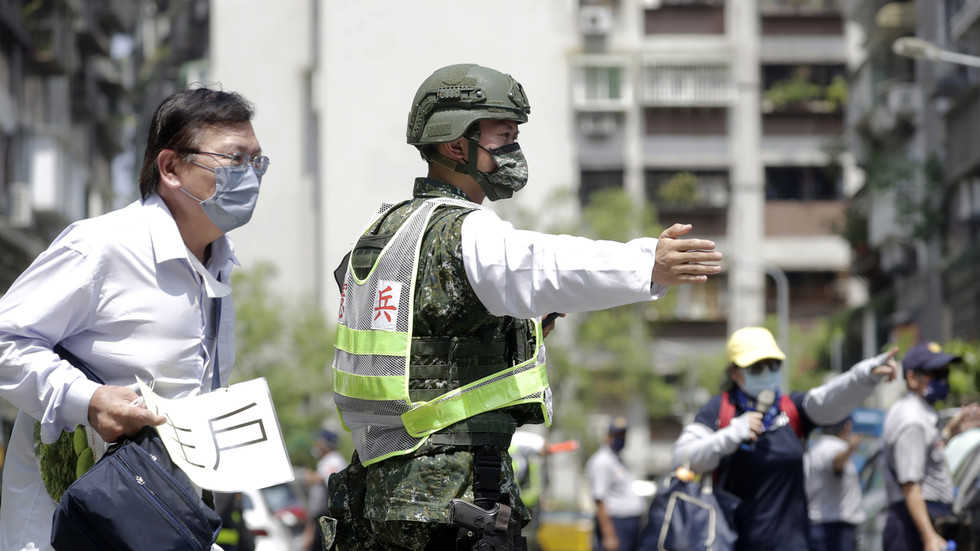