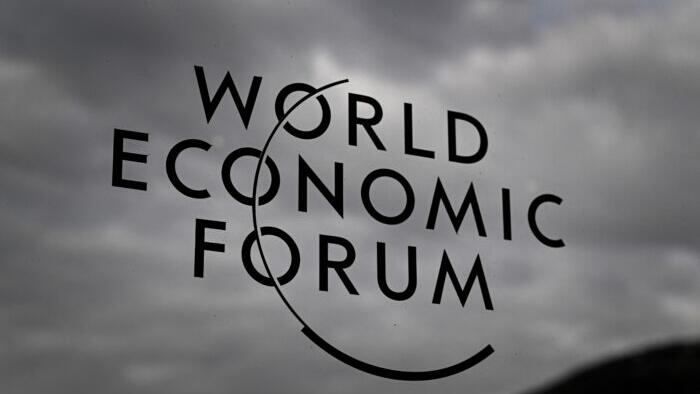 Authored by Alex Neuman via The Epoch Times,

The escalating regulatory attack on agricultural producers from Holland and the United States to Sri Lanka and beyond is closely tied to the United Nations’ “Agenda 2030” Sustainable Development Goals and the U.N.’s partners at the World Economic Forum (WEF), numerous experts told The Epoch Times.

Indeed, several of the U.N.’s 17 Sustainable Development Goals (SDGs) are directly implicated in policies that are squeezing farmers, ranchers, and food supplies around the world.

High-level Chinese Communist Party (CCP) members within the U.N. system helped create the SDGs and are currently helping lead the organization’s implementation of the global plan, The Epoch Times has previously documented.

If left unchecked, multiple experts said, the U.N.-backed sustainability policies on agriculture and food production would lead to economic devastation, shortages of critical goods, widespread famine, and a dramatic loss of individual freedoms.

Already, millions of people worldwide are facing dangerous food shortages, and officials around the world say those are set to get worse as the year goes on.

There is an agenda behind it all, experts told The Epoch Times.

Even private land ownership is in the crosshairs, as global food production and the world economy are transformed to meet the global sustainability goals, U.N. documents reviewed by The Epoch Times show.

As explained by the U.N. on its SDG website, the goals adopted in 2015 “build on decades of work by countries and the U.N.”

One of the earliest meetings defining the “sustainability” agenda was the U.N. Conference on Human Settlements known as Habitat I, which adopted the Vancouver Declaration.

The agreement stated that “land cannot be treated as an ordinary asset controlled by individuals” and that private land ownership is “a principal instrument of accumulation and concentration of wealth, therefore contributes to social injustice.”

“Public control of land use is therefore indispensable,” the U.N. declaration said, a prelude to the World Economic Forum’s now infamous “prediction” that by 2030, “you’ll own nothing.”

Numerous U.N. agencies and officials have outlined their vision of “sustainability” since then, including calls for drastic restrictions on energy, meat consumption, travel, living space, and material prosperity.

Experts interviewed by The Epoch Times say that some of the world’s wealthiest and most powerful corporate leaders are working with communists in China and elsewhere in an effort to centralize control over food production and crush independent farmers and ranchers.

According to critics of the policies, though, the goal isn’t to preserve the environment or fight climate change at all. Instead, the experts warn that the “sustainability” narrative and the other justifications are a tool to gain control over food, agriculture, and people.

“The end goal of these efforts is to reduce sovereignty on both individual nations and people,” said Craig Rucker, president of the Committee for a Constructive Tomorrow (CFACT), a public policy organization specializing in environmental and development issues.

“The intent for those pushing this agenda is not to save the planet, as they purport, but to increase control over people,” he told The Epoch Times, adding that the goal is to centralize power at the national and even international level.

The U.N. Sustainable Development Goals, often referred to as Agenda 2030, were adopted in 2015 by the organization and its member states as a guide to “transforming our world.” Hailed as a “master plan for humanity” and a global “declaration of interdependence” by top U.N. officials, the 17 goals include 169 targets involving every facet of the economy and life.

“All countries and all stakeholders, acting in collaborative partnership, will implement this plan,” declares the preamble to the document, repeatedly noting that “no one will be left behind.”

Among other elements, the U.N. plan calls for national and international wealth redistribution in Goal 10, as well as “fundamental changes in the way that our societies produce and consume goods and services.”

Using government to transform all economic activity is a critical part of the SDGs, with Goal 12 demanding “sustainable consumption and production patterns.”

Among the specific targets outlined in Goal 12 are several directly linked to agricultural policies that undermine food production. These include “sustainable management and efficient use of natural resources.”

Perhaps more importantly, the document demands “environmentally sound management of chemicals and all wastes throughout their life cycle, in accordance with agreed international frameworks.”

As a result, people and especially farmers must “significantly reduce their release to air, water, and soil in order to minimize their adverse impacts on human health and the environment.”

Other SDGs that are directly tied to what critics have called the “war on farmers” include Goal 14, which addresses “marine pollution of all kinds, in particular from land-based activities, including … nutrient pollution.” The U.N. regularly describes agriculture and food production as a threat to the ocean.

The U.N. Food and Agriculture Organization (FAO), led by former CCP Vice Minister of Agriculture and Rural Affairs Qu Dongyu, is helping to lead the charge.

In its 2014 report “Building a Common Vision for Sustainable Food and Agriculture: Principles and Approaches,” the U.N. agency calls for drastic restrictions on the use of fertilizers, pesticides, emissions, and water in the agricultural sector.

As an example of how agriculture must be reformed to be considered sustainable by the U.N., the FAO report declares that “excessive use of nitrogen fertilizer is a major cause of water pollution and greenhouse gas emissions.”

The Rome-based FAO didn’t respond to a request for comment.

Because U.N. leaders see agriculture and food production as key contributors to what they call manmade climate change, Goal 13 is important, too. It calls for governments to “integrate climate change measures into national policies, strategies, and planning.”

Goal 15, which deals with sustainable use of terrestrial ecosystems, also has multiple targets that affect agriculture and food production.

All over the world, national and regional governments are working with U.N. agencies to implement these sustainability goals in agriculture and other sectors.

For instance, responding to U.N. biodiversity agreements, the European Union has enacted various U.N.-backed biodiversity programs such as Natura 2000 and the EU Biodiversity Strategy for 2030, which have been cited by the Dutch government and others in their agricultural policies.

The U.N. also boasts publicly about its role in imposing the SDGs in Sri Lanka and other nations suffering from food shortages and economic calamities linked to the very same global sustainability programs.

Around the world, almost every national government says it’s incorporating the SDGs into its own laws and regulations.

Alongside the U.N. are various “stakeholders” that are critical to implementing sustainable development policies through “public-private partnerships.”

At the heart of that effort is the WEF, which since 2020 has been pushing a total transformation of society known as the “Great Reset.” In 2019, the WEF signed a “strategic partnership” with the U.N. to advance Agenda 2030 within the global business community.

The official agreement defined “areas of cooperation to deepen institutional engagement and jointly accelerate the implementation of the 2030 Agenda for Sustainable Development.”

Many of the key officials behind Agenda 2030, including top U.N. leaders such as current Secretary-General António Guterres—a self-proclaimed socialist—have also been working with the WEF for decades.

Meanwhile, the WEF has been explicit with its goals. It recently launched a “Food Action Alliance” (FAA) that acknowledges on its website that Agenda 2030 “informs the ambition of the FAA to provide an enduring and long-term platform for multi-stakeholder action on food systems to meet the SDGs.”

Alongside the U.N.’s “Food Systems Summit” in September 2021, the WEF’s FAA released a report outlining its own “leadership agenda for multi-stakeholder collaboration to transform food systems.”

Among other elements, the document summarizes the FAA’s insights on “supporting transformative food system partnerships, and its value proposition beyond the UN Food Systems Summit 2021 towards achieving the UN Sustainable Development Goals.”

The WEF’s public concern with transforming agriculture and the food supply goes back over a decade, at least.

In partnership with various companies, the WEF released a 2010 report outlining a “new vision for agriculture” that included a “roadmap for stakeholders.” Many of the world’s largest food companies that dominate the market and own countless popular brands are involved.

The WEF’s website is packed with information purporting to justify a total transformation of the food supply by “stakeholders.”

“As global food systems become increasingly interconnected, effective coordination among a diverse set of stakeholders will be required,” WEF says on its “Strategic Intelligence” platform, frequently citing the FAO as its source.

“The potential to craft new, systemic approaches to food systems that include a diverse array of stakeholders presents opportunities to help sustainably feed the world well into the future.”

The organization’s frequent references to “stakeholders” refers to governments, companies, and so-called nongovernmental organizations that are often funded by those same companies and governments. They are all working together on the issue.

For instance, the WEF boasts that it has brought corporate giants such as Coca-Cola and Unilever into the fold toward promoting a “more sustainable future.”

The Rockefeller Foundation, which recently released a report on how to “Reset the Table” and “Transform the U.S. Food System,” is also a key player.

The WEF’s “Food Innovation Hubs” around the world are set to be a major part of this global transformation.

The secretariat, he said, “will connect all other Food Innovation Hubs” in order to facilitate creating “the partnerships we need.”

Neither the WEF nor the Rockefeller Foundation responded to requests for comment on their role in Agenda 2030 and on the agricultural policies being pursued around the world.

Other organizations and entities involved in the push include powerful tax-exempt foundations such as the Gates Foundation, the EU-style regional governments proliferating around the world, and various groups funded by them.

All over the globe, U.N. SDG-aligned government policies are squeezing farmers—especially smaller, independent producers unable to absorb the added costs of added regulation and control. 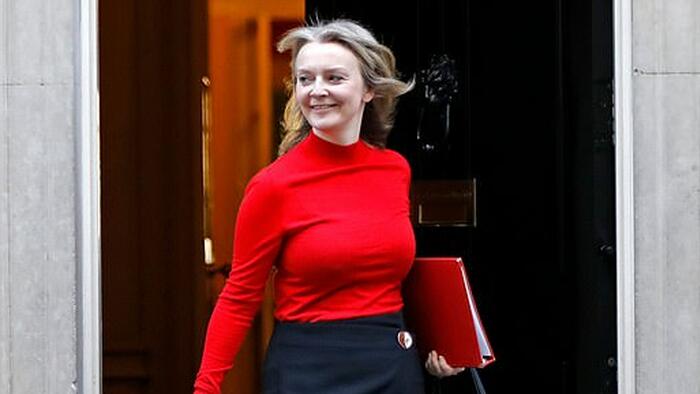 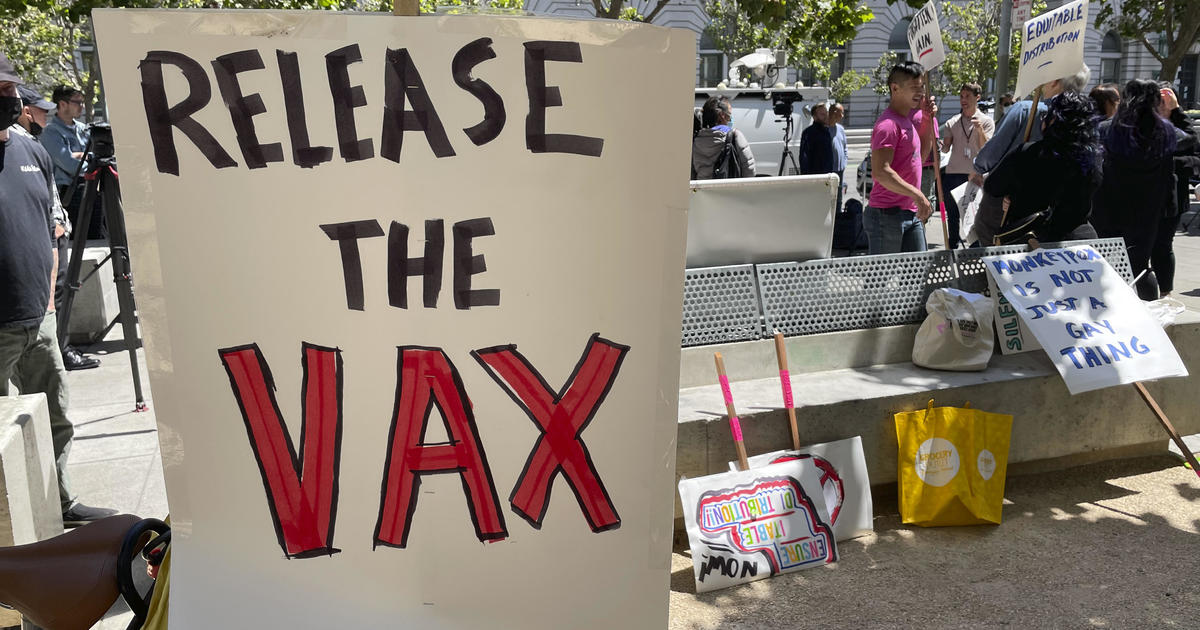