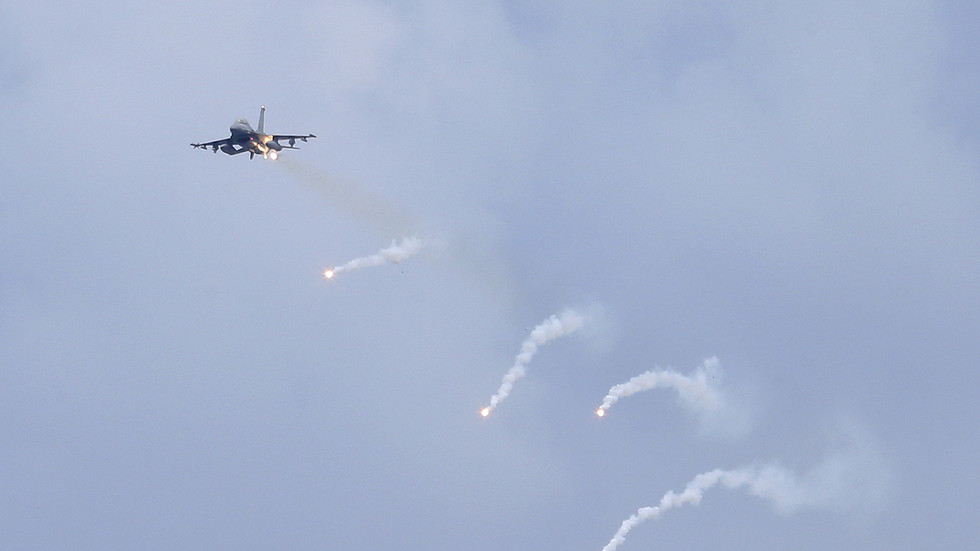 Taiwan’s military fired flares to ward off Chinese aircraft near islands far off the island’s western coast, officials claimed, as Taipei remains on high alert during a large air and naval exercise by Beijing in the aftermath of a visit by US House Speaker Nancy Pelosi.

Two Chinese drones were spotted near the Kinmen islands late on Wednesday night, Army Major General Chang Zone-sung told Reuters, adding that they traveled in a pair and entered the area twice.

“We immediately fired flares to issue warnings and to drive them away. After that, they turned around. They came into our restricted area and that’s why we dispersed them,” he said. “We have a standard operating procedure. We will react if they come in.”

The general said the drones were sent to gather intelligence, mirroring another recent fly-over near the Matsu archipelago last week, which Taiwanese officials said were intended to probe the area’s defenses.

Heavily fortified by the Taiwanese military, the Kinmens are situated less than 10 miles east of the mainland, and played a major role during previous conflicts between China’s communist government and nationalist forces led by Chiang Kai-shek.

The drone incident on Wednesday came amid a series of Chinese military drills launched in response to Pelosi’s visit to Taiwan this week. Beijing harshly denounced the trip as provocative and a violation of its sovereignty, seeing Taiwan as part of China-proper, while Chinese state media has noted the drills entail a “joint blockade” exercise, as well as “sea assault and land and air combat training.” The show of force will also reportedly see Beijing display “advanced weapons,” such as its hypersonic DF-17 missiles, according to the Global Times.