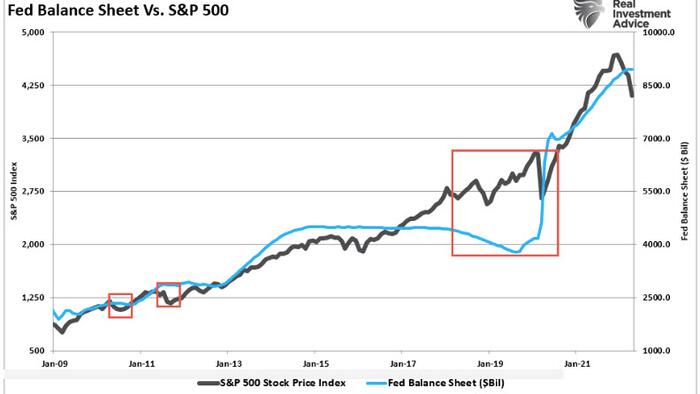 Authored by Lance Roberts via RealInvestmentAdvice.com,

Jim Cramer recently stated it will be time to buy stocks when the Fed pivots.

“When the Fed gets out of the way, you have a real window and you’ve got to jump through it. … When a recession comes, the Fed has the good sense to stop raising rates,” the “Mad Money” host said. “And that pause means you’ve got to buy stocks.”

Of course, such sentiment is not surprising given that over the last decade, investors have repeatedly been beaten into submission to buy stocks when the Federal Reserve is easing monetary policy. Such was a point we discussed in “Pavlov’s Dogs & The Ringing Of The Bell:”

“Classical conditioning (also known as Pavlovian or respondent conditioning) refers to a learning procedure in which a potent stimulus (e.g. food) is paired with a previously neutral stimulus (e.g. a bell). Pavlov discovered that when the neutral stimulus was introduced, the dogs would begin to salivate in anticipation of the potent stimulus, even though it was not currently present. This learning process results from the psychological “pairing” of the stimuli.”

In 2010, then Fed Chairman Ben Bernanke introduced the “neutral stimulus” to the financial markets by adding a “third mandate” to the Fed’s responsibilities – the creation of the “wealth effect.”

“This approach eased financial conditions in the past and, so far, looks to be effective again. Stock prices rose, and long-term interest rates fell when investors began to anticipate this additional action. Easier financial conditions will promote economic growth. For example, lower mortgage rates will make housing more affordable and allow more homeowners to refinance. Lower corporate bond rates will encourage investment. And higher stock prices will boost consumer wealth and help increase confidence, which can also spur spending. Increased spending will lead to higher incomes and profits that, in a virtuous circle, will further support economic expansion.”

Given the weight of the evidence from the past decade of market performance, it makes sense that stocks should perform better if the Fed “pivots” from monetary tightening.

Here is the problem with Jim Cramer’s statement. It is incorrect.

Since 2009, the market and economy have responded negatively whenever the Fed moves away from monetary easing. Such is not just a domestic issue, as the ECB, PBOC, and the BOJ have engaged in similar monetary accommodation programs. The last time the Fed began hiking rates and reducing its balance sheet was in 2018. The Fed reversed course just a couple of months later and 20% lower in the financial markets. Then, in 2020, the Fed massively infused markets with liquidity as the economic shutdown rocked the financial markets.

It would seem Jim Cramer is correct that when the Fed pivots, such is the time to buy stocks. Unfortunately, it isn’t as evident as it seems when looking back through time.

As shown below, since the 1960s, the Fed has repeatedly hiked interest rates to combat inflation. Notably, the stock market continues to perform when the Fed is lifting interest rates. Each time, that increase in the stock market, as the Fed was hiking rates, led investors to believe that this time was different. However, the Fed paused or pivoted from monetary accommodation as an economic recession or crisis was realized.

Such is the case because the Federal Reserve is operating on lagging data such as inflation and employment to dictate monetary policy changes. Since it takes 6-9 months for changes to interest rates to work their way through the system, it is too late when the data reflects a policy error.

While it may seem logical to “buy stocks” when the Fed makes its initial pivot, history suggests such a call is often an early event. Given the Fed changes direction once it realizes it has made a policy error, the market is generally in the midst of a bear market.

There is another problem with Cramer’s “buy the pivot” call. Given inflation presents a new dynamic not witnessed in 40 years, such suggests the Fed likely won’t pivot anytime soon.

The Federal Reserve’s sole focus is to bring inflation down to its 2% target rate. Given that inflation is currently running near 9%, the Fed has a lot of work to do. As St. Louis Fed President James Bullard stated this week:

“I think we’ll probably have to be higher for longer in order to get the evidence that we need to see that inflation is actually turning around on all dimensions and in a convincing way coming lower, not just a tick lower here and there.”

There is a lot in that statement. As noted above, as the Fed further tightens monetary policy, such will slow economic and earnings growth. Such will make valuations harder to justify at current levels.

Secondly, the market and credit spreads give the Federal Reserve plenty of room to operate.As we noted previously,when it comes to the financial markets, the Fed’s primary focus is “financial stability.”

Currently, there are NO signs of financial stress, much less instability. From the Federal Reserve’s perspective, despite the decline in asset markets in 2022, investors are still 23% higher than at the market’s peak in 2022. Absent a disorderly meltdown; the Fed will remain focused on stocks being still above their pre-crisis peak. As BofA notes:

“Since in a typical consumption model, households react to sustained changes in prices over a period of three years or so, the Fed is convinced the wealth effect is still positive.”

Secondly, while credit spreads have risen, they are still well controlled, suggesting that financial stress in the credit markets remains low.

While Jim Cramer, and most investors, are salivating at the idea of a Fed pivot, with little stress in the credit market, the Fed can remain focused on combating inflation.

However, make no mistake, as the Fed continues to hike rates, there is an increasing risk that “orderly” markets rapidly become “disorderly. “

Will the Fed “pause” their rate hikes?

That answer is “yes.”

The only questions are “when will it happen,” and “how fast will the Fed have to reverse course?” 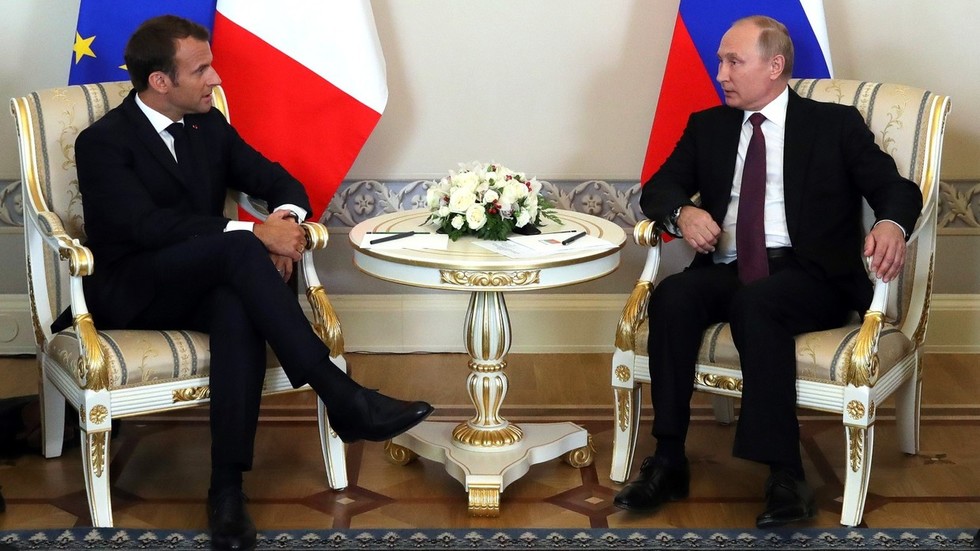 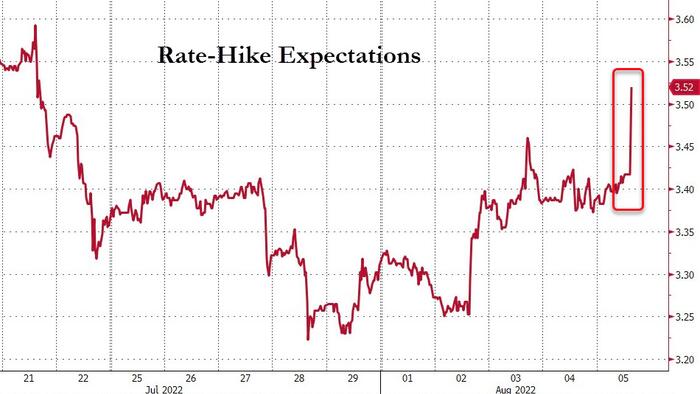