“Bexar County Sheriff Javier Salazar’s said in a statement that his office ‘has opened an investigation into the migrants that were lured from the Migrant Resource Center, located in Bexar County, TX, and flown to Florida, where they were ultimately left to fend for themselves in Martha’s Vineyard, MA.’”

So far, the Sheriff came up with no suspects, and the only crime he seems to be investigating is  “the luring” of the migrants.  If you were penniless and hungry, wondering around a small town with no place to go, and somebody offered you a warm meal and a free plane ticket anywhere in the US, wouldn’t you be “lured?”  That’s some sophisticated “luring” done by Governor DeSantis.  I think a serious investigation is in order – paging Merrick Garland.  Oh wait, I said “serious.”  Never mind.

I don’t know where the Sheriff got the information that the migrants were “left to fend for themselves,” either.  CNN told me on good authority that Martha’s Vineyard residents “enriched their lives” by greeting the migrants with food, warm clothing, and “dormitory-style spaces” to make sure they will never see the migrants again.  However, Bexar County sheriff was quick to answer a growing outcry by Democrats for “investigation” into Governor DeSantis:

“Attorneys who say they represent the 50 illegal immigrants flown to Martha’s Vineyard are calling on state and federal attorneys general to open a criminal investigation of Florida Gov. Ron DeSantis.”

So far, nobody has been able to point to a crime committed by Ron DeSantis, other than misrepresenting himself as a really effective travel agent providing free services for the poor.  I don’t know if that’s a felony so much as charity work, which would be hailed as a service to the community if done by a Democrat.  But there is a famous Russian quote attributed to Joseph Stalin: “Find me a man, and I’ll find you a crime.”  And in Ron DeSantis, the Democrats certainly found their man.

His crime is exposing Democrats as fools, hypocrites, and derelicts at just the right moment: the eve of the November election.  Martha’s Vineyard planes are the October surprise that came from the wrong party.  The media can no longer cover up the ugly face of the Biden border crisis.  So, just as they did when the “defund the police” narrative blew up in their face, the Democrats shifted, literally overnight, from defending it to blaming the side which exposed it.

Let’s hear from Kamala Harris – a person identifying as “part of the solution:”

“There were children, people being put on a bus or a plane who don’t know where they’re going, or where they were being sent. Human beings, real people who have fled harm, who came to the United States of America seeking refuge, asylum. I think it is the height of irresponsibility, much less just, frankly, a dereliction of duty when you are an elected leader to play those kinds of games with human life and human beings. If you think there is a problem, be part of the solution.”

The Biden administration opened the border and gave everyone an incentive to come in.  Even during his campaign, Biden promised that everyone who comes here illegally will get free stuff USA could not possibly pay for.  Because of the Biden’s open border policy, poor people surrender their children to the most dangerous criminals to smuggle them across the border.  Children do not know where they are going; many die or are abused along the way.  It is not clear how Kamala is being “part of the solution” to all of this, aside from placing blame for her own failure squarely where it belongs – Governor DeSantis.

A US President (or in our case, a person identifying as one) takes an oath to uphold the law.  As Kamala correctly pointed out, Biden is abdicating his duty as an elected leader, by not enforcing immigration law and using poor human beings while pandering to his far-left base.  If Kamala was less self-aware, she could have her own cable show.

Next in the media “killing DeSantis” lineup, Jeh Johnson, identifying as a homeland security expert and not a senile man in the Oval Office, assuring you that there actually is “the right way” to let 5 million completely unvetted people into the country:

According to Jeh Johnson, Biden is handling the border invasion just fine, thank you very much.  Sure, thousands of migrants are dead, and border towns are crashed, but Biden is giving “local authorities” a well over 20 minutes notice (at least as far as Jeh Johnson has been told, anyway) – and that’s more than enough time for a small town like El Paso to come up with “a plan” to take care of 8,000 people coming across the border every day.

The media went out of their way to contrast the red state governors flying migrants “without notice” with the Biden administration, which, apparently, “has a plan in place.” Apparently, all of them were attending a gender studies refresher course when Jen Psaki’s admitted to flying migrants without notice. The media thinks that flying migrants “in the early hours of the morning” is totally fine because all the babies Biden flew were then fully awake. Here is Jake Tapper taking issue with Greg Abbott transporting children to Washington DC “to make a political point:”

Jake Tapper does not mind that Biden’s policy encourages poor people to surrender their children to drug cartels.  He did not object when Biden used children to “make a political point” by canceling every Trump policy.  It’s only when conservative governors engage children to make a point that Biden’s policy is criminal, and Jake Tapper is complicit in defending it, that Jake starts to feel like “using children” is the line we can’t cross.

Here is the mayor of New York, Eric Adams, admitting that Ron DeSantis’ is exactly correct in stating that “sanctuary jurisdiction” is a fraud:

Jake Tapper: “Migrants were falsely told that jobs and housing were waiting for them when they arrived.  Were migrants sent to NYC similarly misled?”

Eric Adams: “Yes, they have been.  And it’s really unfortunate to see the government misrepresent where they are sending people.”

I am not sure Mayor Adams understands what “sanctuary” means.  To him, “sanctuary” is a front lawn sign declaring that “no human is illegal;” but to poor migrants, sanctuary means food, clothing, shelter, and not checking papers when they apply for a job.  Ron DeSantis never promised any of this to the migrants; it was “sanctuary” jurisdictions like NYC and Massachusetts that are doing that.  It isn’t Ron DeSantis who should be investigated for “luring” and “misleading” migrants; it is Joe Biden and far-left sanctuary jurisdictions who should be held accountable for exploitation and neglect of poor people, and jeopardizing the lives and well being of Americans. 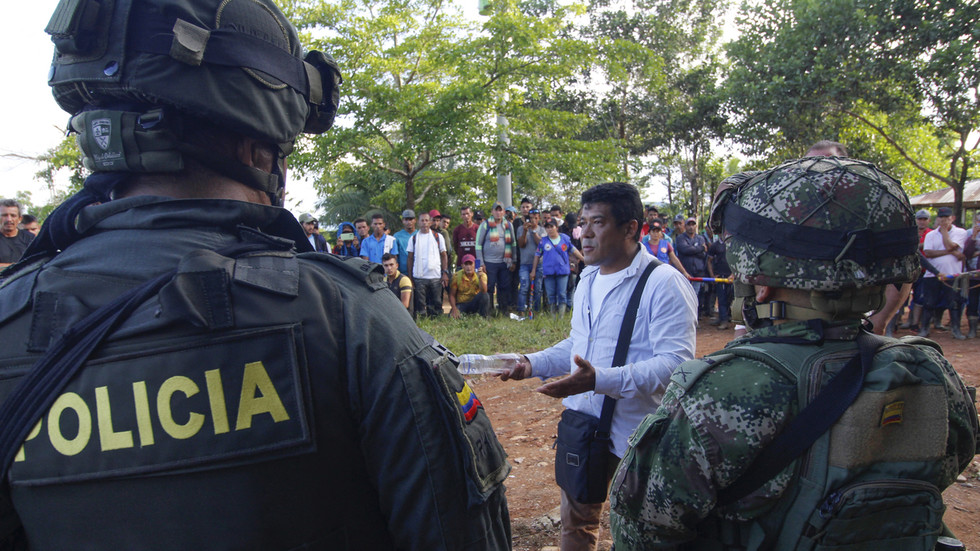