Robert K. Ressler, an agent with the Federal Bureau of Investigation’s (FBI) behavioral sciences unit, studied serial killers and noted, “Murderers…very often start out by killing and torturing animals as kids,” and he further observes, “… a fascination with cruelty to animals is a red flag in the backgrounds of serial killers and rapists.” The Humane Association agreed, reporting that 95% of serial killers abused animals.

The Chicago Police Department conducted a four-year study that “revealed a startling propensity for offenders charged with crimes against animals to commit other violent offenses toward human victims.” In fact, 65% of people arrested for animal cruelty or abuse also had a criminal record for violence against a human.

Donald Henry Gaskins claimed to have killed more than a hundred people. As a child, he was beaten by many “stepfathers” and did not even know his given name until his first arrest as a youngster! In a reform school, he was raped by fellow inmates, which happened during his future imprisonment. He tortured and mutilated many victims, trying to keep them alive as long as possible. He admitted to eating some of them! He killed the daughter of a South Carolina State Senator and was executed by the state of South Carolina.

Jeffrey Dahmer had an above-average I.Q. and killed 17 males, after which he had sex with them and cooked and ate them. In childhood, his hobby was torturing and killing his neighbors’ pets, and he even impaled a dog’s head on a stick and displayed it in his neighborhood. Dahmer also nailed bullfrogs to trees, collected animal roadkill, dissected the remains, and masturbated over the animals he had butchered.

Albert DeSalvo (the “Boston strangler”) killed 13 women and, as a child, trapped dogs and cats in a box and shot arrows through them.

Charming Ted Bundy killed 40 people and, as a child, watched his father torture small animals. Ted got his “kicks” by raping and killing women, and his final kick was from Florida’s electric chair.

Carroll Cole was arrested for murdering 35 people, and he told officials that the first time he was violent was when he strangled a puppy as a child.

Edmund Emil Kemper, as a child, killed cats that he found around the neighborhood and displayed their heads on poles. He ended up killing eight women, including his mother.

David Parker Ray was abused by his father and was bullied at school. He killed 60 people, including the torture and rape of many women. Tommy Lynn Sells is known to have killed 22 but is believed to have killed at least 70. Gerald Stano killed 41, Charles Cullen killed 45, and Coral Eugene Watts killed 40. Gary Ridgway confessed to 48 murders. Charles Manson was responsible for 35 ritual murders and tortured animals at satanic rituals. Albert Hamilton Fish was guilty of 15 murders and 100 rapes and setting animals on fire. Henry Lee Lucas, believed responsible for 100 to 200 murders, brutally tortured animals as a child.

Ludwig Tiene was an inmate with supervisory authority (often wrongly called an S.S. executioner) at Auschwitz, the Nazi prison camp, and was responsible for killing as many as 100 boys and young men per day! He “strangled, crushed, and gnawed” them to death while he often raped them.

Gilles de Rais lived in the 1400s and was a man of riches, rank, and reputation who fought alongside Joan of Arc. He was also a pervert and was executed after confessing to raping and killing about 200 (some say it was many hundred) children from ages six to 18. De Rais tortured, raped, and killed hundreds of boys (and some girls), after which they were cut apart and burned or eaten. This elegant pervert was devoutly religious (although he sacrificed to demons and made pacts with them), was brave in battle, loved music, and was a fastidious dresser. At his trial, he told the parents of his victims that he was their “brother in Christ.” Hundreds even wept for him as he swung from a rope by his neck. Such gullible fools are always among us, as are serial killers.

Hungarian Countess Elizabeth Báthory, who died in 1614, was a bisexual serial killer who Guinness World Records labeled as the world’s most prolific female killer. However, the precise number of her victims is debated. Her family controlled Transylvania, and her uncle was the king of Poland.

Báthory and four collaborators were accused of torturing and killing hundreds of young women between 1585 and 1609. The torture usually included severe beatings, burning, or mutilation of hands, biting the flesh off the faces, arms, and other body parts, and freezing or starving the victims to death. The highest number of victims cited during the investigation was 650. Because of her family’s status, she was not imprisoned but kept by her family in solitary confinement in a room with blocked windows until her death. Three of her servants who participated in the crimes were executed, and one was sentenced to life in prison.

Obviously, potential serial killers are tragic, troubled, and twisted individuals who need to be identified and helped while it is still possible to help them. Parents and educators are the first lines of defense; however, too many refuse to be sensitive to the problem. And we keep breeding more serial killers.

I don’t mean to be callous, cruel, or careless, but I am far more disturbed about the killer and his victims than I am about animals. Animals are not comparable to humans, as some animal rights fanatics declare. Animals were put on earth for our benefit. There is nothing wrong with using animals for food, work, or entertainment, although no one can defend their mistreatment.

Charles Darwin wrote in The Descent of Man, “There is no fundamental difference between man and the higher mammals in their mental faculties.” Darwin was wrong and made a fool of himself in an earlier book where he tried to show mankind evolving from a warm little pond. He had no proof of a little pond and no way to know whether it was cold, tepid, or warm. Or that any life evolved from it.

God commanded that a beast should not be muzzled in Deuteronomy 25:4: “Thou shalt not muzzle the ox when he treadeth out the corn.” In other words, if the beast provides labor, it is only fitting that it should be fed. Proverbs 12:10 declares, “A righteous man regardeth the life of his beast.”

When a child pulls the tail of a cat or dog, parents should caution the child and make an issue of the incident. It should be a significant teaching moment. Children should be taught to be kind, gentle, gracious, and thoughtful because it is right to be so. Parents should not say, “Don’t pull your dog’s tail; he may bite you.” No, he should not pull the dog’s tail because it is wrong to do so. Kids must be taught the difference between right and wrong in all situations.

Children must grow up with four-letter words that change a person and the world: love, kind, true, good, evil, etc. If children cannot recognize right from wrong, we will keep breeding serial killers.

Children who torture animals may unconsciously be following an ancient notion that they become more powerful by making others suffer. Cannibals believe ingesting another person transfers the victim’s power to the killer. In many parts of the world, torture has been used for millennia by many peoples for many reasons. Today, torture is used to punish people and to procure information and is being used as I write.

Dr. Peter Singer of Princeton University declared to CNN, “I think that a chimpanzee certainly has greater self-awareness than a newborn baby.” Singer also reiterated one of his most controversial positions regarding the right of parents to kill a newborn infant within 28 days of birth if the infant is deemed “severely disabled.” In my opinion, Singer is “severely disabled.”

Dr. Singer proves that all nuts are not on trees or in California.

Many of those same people say it is acceptable to have sex with an animal but not eat one! And, of course, it is permissible for animals to eat each other since there is no way to prohibit that, and that is “natural.” According to some, since animals are equal to humans, it is not only disgusting but criminal to eat them, even if they are bred for that purpose. That belief would sentence the world to starvation.

Many people who don’t believe the Bible use it to prove their point, such as those who tell us that God’s original plan was for mankind to eat plants. They are correct, but when Adam and Eve disobeyed God, sin came into the world, which changed everything. After the “curse,” animals were acceptable as food. Moreover, animals can be used in scientific experiments that can save the lives of millions of people. Again, one must be thoughtful without being a fanatic.

Children need to be molded, corrected, and guided into adulthood. When a parent sees a mean spirit, rebellion, anger, hatred, selfishness, etc., steps should be taken to resolve those destructive attitudes. If not, a Jeffrey Dahmer is in the making. But such an effort takes time, and most parents are too busy, lazy, or thoughtless to do proper parenting.

There are various and differing interpretations of Proverbs 22:6, but it definitely teaches that parents must talk, teach, and train their children if they want them to be honest, honorable, and hardworking. No parent wants to rear a serial killer or even a disruptive, dishonest, disagreeable, and disobedient child.

However, achieving that goal will require work—another four-letter word not heard much anymore. 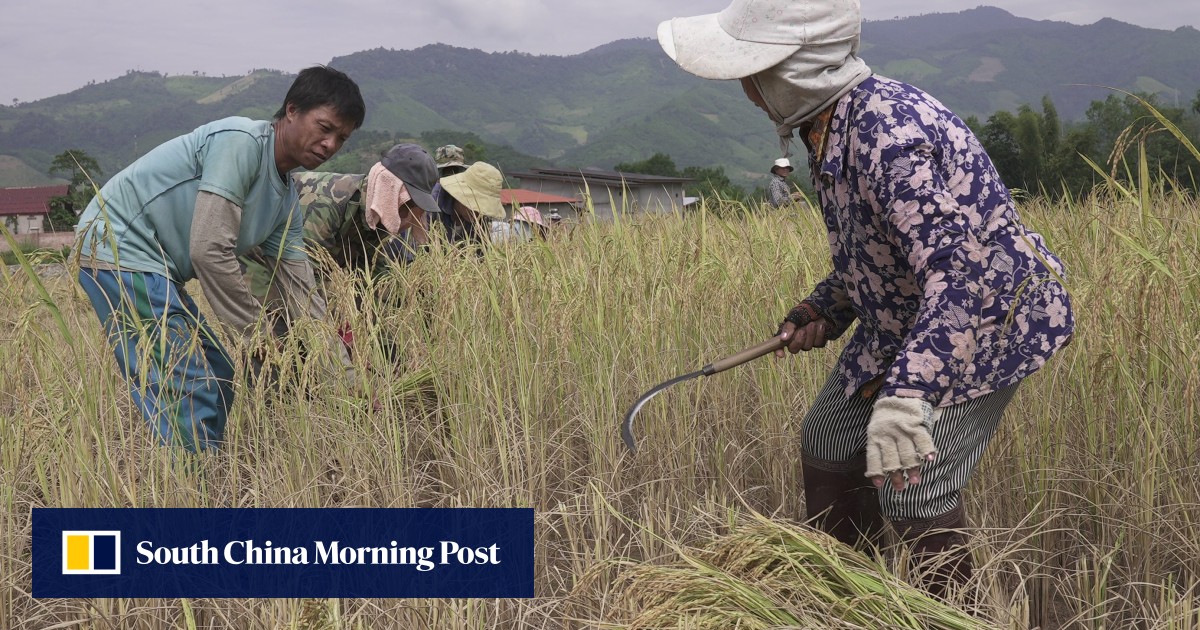