The Department of Health and Human Services is procuring a drug designed to treat radiation sickness, and symptoms include “impaired blood clotting as a result of low platelet count.”

Against rumbling threats about a nuclear attack, the U.S. Department of Health and Human Services (HHS) released a statement in early October, announcing a $290 million procurement of the drug Nplate to treat radiation sickness. The press release justified the purchase from California’s Amgen Inc. “as part of long-standing, ongoing efforts to be better prepared to save lives following radiological and nuclear emergencies.”

The Biden administration’s HHS purchase came coincidently after Russian president Vladimir Putin vowed in a late-September speech that he would use “all the means at our disposal” to protect Russia and its people, warning that “this is not a bluff.” Furthermore, just one day before the HHS’ announcement, Putin delivered a speech about the annexed eastern regions of the Ukraine and found a way to raise the topic of nuclear weapons again:

“The United States is the only country in the world that has used nuclear weapons twice, destroying the cities of Hiroshima and Nagasaki in Japan. And they created a precedent…They had only one goal, as with the nuclear bombing of Japanese cities: to intimidate our country and the rest of the world.”

Indeed, the Russian president’s rhetoric could be weaponized to justify a surge in the purchase or development of drugs to treat illnesses caused by radiation exposure in the event of a nuclear attack.

However, an HHS spokesperson denied that the procurement of Nplate was related to the ongoing Russo-Ukrainian conflict, such as the emergence of a Russian nuclear weapons convoy. “This is part of our ongoing work for preparedness and radiological security,” the spokesperson told The Telegraph. “It has not been accelerated by the situation in Ukraine.”

If we take the spokesperson’s word, it would be fair to ask why this “ongoing work for preparedness” has been taking place and for how long.

With the above in mind, let’s explore the motivation behind purchasing Nplate. The Food and Drug Administration first approved the drug in August 2008 to treat a disorder that caused excessive bleeding. Another approval followed in January 2021 for using Nplate as a radiation sickness treatment.

How does Nplate work?

According to the HHS’ press release, the drug Nplate is designed to treat a radiation sickness called “acute radiation syndrome (ARS).” The statement goes on to add that:

“ARS occurs when a person’s entire body is exposed to a high dose of penetrating radiation, reaching internal organs in a matter of seconds. Symptoms of ARS injuries include impaired blood clotting as a result of low platelet counts, which can lead to uncontrolled and life-threatening bleeding. To reduce radiation-induced bleeding, Nplate stimulates the body’s production of platelets. The drug can be used to treat adults and children.”

It’s interesting to learn that one of the listed, arguably prominent symptoms include blood clotting inside a blood vessel (thrombosis) resulting from a low level of platelets (thrombocytopenia).

Curiously enough, medical journals haven’t stopped reporting the prevalence of thrombosis with thrombocytopenia syndrome or vaccine-induced thrombotic thrombocytopenia as a “rare risk” following a COVID “vaccine” or inoculation, particularly among women aged 20 to 50.

For example, consider a diversity of studies published since 2021 or as late as October 2022, or check out publications from the biomedical literature search engine PubMed, and type in the keywords “thrombocytopenia vaccine” since the date of the COVID jab rollout.

But it’s just a coincidence, I guess, particularly for those who were previously unfamiliar with the terms “thrombosis” and “thrombocytopenia” until they started learning about “serious but rare” adverse effects resulting from a COVID jab.

Indeed, the HHS press release adds that Nplate is approved for adult and pediatric patients with immune thrombocytopenia, a condition described as a blood disorder resulting in low platelet counts, and that “repurposing drugs for acute radiation syndrome that also are approved for a commercial indication helps to sustain the availability of the product and improves healthcare provider familiarity with the drug.”

The fact that immune thrombocytopenia has gained attention as a “rare risk” associated with the COVID shots is just another coincidence. I’m falsely connecting the drug Nplate with the possibility (or suspicion) of treating a vaccine-induced adverse reaction due to the sleepless nights spent devouring medical studies over the last two years.

So let’s continue exploring the drive for a drug that is meant to treat “impaired blood clotting as a result of low platelet counts.”

The early October statement from the HHS informs that Amgen Inc. developed Nplate with support from the Biomedical Advanced Research and Development Authority (BARDA), which uses its “authority provided under the 2004 Project Bioshield Act and $290 million in Project BioShield designated funding to purchase this supply of the drug.”

Furthermore, we are told that:

Okay, we understand that the HHS spokesperson is inferring that BARDA using its authority to purchase Nplate to treat ARS is all part of ongoing work “for preparedness and radiological security.” Invariably, this leads us to explore a video distributed in New York City (NYC) that begins with someone saying against the sound of sirens, “So there’s been a nuclear attack.”

Video about preparedness in the event of a nuclear attack

In mid-July, a new public service announcement (PSA) from the NYC Emergency Management Department didn’t just capture The Big Apple; it caught the attention of mainstream media outlets across the nation.

The 90-second video entitled Nuclear Preparedness PSA advises New Yorkers on three steps to mitigate the threats of nuclear exposure, including getting inside a building away from windows, washing off any radioactive dust, and staying tuned for media updates.

A range of news pieces was unleashed upon a broad audience, from NPR to Forbes and Fox News. Such articles either described the video or built upon the PSA announcement by encouraging readers to take orderly action in the event of a nuclear attack.

Okay. But why release such a preparedness video now?

Because it’s something people haven’t given much thought about, said NYC’s emergency management deputy commissioner to The Associated Press. Christina Farrell continued to say that the video aims to raise awareness about new threats, stating, “I don’t know if there’s ever the perfect moment to talk about nuclear preparedness.”

Indeed, the NYC Emergency Management has released a series of PSAs for its Ready New York program since 2003. But the fact that this particular video has captured the attention of the mainstream media is very telling—that, perhaps, all Americans are being nudged to stay alert for the possibility of another attack on U.S. soil?

New York Mayor Eric Adams told reporters at a news conference that the video was a “great idea,” and added that:

Many people would agree it’s better to be safe than sorry; better to be prepared and vigilant about the likelihood of disruption to everyday life. But Adams mentioned the situation in the Ukraine on two occasions after being quizzed on whether the video might cause unnecessary alarm among the general public.

At this rate, we might start hearing the latest buzzword over an idea purposely infused and weaved into our psyche—an idea that follows “safety” and “progress.”

You guessed it: “preparedness.”

To learn more, visit https://ckeeganan.substack.com, and for comments or questions, send an email to ckeeganan@substack.com. 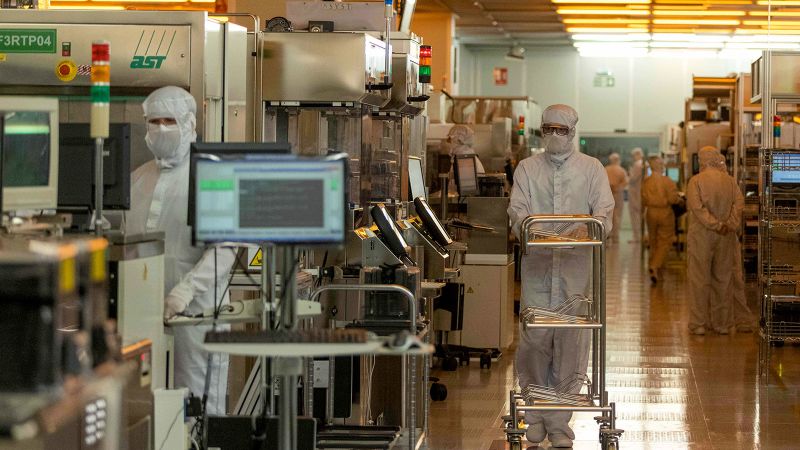