James Comey detailed various crimes committed by Hillary Clinton for sending/receiving and deleting classified emails on an unsecured server. Comey concluded that “any reasonable person in Secretary Clinton’s position should have known an unclassified system was no place to have those conversations.” Even though Comey said “any reasonable person” should have known not to do what she did, he also said, “there is evidence of potential violations regarding the handling of classified information, our judgment is that no reasonable prosecutor would bring such a case.”  As the well-known syndicated political talk show host often says of such leniency given to those on the Left – “it’s good to be a Democrat.”

Chris Plante is correct. There is no way Donald Trump would have escaped prosecution if he had been in Hillary’s shoes, and we’re seeing that now regarding the DOJ appointing a special counsel to investigate violations over record keeping. The DOJ/FBI have completely broken what tenuous public trust they had by lying to the FISA courts to obtain warrants on Trump based upon the Christopher Steele dossier they knew to be false. Justice should be equal whether the subject is a Republican or a Democrat, but the old saying – what’s good for the goose is good for the gander does not apply. Indeed, it’s wonderful to be a Democrat!

We could spend hours illustrating the many instances of inequity by the DOJ, the FBI, and the media in their tireless pursuit to destroy Donald Trump, but even if they successfully charge and convict him, will it be good for Democrats? So are Democrats and the Left potentially setting themselves up for a crushing defeat in 2024. Polling is clear that Rick DeSantis’s star is rising, and many republicans prefer him to be the candidate in 2024. Ron DeSantis leads former president Trump by 45 percentage points in a new 2024 Florida Republican primary voters poll. 66% of Florida GOP voters prefer DeSantis compared to only 21% for Trump.

A survey of Texas voters likely to participate in the 2024 Texas Republican primary election found that DeSantis was the top choice, with 43% of respondents saying they would vote for him if the primary election were held today compared with 32% for Trump. DeSantis’ support among the surveyed voters surged to 66% when they were asked about a situation in which Trump would decline to run in 2024.

The Left is cheering the assault on Donald Trump like insatiable bloodthirsty ghouls, but are they reading the tea leaves that depict a possible horror story for them in 2024? Trump is facing a potential Obstruction charge and conviction stemming from the raid on Mar-a-Lago that would probably reinforce his base but hurt his support among Independents and moderate republicans. It is highly unlikely that a conviction would render Trump ineligible to run in 2024; however, it would hurt his chances of winning.

Anything can happen between now and the 2024 presidential election, but the trend shows Ron Desantis garnering broader support among voters than Trump. Democrats should be careful what they wish for in keeping Donald Trump from getting reelected. It may turn out that they are paving the way for an ascendant, Ron DeSantis, to wipe them out in 2024. 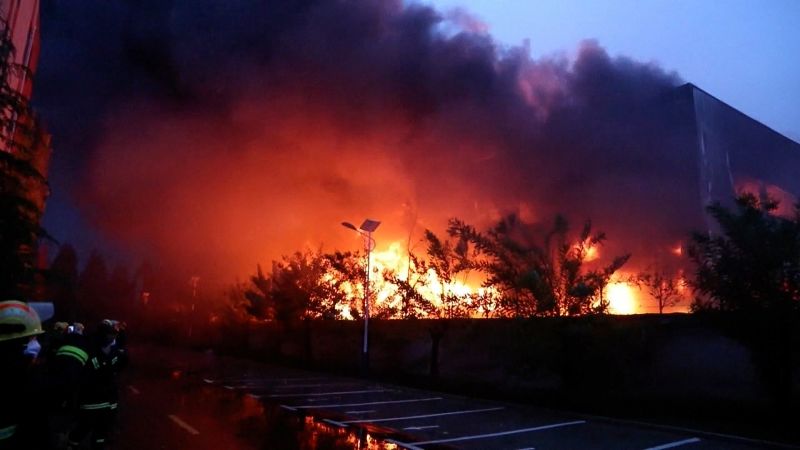