The stakes are high among billionaire moguls as they invest in developing brain-computer interfaces. How will we, as people with self-respect, respond to the usage of such technologies?

There’s big competition in big business. And it’s competition between moguls obsessed with getting inside our head.

Ever wonder why such people are suspected of having a fetish for mass control, surveillance, and micromanagement of individual lives—from the food we consume to the car we drive; from the media we consume to the amount of carbon we emit? (If so, you wouldn’t be the only one.)

Big funding to impact areas of neurology in need:

Those curious about the investments of billionaire magnates learned in late December 2022 that Bezos Expeditions had contributed towards Synchron raising $75 million in funding.

The justification for such “disruptive science” technologies like brain-computer interfaces (BCIs) is the potential to stimulate specific regions in the brain and treat neurological injuries. Oxley estimates that roughly 100 million people worldwide with upper limb disabilities could benefit from such technology.

Indeed, a medical rationale might sound reasonable and isn’t even new. As expressed in a piece about the World Economic Forum supporting brain implants, medical-focused technologies such as electroceuticals aim to manage epilepsy, and cochlear implants aim to restore or aid hearing.

It is necessary to emphasize that such advancements serve niche medical purposes and aren’t normative in society. Yet consider the last two years of government-issued lockdowns, scrutinized contact tracing of viral tests, coerced masking and inoculations, and the drive for a personal carbon tax, carbon credits, and an end to gas-powered vehicle sales by 2035. We are also learning about research-phase and pilot tests of central bank digital currencies that might scrap the need for cash—and another layer of personal privacy.

Given the above, a growing suspicion is the possible—or maybe potential—promotion and mainstreaming of BCIs that begins with incentives and, before we’ve even had time to put up a good fight, coercion, and mandates.

Established in 2016, Synchron competes with Musk’s Neuralink in fundraising, demonstrating enthusiasm for BCIs among investors. While Neuralink has raised $363 million to date, Synchron is becoming one of the highest-funded companies in its industry totaling $145 million, according to PitchBook Research.

Despite the expensive process of obtaining approval for BCIs by the Food and Drug Administration (FDA), Synchron was granted “breakthrough” status in August 2020 and secured an “investigational device exemption” in July 2021, helping to facilitate the commencement of clinical trials.

As a result, Synchron is presently testing BCI implants in patients, and doctors are expected to observe them for a year and report their findings to the FDA. The trial, known as COMMAND, assesses the effect of the BCI on everyday tasks, such as texting, emailing, and online shopping.

How does Synchron’s brain implant work?

Using a minimally invasive procedure, Synchron’s BCI is inserted in a blood vessel on the surface of the brain’s motor cortex, a region responsible for planning, controlling, and executing voluntary movements.

Once implanted, the BCI would detect and transmit “motor intent” from the brain using wireless technology, enabling people with severe paralysis to control their smartphones or computers with a hands-free approach.

While Synchron has already started inserting brain devices into humans as part of an FDA-approved trial, Neuralink aims to follow suit in 2023. Unlike Oxley, who has focused on the medical need for BCIs, Musk has long maintained that humans need such augmentations to keep up with advancements driven by artificial intelligence.

“You are so used to being a de-facto cyborg,” Musk said. “But if you’re interacting with your phone, you’re limited.” As a result, he believes that Neuralink’s BCI could become mainstream, enabling wireless information sharing between humans and computers.

Thus, a Neuralink implant would be inserted into people by carving out a piece of their skull and attaching the BCI to their brain; the implant would detect and transform neuronal activity into digital information that a computer or smartphone would interpret.

Well, isn’t that just great—and what are the chances everyday people will be excitedly lining up for a BCI implant any day soon?

Public opinion on the future use of brain implants:

A Pew Research Center poll released in March 2022 showed that only 13 percent of Americans thought technologies like Neuralink implanted in the brain would be a good idea for society.

Around 78 percent of the 10,260 surveyed adults stated they would not personally want a brain implant even if they were widely available. Thus, Americans generally appear hesitant about such technologies, being anywhere near their brain at least.

Indeed, an aversion to having a foreign object attached to our brain is a natural mechanism for survival—and sanity. Thus, besides the expected public reaction towards brain implants as normative, not everything is functioning so smoothly in the world of Neurolink.

A federal probe into Neurolink over the mistreatment of animals:

In early December 2022, Reuters reported that Neuralink was under federal investigation for potential mistreatment of animals, given employee complaints that animal testing was being rushed, and causing unnecessary harm and deaths.

According to a Reuters review involving interviews with more than twenty current and former employees, the investigation arose amid growing criticisms that pressure from Musk to accelerate development had resulted in flawed experiments.

No scientific experiment should be rushed, especially when a substance or device is immersed into another living, breathing entity. Indeed, a University of Colorado neuroscientist commented in The New York Times, stating that BCI developers will have to “surmount the challenge of operating electronics for years in the soggy milieu of the brain” and must demonstrate that the implant “doesn’t generate heat or current that unduly injures the delicate brain tissue.”

So, yes, there is a good reason for maintaining high ethical standards within interdisciplinary medical research and technology development.

The business of BCIs is growing:

But it’s not just Neuralink and Synchron on the horizon. Over the last decade, the exponential rise in artificial intelligence has spurred interest—and investment in BCIs. As a result, at least seven companies are developing their own brain implants to allow a patient with neurological impairment to control a smartphone or computer using exclusively their brain.

Indeed, dating as far back as 2017 through 2021, between twenty and thirty companies have been developing systems in the neurotech field, that is, any method in which electronics interface with the nervous system to monitor or regulate neural activity.

Yes, such technologies often serve a niche medical cause before being captured by those who see its “potential” for other reasons, such as mass control, mass manipulation, and micromanagement on a mass scale. Of course, it will be marketed as a “natural progression” from smartphones, and a “convenience” or even a “necessity.” How “convenient” to have a BCI implant that connects to the Internet and transfers a surge of new information into my brain with little effort, right?

Just that no, it’s not right.

It’s not right when we’re potentially giving up our personal sovereignty, depriving ourselves of what could be the last layer of privacy—and our basic dignity and self-respect. Once we are connected to the Internet, we are connected to a global system of interconnected computer networks, which, mind you, carries the risk of hacker attacks that steal or destroy information by installing dangerous malware without our knowledge.

So what can everyday Americans do with such technology?

Our awareness of the potential abuse of any technology is the power to create a society that ensures our natural rights are protected. We, the People, as rational thinking individuals, must ensure that our children and grandchildren preserve their dignity and self-respect, and know when to reject ideas that promote a sedentary lifestyle of convenience and laziness—which is often presented as tempting services for “the greater good.”

As elaborated in an earlier piece, We, the People, must create grassroots initiatives with that can-do American spirit and zeal, understanding that “politics is downstream from culture, and thus the work to inspire a generation of patriotic American leaders starts now.”

Cameron Keegan is an independent researcher and writer on American politics, faith, and culture through a conservative disposition. To learn more, visit Dear Rest Of America. Please consider making a small contribution via “buy me a coffee” because your support will help provide you with ongoing commentary. 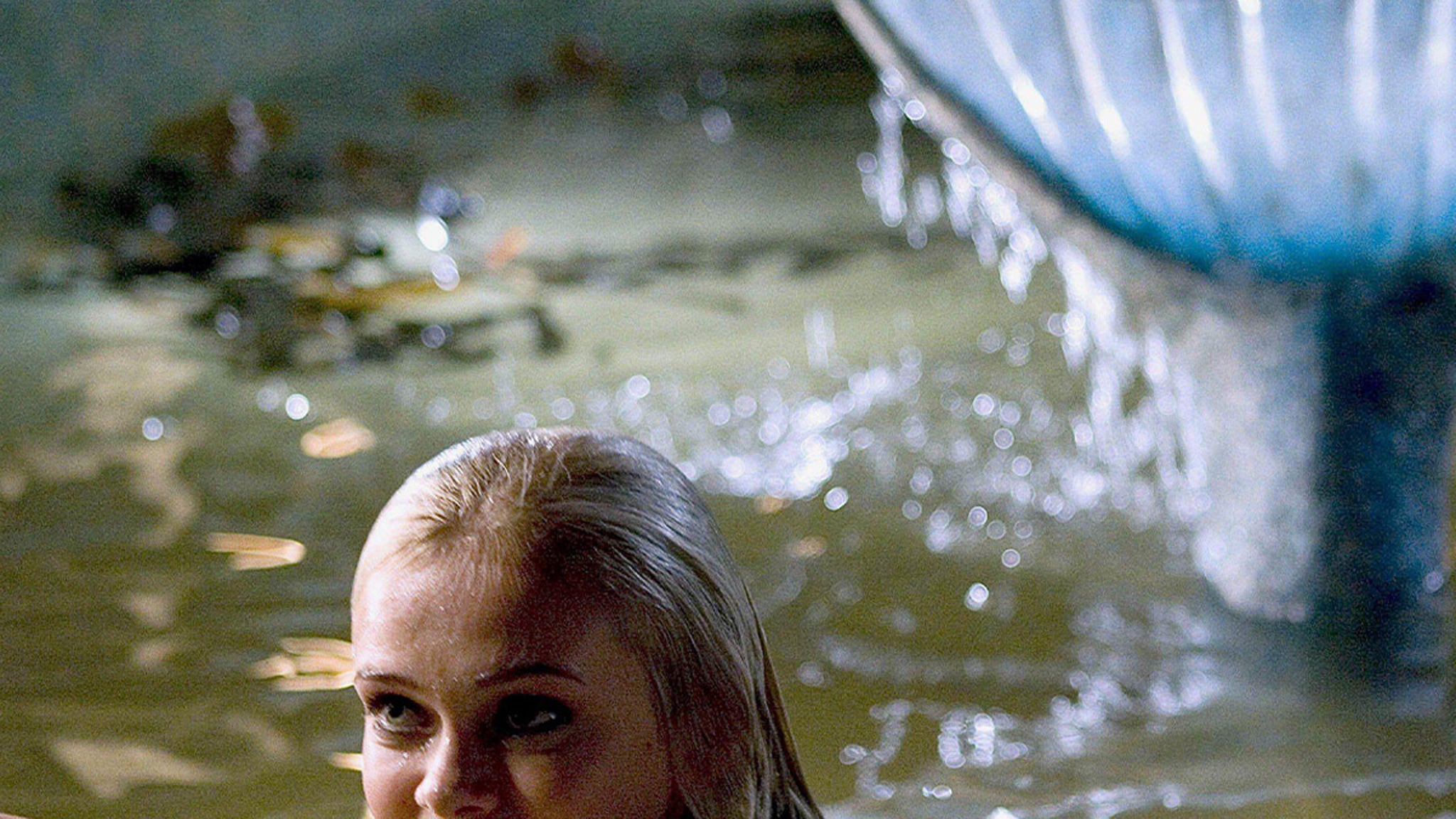